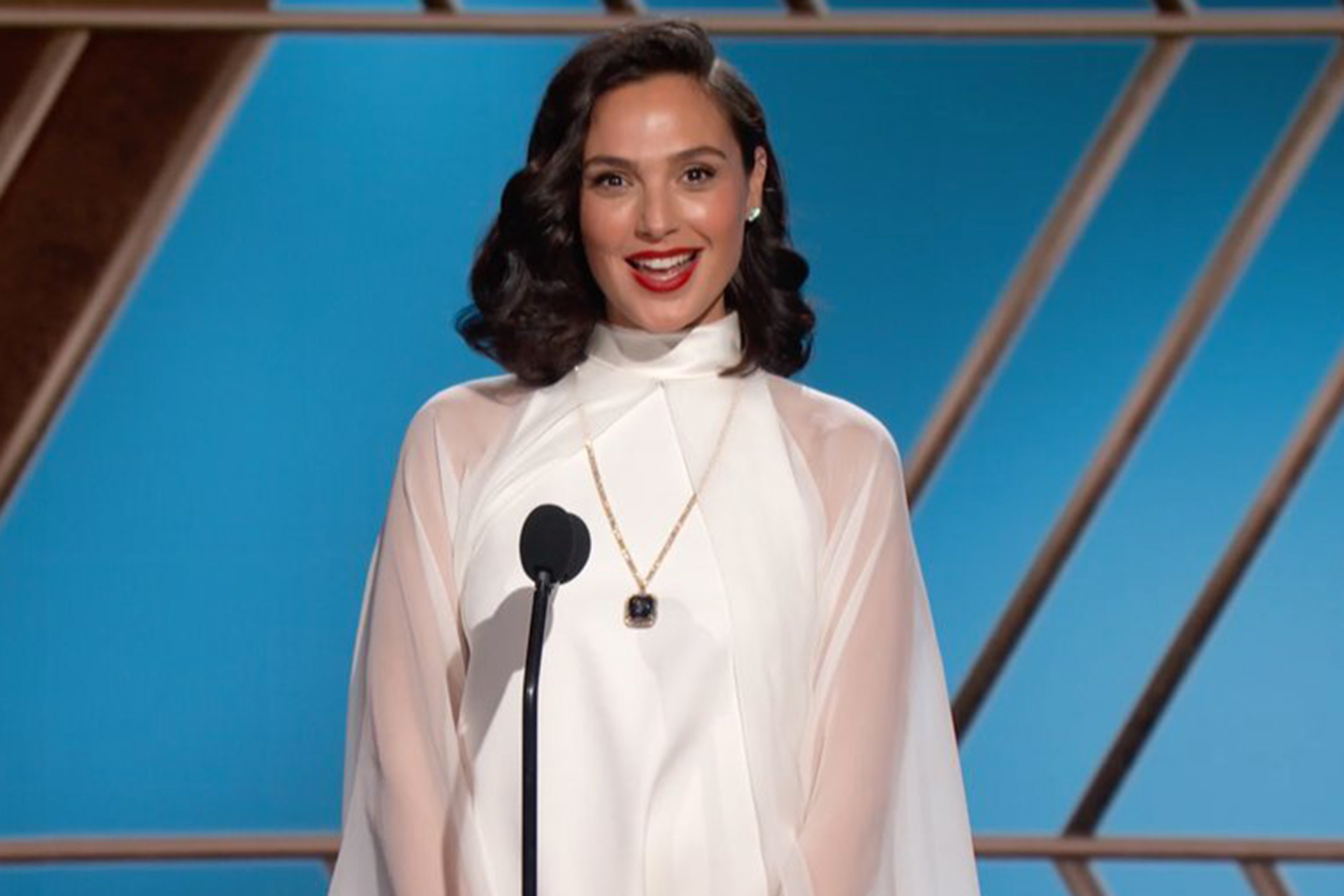 Gal Gadot traded her skintight superhero style for a flowing frock at the 2021 Golden Globes.

The “Wonder Woman 1984” star, 35, sported a white Givenchy dress with sheer sleeves while presenting an award during Sunday’s virtual ceremony.

She accessorized the short style with jewels from Tiffany & Co., perhaps as a nod to her character Diana Prince’s predilection for the heritage brand.

While some celebrities dressed down for the ceremony, the “Justice League” actress was among the many stars who stepped up their at-home style for the occasion.

Gadot has been married to Yaron Versano since 2008, and the pair share two daughters, Maya and Alma.