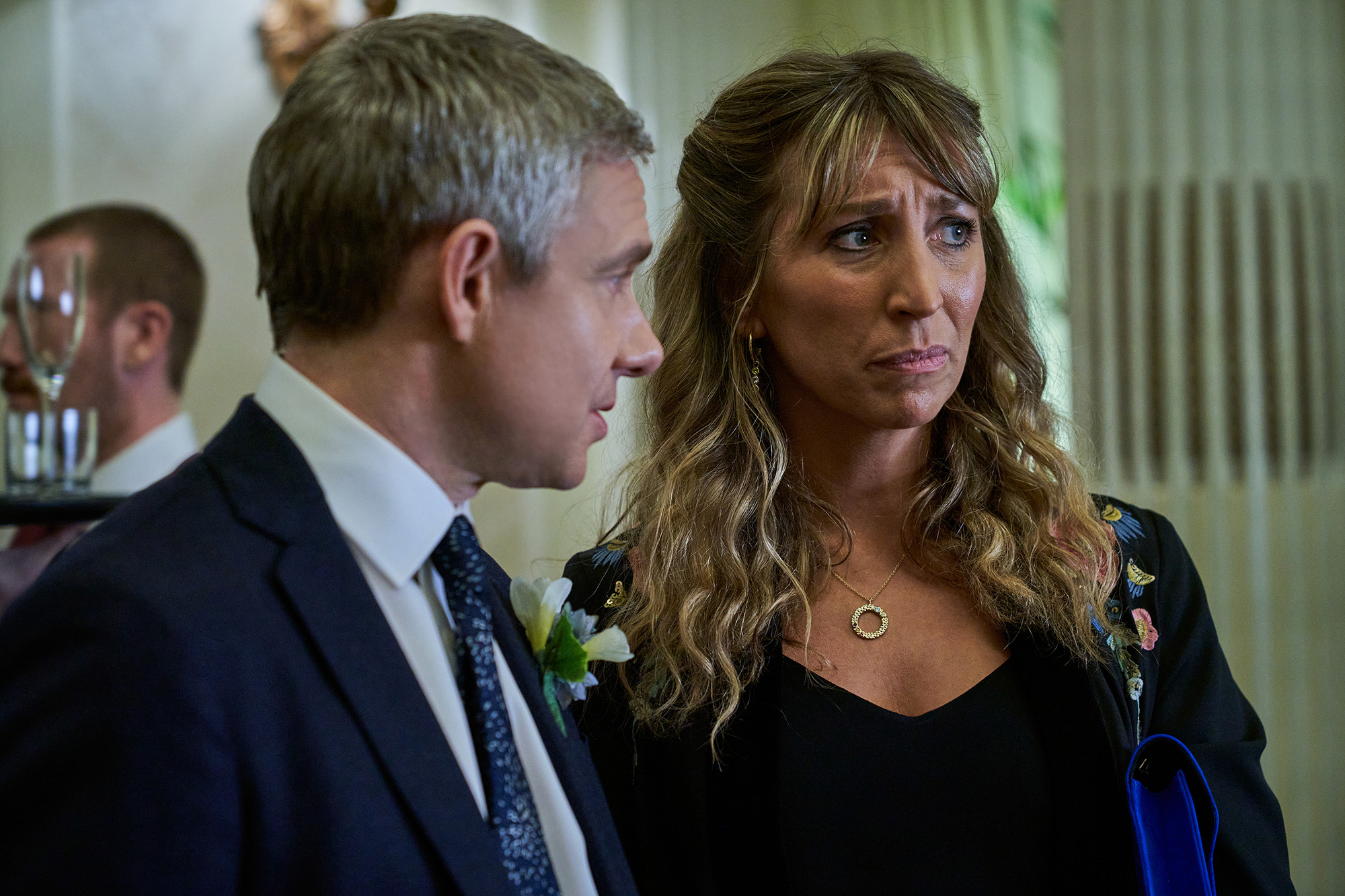 “Breeders,” which jumped ahead six years from Season 1, was co-created by Freeman, Chris Addison and Simon Blackwell, who also created the British comedy “Back” and won two Emmys for his work on HBO’s “Veep.”

Blackwell, 54, spoke to The Post about this Monday night’s episode and what’s in store for the Worsley family going forward.

The situation between Paul and Luke seems like a culmination of seeds that were planted in Season 1.

It wasn’t necessarily the arc from the get-go. I think once we’d seen how Paul parented, particularly with Luke…we thought we would age the kids up six years and then it became inevitable that [Paul’s] parenting a teenage boy would not work out — particularly with a boy like Luke, who’s troubled and anxious. I had the idea, when we were finishing Season 1…of Luke punching Paul. It’s a very significant moment in a father and son’s life when the son is strong enough and tall enough to hit his father. Suddenly there’s this young man who can hurt you — and I thought it was interesting to play that and see all the repercussions. That moment, “the punch,” was the only thing in my head for Season 2. Everything evolved around that detail.

Alex Eastwood as Luke in Monday night’s season finale of “Breeders” on FX.

What effect will “The punch” have on Ally and Paul’s relationship?

I think, in Season 2, you’ve seen them as an even stronger couple than in Season 1; they’ve had another six years to cement themselves as a unit and as a couple. I absolutely buy them as a couple on screen, which you don’t always do for TV couples. They’re very strong, and I think they need to be. They need an absolute solidity to get through this next phase of the family being broken and fractured. If we have a Season 3, I think we’ll still feel the echoes of that punch…nothing can ever be the same again, which means that Ally and Paul can’t be the same again, but I think they will find a way to be a couple because they’re so much in love and so solid and have been through a lot.

For all his faults, Paul is very self-aware.

He’s very moral. He knows when he’s gone too far, but it doesn’t stop him from going too far — that’s his tragedy. When Luke’s run off at the end of [last week’s episode] and Ally tells Paul he made a bad mistake, Paul says, “I know. I was angry. I went too far.” He knows it; he knows he needs to step up to plate as a dad and the sacrifices he needs to make and the moral complexities of what’s at stake. He knows it but he doesn’t learn from it, and that’s a horrible thing.

He and Joanna Bacon [Paul’s mother, Jackie] are based on my late parents. They’re the easiest characters to write, because basically I just channel my parents. They say stuff [my parents] would’ve said if they were around, and it’s quite sweet. I feel like I’m having a conversation with my late parents now because when I’m writing [for Jim] I can hear my dad’s voice…and Jackie has sort of a South London accent, which was my mom’s accent. It’s spooky to see them on screen but also lovely to have that little bit of dialogue now that my parents aren’t around anymore.

Will there be another time-jump if the series returns for a third season?

We would cheat the viewers if we jumped forward: “A lot of interesting stuff just happened and now Luke is 19.” We owe it to the audience to see how this plays out. Eve and Alex, who play Ava and Luke, are so good [that] it would be mad to not use them again. They’re fantastic actors — we gave them such complicated material and they were so brilliant.