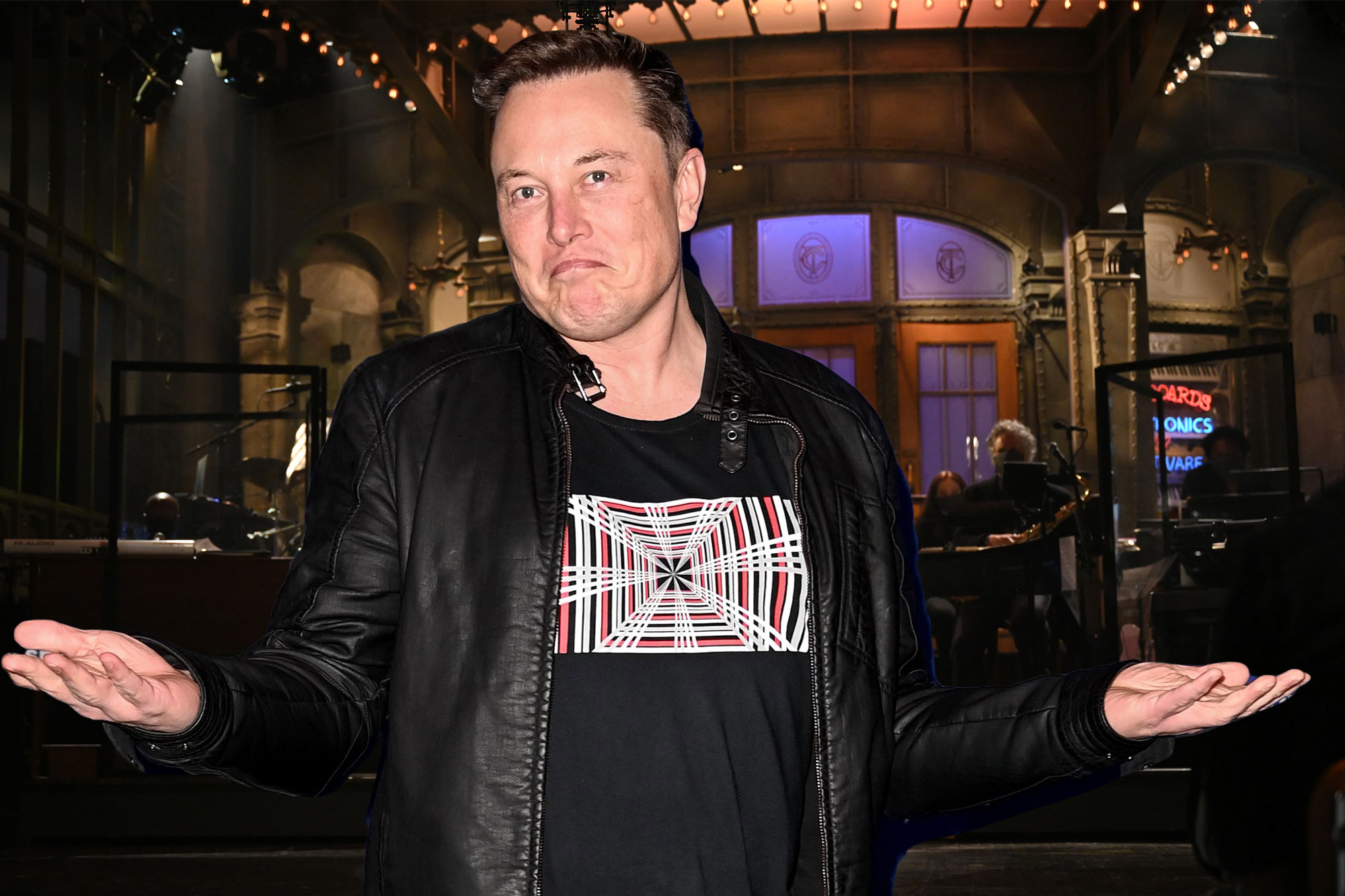 Rocket man Elon Musk exclusively tells Page Six that the rumors that the “Saturday Night Live” cast is upset that he was chosen to host this weekend’s show, is “much ado about nothing,” and tells us everyone is being friendly and working with him.

Last week, “SNL” stars, including Bowen Yang, seemed to express upset over Musk’s hosting gig. After the Tesla CEO posted, “Let’s find out just how live ‘Saturday Night Live’ really is,” Yang responded, “What the f–k does this even mean.”

Aidy Bryant seemed to take a swipe at the SpaceX pioneer by tweeting a Bernie Sanders quote stating, “The 50 wealthiest people in America today own more wealth than the bottom half of our people.”

Both Yang and Bryant subsequently deleted their posts.

According to Forbes, Musk’s net worth is $179 billion.

But when Page Six asked Musk, 49, how rehearsals were going in light of the hubbub and speculation, he told us exclusively that it was all “much ado about nothing.”

Perhaps Shakespeare in the Park is in his future?

When asked if everyone was being friendly and willing to work with him, the extremely concise mogul simply told us, “Yes.”

The cast of the 46th season of “Saturday Night Live.”Mary Ellen Matthews/NBC

A source told Page Six last week that cast members who are upset with the choice of host do not have to appear in sketches with them.

“Speaking historically, if a cast member has been that unhappy, they don’t have to do it,” a source told us. “[‘SNL’ boss Lorne Michaels] won’t ever make them do anything they don’t want to do.”

The outspoken tech mogul has courted COVID-19 controversy recently, suggesting that he wouldn’t take the vaccine — before reversing course — and wrongly predicting last year that there would be “probably close to zero new cases” in the US by the end of April 2020 and calling coronavirus lockdown measures “fascist.”

A rep for SNL did not respond for comment.