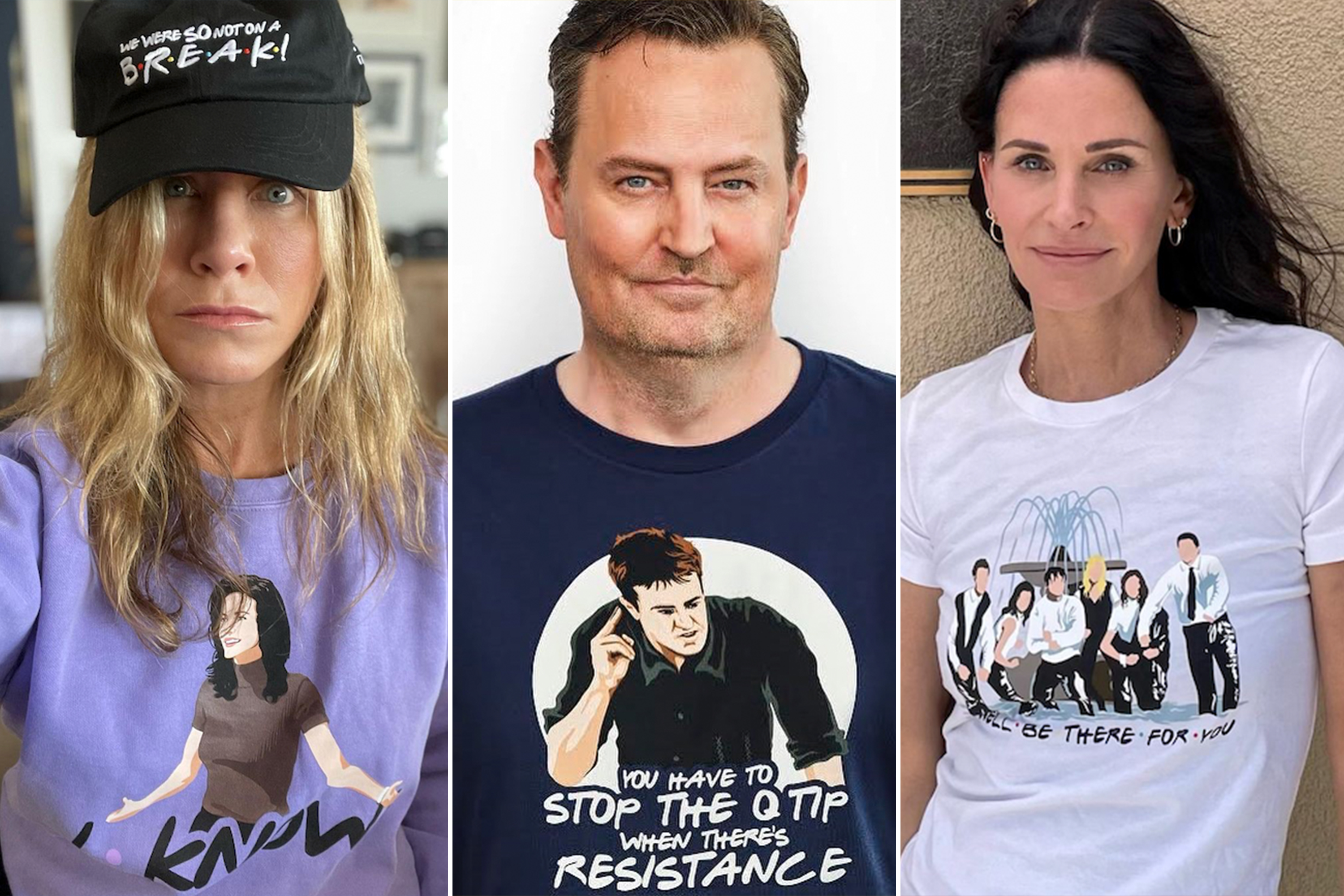 Call it “The One Where Everyone’s a Model.”

Priced from $19.99 for mugs to $49.99 for hoodies, the line is inspired by iconic scenes and quotes from the sitcom’s first three seasons — from “Smelly Cat” to “We were on a break!”

Aniston, Cox and Schwimmer also shared that half of their proceeds from the collection will go to causes they care about: Americares, The Epidermolysis Bullosa Medical Research Foundation (EBMRF) and The Rape Foundation, respectively.

The collection represents the first of three merch drops; later lines will presumably include references from later “Friends” seasons, with each capsule available for just four weeks.

The merchandise release follows the May debut of HBO Max’s much-anticipated “Friends” reunion, which saw the actors sharing a room again for the first time in 17 years.