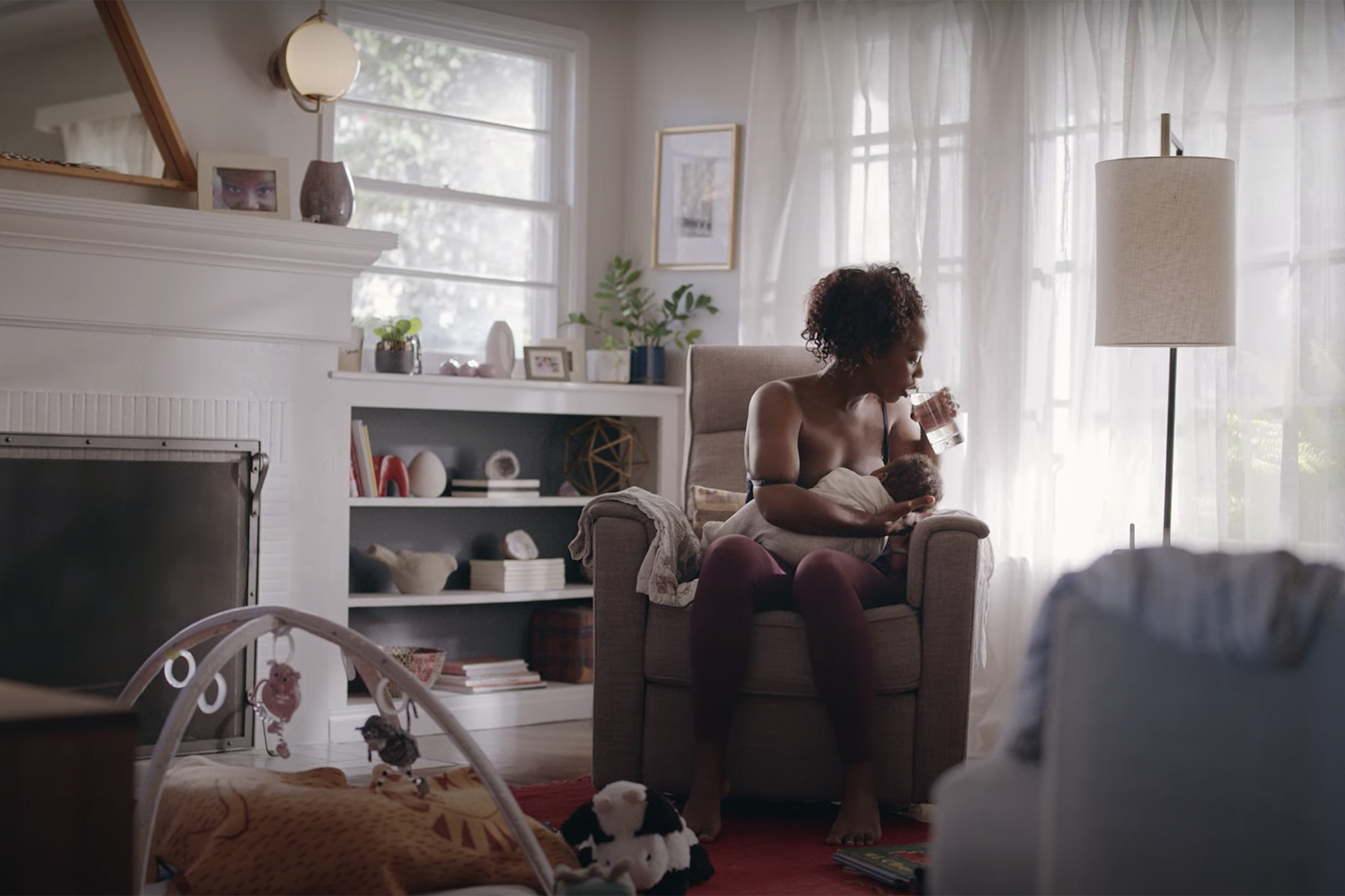 Parenthood brand Frida Mom aired what is believed to be the first commercial ever to show lactating breasts on television during the 2021 Golden Globes on NBC Sunday.

“All right girls, you’ve got this: Latch, and latch better, and oh God, unlatch, unlatch,” a female voice narrates in the 75-second commercial as two new moms breast-feed their babies with their nipples uncensored.

“That Frida Mom commercial was EVERYTHING! Thank you for showing such accurate depictions of Motherhood,” one fan wrote.

“That Frida mom ad was a big deal. how many ads have you ever seen about breastfeeding, or even pumping?” another said.

“Not gonna lie, your Golden Globes ad was more important than the Golden Globes. The cabbage, the electric toothbrush … my wife’s been through it all. Was not expecting a tv commercial to hit so hard. Thank you,” added another Twitter user.

“Is FridaMom public? I’d like to invest,” joked another fan.

That Frida Mom commercial was EVERYTHING! Thank you for showing such accurate depictions of Motherhood. #FridaMom— Nicole Bilotta (@Nicole_Bilotta) March 1, 2021

Others were excited to learn about the product, with one fan writing: “My 65yo mom on that @fridababy commercial: ‘You didn’t even know that stuff existed when I was having kids! The doctor didn’t even tell you! You just had to wander pharmacies and hope you’d find something to help.’”

The ad is part of Frida Mom’s #sprayitforward campaign, and has received praise from viewers on YouTube, some of whom are mothers themselves.

“We’re lifting the veil on the challenges new moms (and their breasts) face as they DIY their way through lactation woes — from massaging out clogged ducts with an electric toothbrush to slowing the flow with cabbage leaves,” reads the video’s caption on YouTube. “It’s time to care for your breasts, not just your baby.”

Frida Mom’s ad is believed to be the first to show lactating breasts on television.Frida Mom

Previously, Frida had an ad barred from showing during the 2020 Oscars for being “too graphic.” That commercial showed an exhausted-looking new mother trudging into a bathroom wearing thick, diaperlike mesh underwear, sitting on the toilet, urinating and changing the underwear.

Stassi Schroeder Opens Up About Her Struggles With Getting Back In Shape After Giving Birth – Pic!
Oprah Suggests Royal Life Was ‘Unsurvivable’ For Meghan Markle And Prince Harry In Teaser Video For Their Interview!
Comment