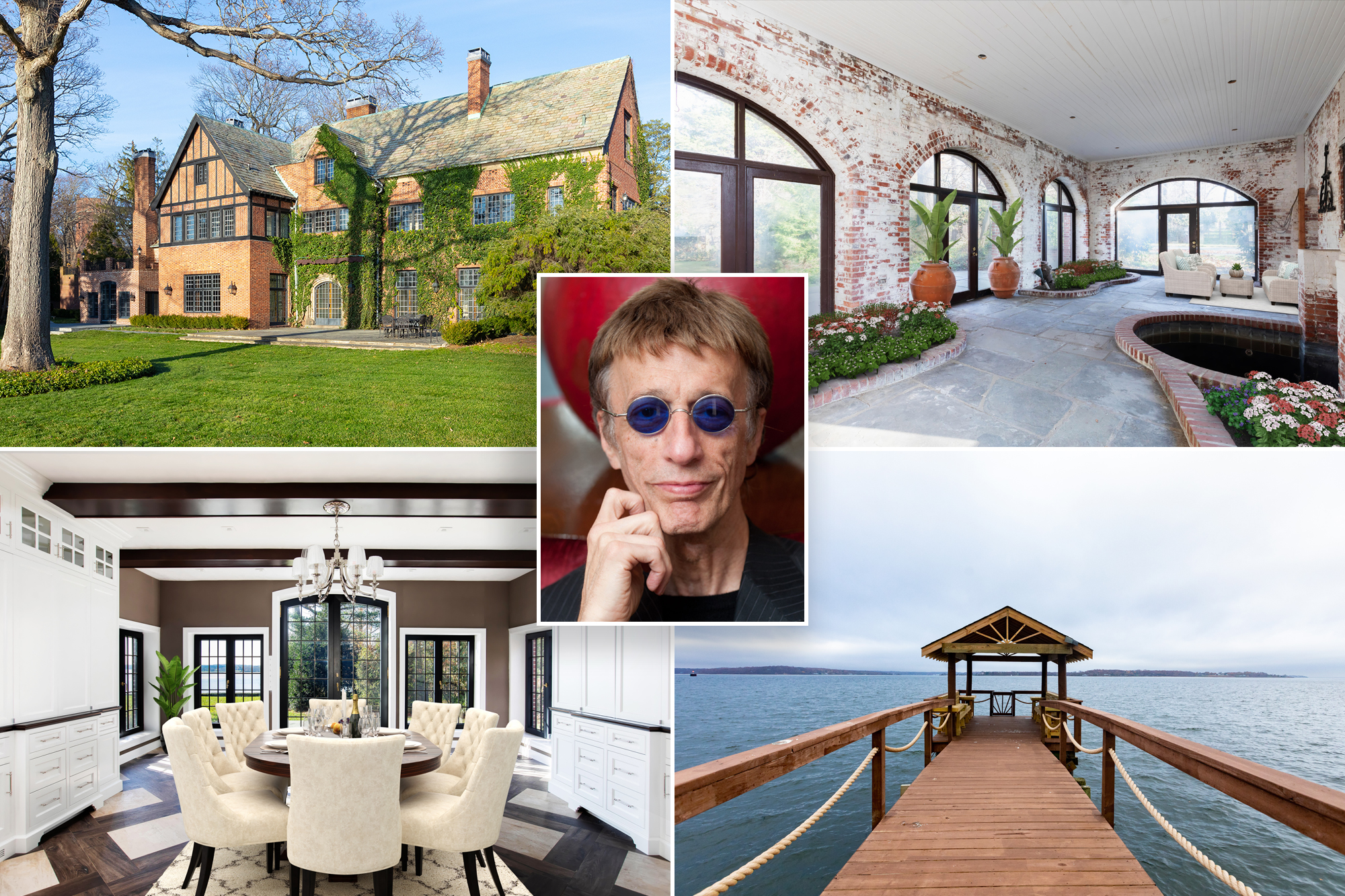 It’s free to whistle the disco melody of any Bee Gees track — but when it comes to buying the home of a former group member, it costs lots more than just a song.

On Long Island, a seven-bedroom spread that once belonged to Robin Gibb can be yours for $12.9 million, the listing brokerage told The Post.

Gibb, who died in 2012 at age 62 following complications from cancer and surgery, owned this Lloyd Harbor home in the 1980s. The iconic ’70s band also featured Gibb’s brothers Barry and Maurice, the latter of whom was his fraternal twin.

The nearly 7-acre spread, at 31 Mallard Drive in Lloyd Harbor, is called “Kenjockety,” which according to the Long Island Press is a Native American term that means “far from noise.” It appears that Gibb owned it for just a brief time in the ’80s — selling it to a couple named Paula and Bruce Rice in 1983. The Rices are not the current sellers.

Kenjockety dates back to 1926, when Arthur H. Fleming — a lumber operator in the American West — built it for his daughter, Marjorie, as a wedding gift. Fleming tapped architect Bertram Grosvenor Goodhue, who designed St. Bart’s church on Park Avenue in midtown Manhattan.

Other touches include radiant-heated floors in the entry hall, a “Winter Garden” room off the living room that looks out onto gardens and the bay as well as a master suite with a private balcony and a walk-in closet with mahogany cabinetry.

The grounds additionally house a renovated one-bedroom cottage with its own fireplace. Also outside: a built-in pool and 500 feet of private beachfront.

This isn’t the home’s first go on the market. Zillow shows it previously listed for $9.95 million in 2016, then upped its price to $12.99 million the following year. It has spent time on and off the market ever since.