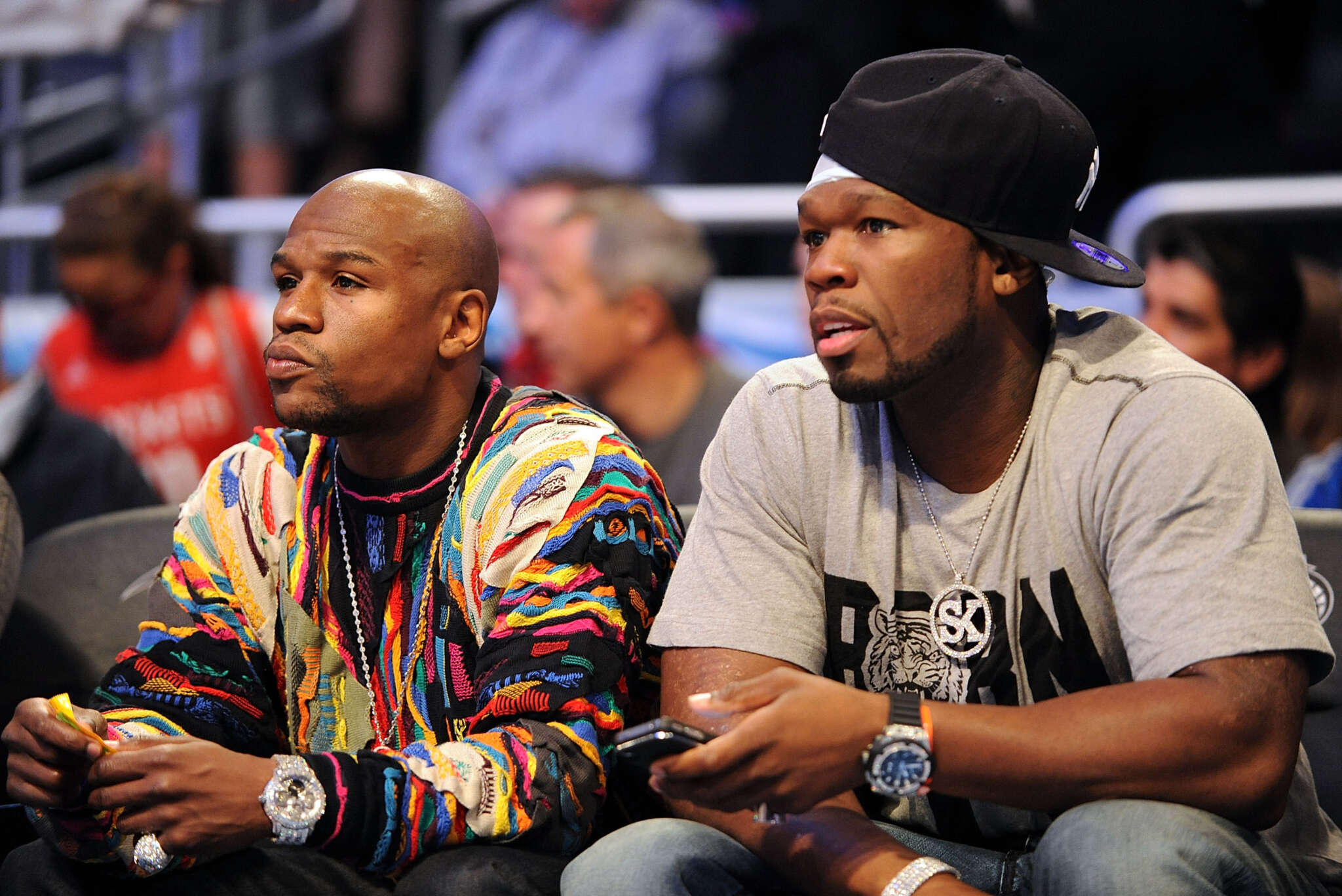 It’s been revealed that Floyd Mayweather is thinking about going on-on-one with his former pal 50 Cent this year. The Shade Room is asking readers who they support in this matchup.
Dont embarrass 50 like that’ someone said. Another follower posted this: ‘Now Floyd u no damn well 50 not doing tbt.’
One commenter said: ‘Naw. 50 is petty. He would rather do a reading challenge lol,’ and one other follower said: ‘Floyd is a trained fighter. Y’all think cause 50 is big and tough that means anything.’
Someone else said: ’50 about to go in the ring and ask Floyd to read 😩😣’ and one other follower posted this: ‘I don’t think that’s a great idea for 50.’

A follower said: ‘Is it bad I wanna see him embarrass 50 just once,’ and someone else said: ‘If he didn’t battle TI, he ain’t fighting Floyd.’
Someone else said: ‘“Fighting” or “Boxing”, because ummm…. 😳😂’ and a commenter posted this: ’50 would come out looking like Tommy Herns from Martin 😭😭😭😭 Man hell Nah LMAO’
A follower said: ‘That’s just dumb Floyd is a professional.’
In other recent news, these two made headlines when it’s been reported that whenever Floyd Mayweather finds himself in the entertainment news circuit, you can expect Curtis Jackson – AKA 50 Cent – to at least say something.
Fans of the rapper know he and Floyd were once friends; however, it quickly turned sour for reasons that aren’t entirely clear.
Of course, 50 Cent has been in the headlines for his remarks related to other public figures, including last year in November when he touched on Naturi Naughton‘s hairline.
50 Cent also found himself in trouble when he made remarks about the Tory Lanez and Megan Thee Stallion foot-shooting controversy (which went down over the summer months in the middle of quarantine lockdown).
Anyway, stay tuned for more news about 50 Cent.
Advertisement

RELATED: 50 Cent Mourns After Nipsey Hussle In His Own Way, Even If Haters Bash Him – Watch His Video

Ronda Rousey And Her Husband Are Expecting Their First Child – Video!

Aaron Rodgers Reveals Engagement Only Days After Reports About His Romance With Shailene Woodley!
Tom Brady Really Wants His Whole Family To Be At The Next Super Bowl – It Could Be His Last!
Comment