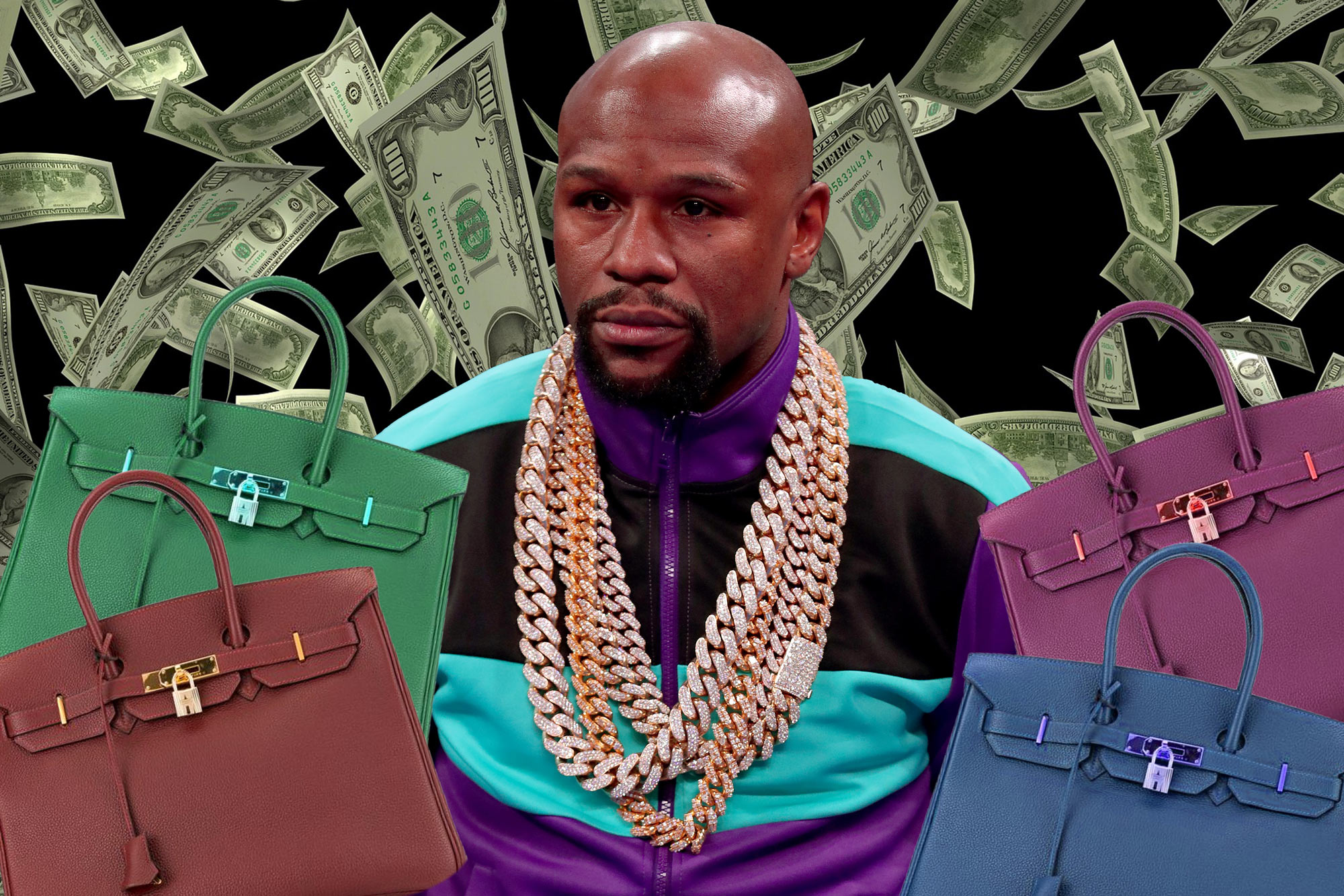 They don’t call him Floyd “Money” Mayweather for nothing.

“He didn’t say who the bags are for,” an insider told Page Six Style on Tuesday, adding, “But it was implied [they were] for his ever-growing collection.”

We hear one of Mayweather’s business associates had popped by the store and immediately FaceTimed the athlete to come over “right away” to view the store’s handbag collection.

While it’s unclear who the pricey purses were for, a spy recently told us that Mayweather was spotted courting a “very attractive” mystery woman over dinner at Miami hotspot Joia Beach last week.

And as Page Six previously reported, Mayweather is rumored to be engaged to stripper Anna Monroe.

Mayweather is no stranger to throwing around cash. The big spender’s multimillion-dollar watch collection includes an $18 million timepiece, and he claims to own “the biggest Chanel bag in the world.”

“I got this bag from Karl Lagerfeld, RIP, may he rest in peace,” he said while flaunting the giant carryall in July 2019.

And he doesn’t just throw down on fashion. Page Six reported in 2018 that Mayweather made it rain at a Miami club, throwing $5,000 into the air.