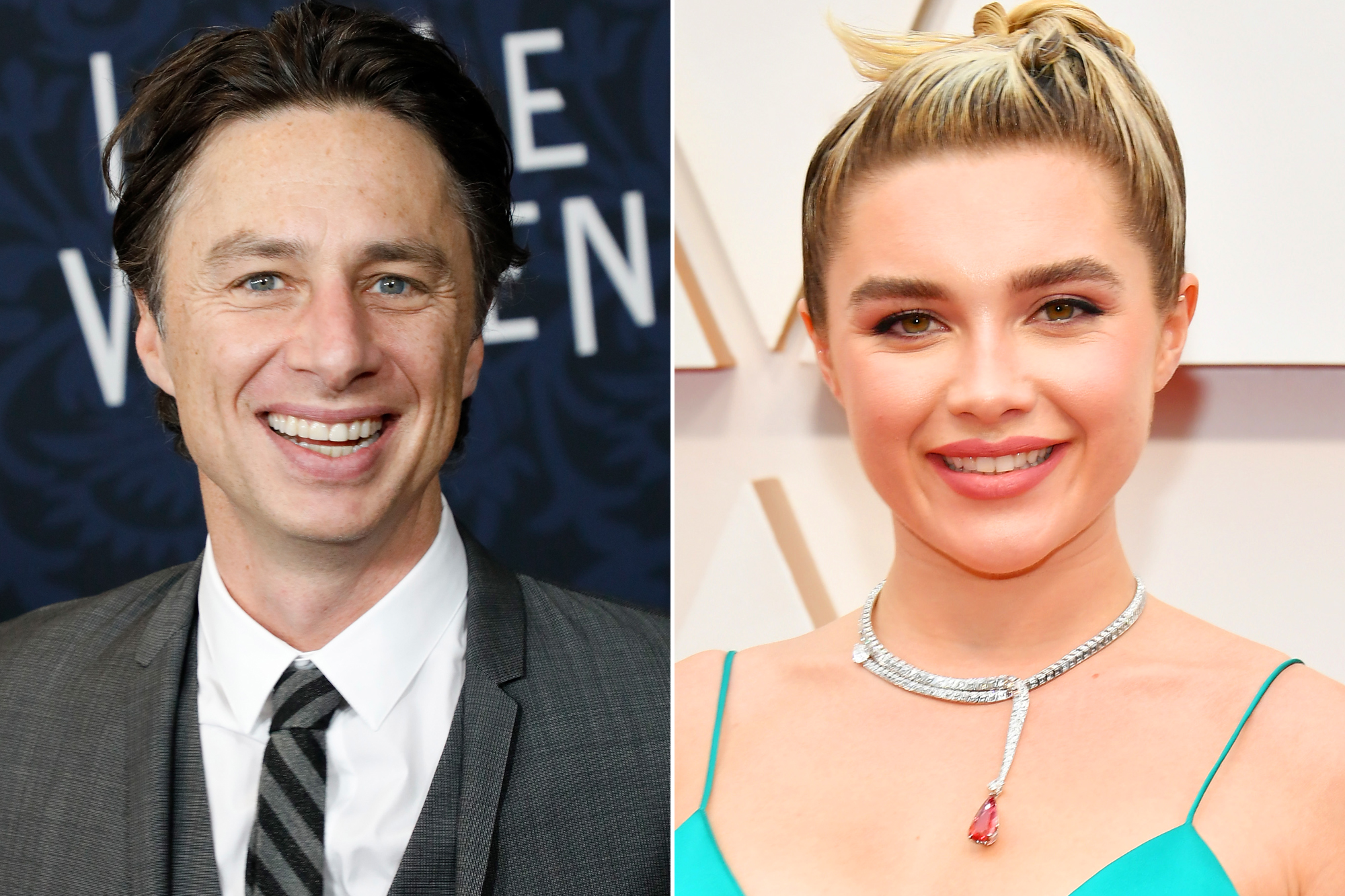 After Zach Braff called girlfriend Florence Pugh a “gift to the world” on her 25th birthday earlier this year, she returned the favor on his 46th by saying he’s “magical.”

Addressing Braff with the pet name “chicken” in an Instagram tribute, Pugh gushed that her beau is a “special fella.”

“His need to make people laugh and smile is never ending, his constant generosity and love for others is infectious, his creativity and ability to put real and honest words onto the page inspires many and all who’s around him, but above all.. his appreciation for life and excitement for LIVING is something I always take note of,” Pugh wrote alongside photos of Braff with their dog Billie in her April 6 post.

Florence Pugh and Zach Braff are seen out and about in Los Angeles. SplashNews.com

Back on Pugh’s birthday on Jan. 3, Braff wrote on Instagram that she is “the most fun person I’ve ever met,” and also said, “What a pleasure it is to know you. What a gift to the world it was that you were born.”

The “Scrubs” star and the “Little Women” actress have been dating since 2019. Since the start of their romance, Pugh has defended the couple’s two-decade age gap.

“I’m an actor because I like acting and I don’t mind people watching my stuff, but people have no right to educate me on my private life,” she told Elle UK last year.

Safaree And Erica Mena Are Officially Back Together! See His Message
How ‘Cobra Kai’ star Jacob Bertrand connects with young fans
Comment