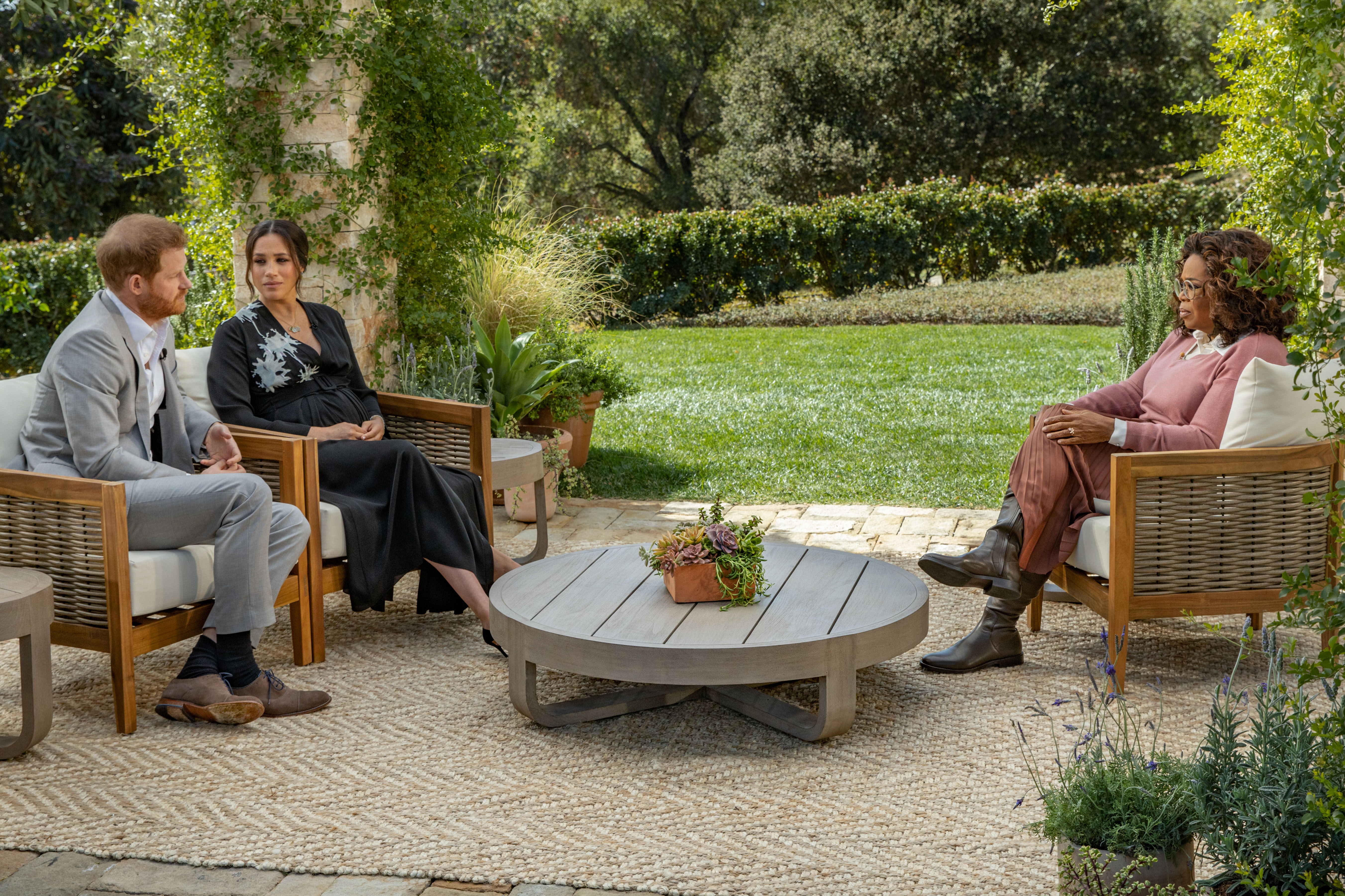 Meghan Markle is poised to say that life in the royal family was “almost unsurvivable” in an astonishing tell-all interview with Oprah Winfrey.

The first glimpse of Winfrey’s CBS interview with Markle and husband Prince Harry aired Sunday night during an ad break for “60 Minutes.”

And what the couple tell Winfrey is so sensational that the legendary host says, “You’ve said some pretty shocking things here … wait, hold up, wait a minute.”

Cradling her middle, pregnant Markle — who doesn’t speak in the trailer — looks at the billionaire media mogul as Winfrey asks her, “Were you silent or were you silenced?”

Winfrey adds, “I just want to make it clear to everybody there is no subject that’s off limits.”

In another moment, she says to Markle, “Almost unsurvivable sounds like there was a breaking point.”

Prince Harry and Meghan Markle are seen during their interview with Oprah Winfrey airing next month.Joe Pugliese/Harpo Productions

Dressed in a black-and-white gown with a gold necklace, and with her hair pulled away from her face in a bun, Markle, 39, is then joined by her 36-year-old husband.

The pair clutches hands as Harry, who has frequently spoken of his heartbreak at the death of his mother Princess Diana — tells Winfrey, “My biggest concern was history repeating itself.”

Speaking further on his mother, who in her famous 1995 BBC interview with Martin Bashir broke her silence on Prince Charles’ affair with Camilla Parker Bowles, Harry makes it clear that he is still agonized over her passing.

He says, “You know, for me, I’m just really relieved and happy to be sitting here talking to you with my wife by my side because I can’t begin to imagine what it must have been like for her going through this process by herself all those years ago.

“Because it has been unbelievably tough for the two of us but at least we had each other.”

Winfrey’s interview has been extended to a two-hour exclusive primetime special to air Sunday, March 7.

The pair will speak on their decision to leave the royal family and move to California with their baby son Archie.

A source told Page Six of the tell-all, “It is in-depth and fascinating.”