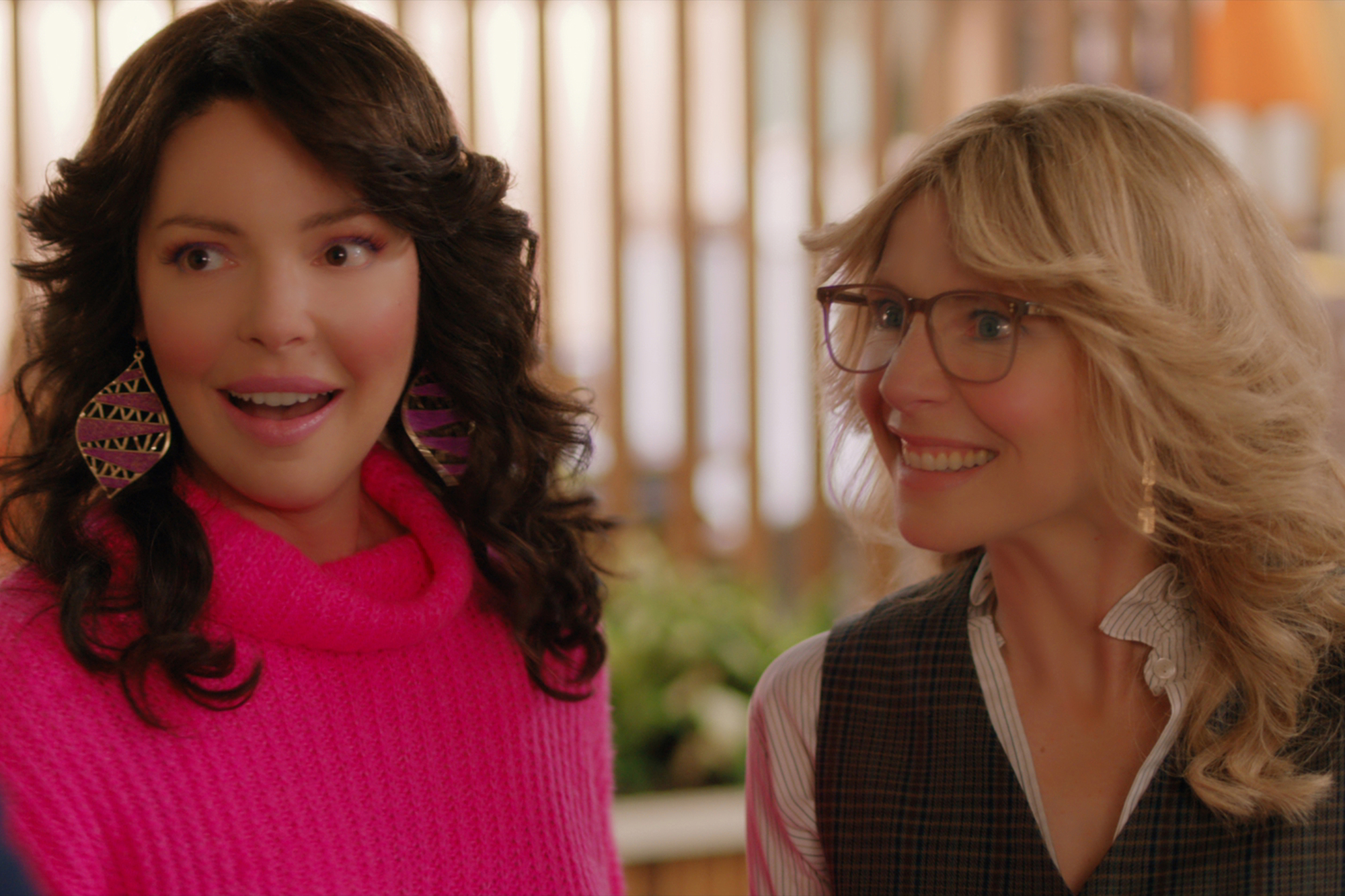 Series veterans Katherine Heigl and Sarah Chalke team up for the first time on the small screen in “Firefly Lane,” based on Kristin Hannah’s 2008 novel.

The 10-episode Netflix drama, adapted for the small screen by Maggie Friedman, pinball-pings between the ’70s, ’80s and 2003 and will appeal to fans of earnest, tug-at-your-heartstrings drama finessed by two familiar TV faces.

The storyline is woven around BFFs Tully Hart (Heigl) and Kate Mularkey (Chalke), who meet as teens in the mid-’70s when Tully (Ali Skovbye) moves to the show’s titular street with her hippie/druggy irresponsible single mom Cloud (Beau Garrett), who’s constantly stoned and oblivious to her daughter’s needs.

Kate is a good-natured soul, a socially awkward outsider who is, by turns, repelled by and gravitationally drawn to Tully, who exposes her to a side of life she could only heretofore imagine. They become fast friends, bonding over their markedly different home lives, a tragic secret and a shared love of small-town adventure and escapism.

Katherine Heigl and Sarah Chalke team up for the first time on the small screen in “Firefly Lane.”COURTESY OF NETFLIX

As the series unwinds, we track the arc of Tully and Kate’s friendship, which endures through high school and beyond as they room together in college and enter the workplace. At this point, Heigl and Chalke take over and continue in the Tully/Kate roles as the years progress. Life will throw them both curveballs in their romantic, professional and personal lives. Kate marries and has a daughter (Yael Yurman); Tully, determined to become a trailblazing TV anchor in Seattle, eventually lives the dream in that be-careful what-you-wish-for kind of way. Ben Lawson plays their romantic lightning-rod, Johnny Ryan, an Australian former war correspondent (with requisite stubble and pearly whites) who’s reduced to producing a softball local news program — and is not happy about it.

I can’t say how closely the characters and situations in “Firefly Lane” adhere to Hannah’s novel (she’s a co-executive producer). The series is entertaining enough in that angst-y kind of way, with solid performances all around, particularly from Skovbye and Curtis as the younger Tully and Kate. They’re very believable as odd-couple opposites who appreciate what they find in each other, and their performances are complemented by a nice on-screen chemistry.

“Firefly Lane” is based on Kristin Hannah’s 2008 novel.COURTESY OF NETFLIX

Heigl and Chalke, with long track records in network drama, inherit the best-friends mantle and seesaw back-and-forth between their 20s and 40s alter-egos with aplomb, revealing the depths of their characters’ triumphs and tribulations. (Kudos to the show’s six-person makeup team, costume designer Allisa Swanson and art director Kristina Lyne).

I wouldn’t call the series binge-y in that “gotta see the next episode — now!” kind of way. It does get a bit repetitious at times, and its decades-jumping plotline, often within a single continuous scene, can be jarring and confusing (wait, what year is that?)

But if you’re looking for an interesting place to visit, a stroll down “Firefly Lane” will do the trick.