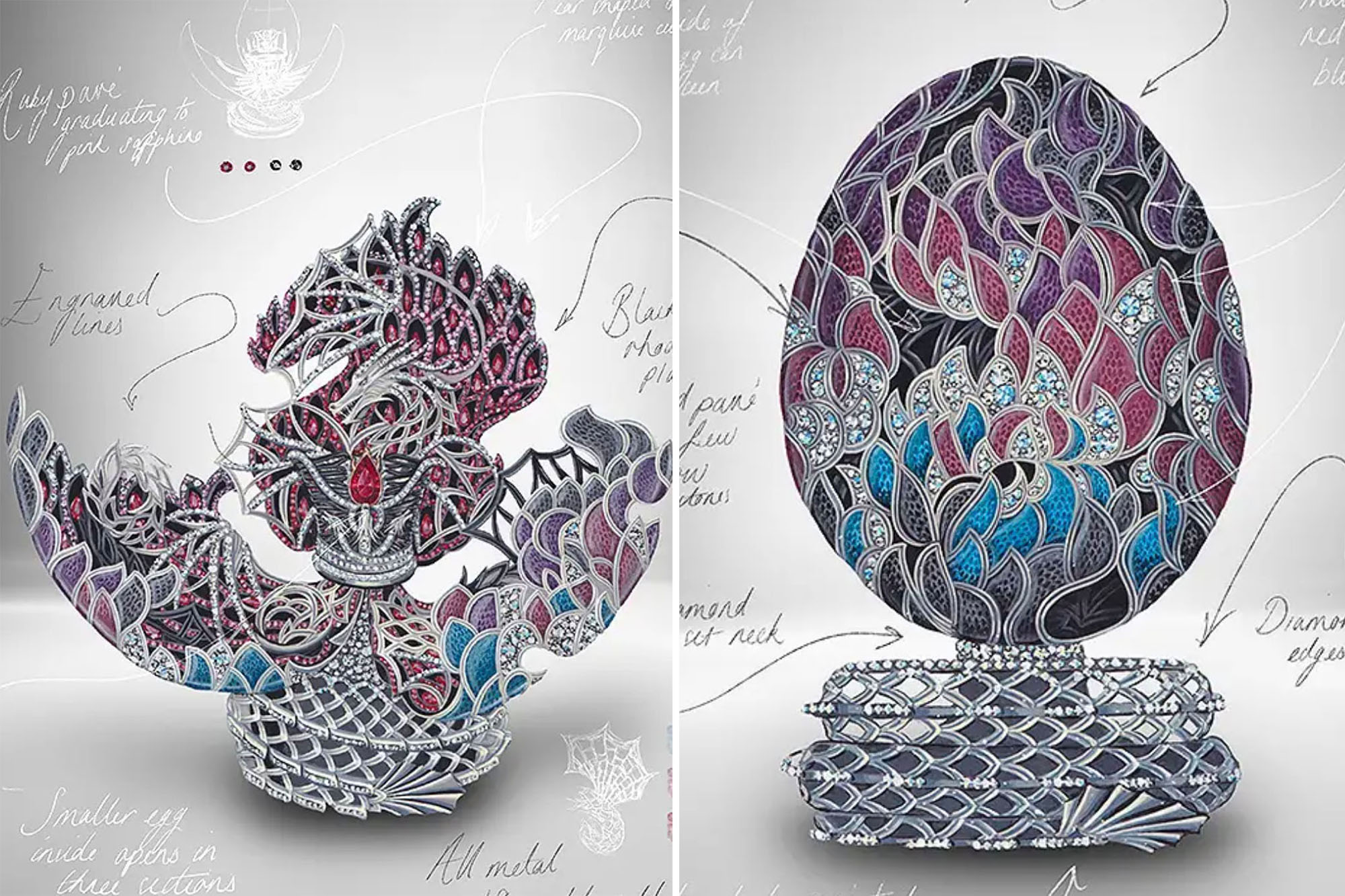 It’s been almost three years since the epic finale of “Game of Thrones.” But for Fabergé, the tale of one bedazzled dragon egg has just begun.

The storied brand has announced a new piece in their collection of rare, jeweled eggs: an “egg objet” inspired by Daenerys Targaryen (Emilia Clarke), a k a Mother of Dragons, on HBO’s blockbuster series “Game of Thrones.”

Replete with diamonds, rubies, 18-karat white gold and fine enameling, the price of the egg is estimated at around $2.2 million, and it’s being hailed as a “one-of-a-kind bespoke creation” that marries Fabergé’s “superior craftsmanship and artistic ingenuity with one of the 21 century’s most iconic TV series,” according to the website.

Atop a crystalline lattice base that mimics a dragon’s scaled tail, the sparkling sphere opens to reveal a ruby dragon that clutches a miniature crown for the would-be heir to the Iron Throne, featuring a “responsibly sourced,” pear-cut Mozambique ruby.

“I knew instantly what the secret gift should be, there was never a doubt; it had to be the crown that Daenerys believed throughout her life was her destiny. With the crown, I referenced her dragons, their wings sweeping around protecting the beautiful Gemfields ruby that represents Daenerys, her house color, and her fierce quest to rule,” said “GOT” costume designer Michele Clapton in a statement on the jeweler’s website. Clapton collaborated with Fabergé’s Liisa Tallgren to re-imagine the spirit of the Lady of Dragonstone as the dazzling curio for which the historic brand is known.

The House of Fabergé began creating their iconic eggs nearly 180 years ago in Saint Petersburg — more than 100 years after the French Fabergé family (then dubbed Favri) fled religious persecution by Louis XIV during the late 17th century and resettled in the Baltics.

There, the family rose to prominence as choice purveyors of fine ornaments for Russian nobility — known to be such fervent Francophiles that French had been selected as the official language of Russia’s royal court. In 1885, Tsar Alexander III commissioned the first Fabergé egg as an Easter gift for his wife, Empress Maria Feodorovna.

Fabergé’s announcement is tied to Easter, of which decorated eggs are symbolic, and comes weeks ahead of the 10-year anniversary of the “Game of Thrones” premiere. Fabergé

Today, the Fabergé family no longer manages the brand. Meanwhile, the priceless — and pricey — eggs are now subject to widespread forgery. In January, leading London-based art dealer Andre Ruzhnikov accused the Hermitage Museum in Saint Petersburg of displaying more than 20 “tawdry fakes” from the collection of Alexander Ivanov at a recent Fabergé exhibition. The Russian oligarch and art collector denied the allegations, adding in a broad statement to the press that “the consensus of the expert community is not easy to obtain.”

Fabergé’s recent announcement comes as observers celebrate the Easter holiday, for which decorated eggs are symbolic, and ahead of the 10-year anniversary of the April 2011 premiere of “Game of Thrones.”