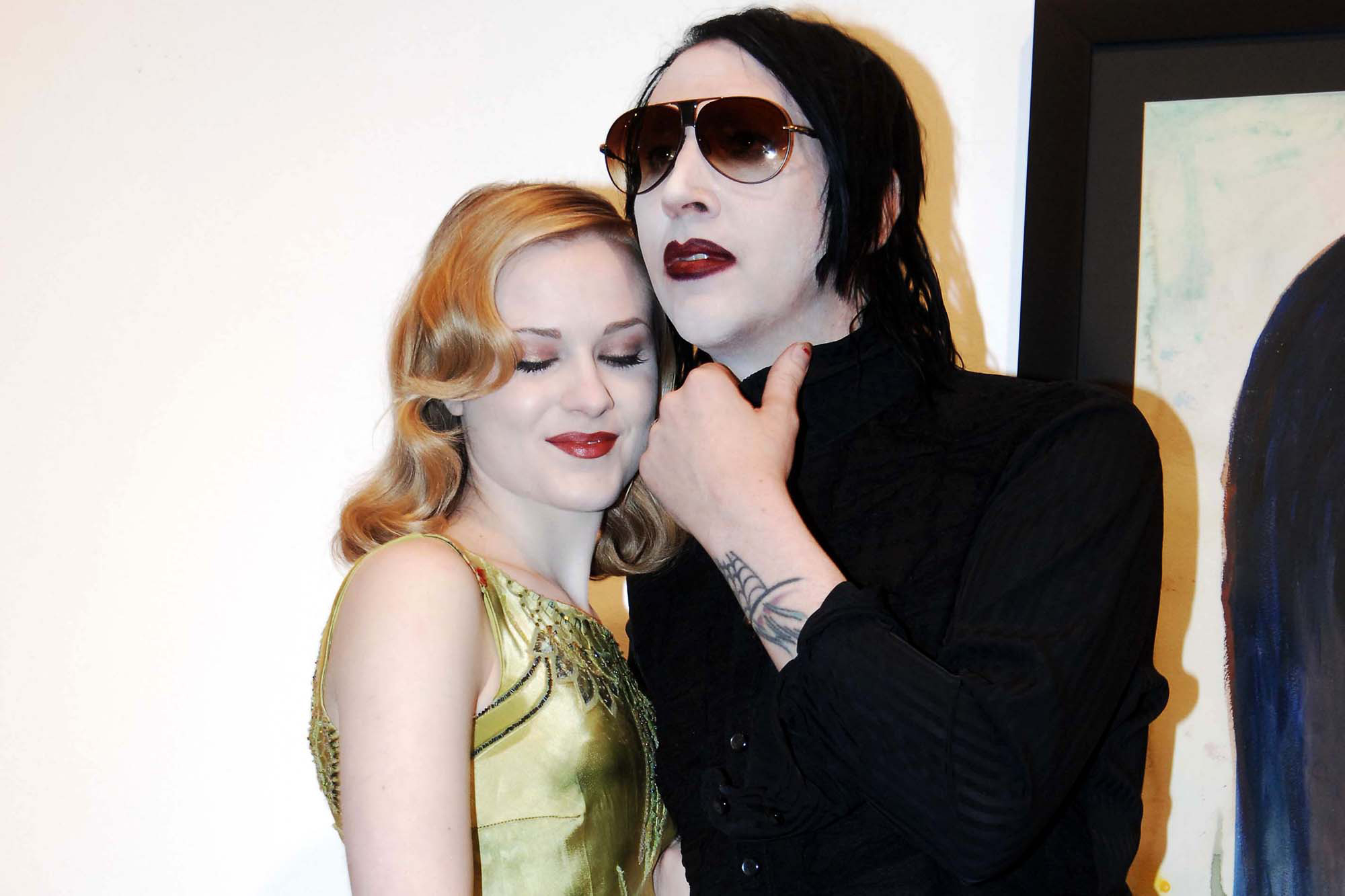 Wood — who has accused her ex-fiance Manson of abusing her during their relationship — said on Instagram she filed the report against the rocker’s wife, Lindsay Usich, after becoming aware of the alleged threat in December.

The “Westworld” actress, 33, alleged that the threat was to “shut her up” and “ruin her career.”

She shared a copy of the police report, though blocked out information about where exactly it was filed.

Wood claimed that the photos in question had been taken while she was underage dating the musician, whose real name is Brian Warner, and at one of his shows in Las Vegas.

In one of the images she posted, Wood had a drawn-on mustache and was wearing a German-style military hat, which she claimed belonged to Manson as part of his stage act.

Wood said at the time she had been plied with “large amounts of drugs and alcohol.”

“I stayed in Brian’s hotel room most of the night, as I was not old enough to enter the casino after the concert, she said. “Multiple people were drawing on my face and the faces of others.”

Wood accused 52-year-old Manson earlier this month of grooming her as a teenager and then going on to “horrifically” abuse her for years.

“I was brainwashed and manipulated into submission,” she wrote on Instagram.

Manson has vehemently denied Wood’s claims, but has been dropped by his manager, record label and talent agency.