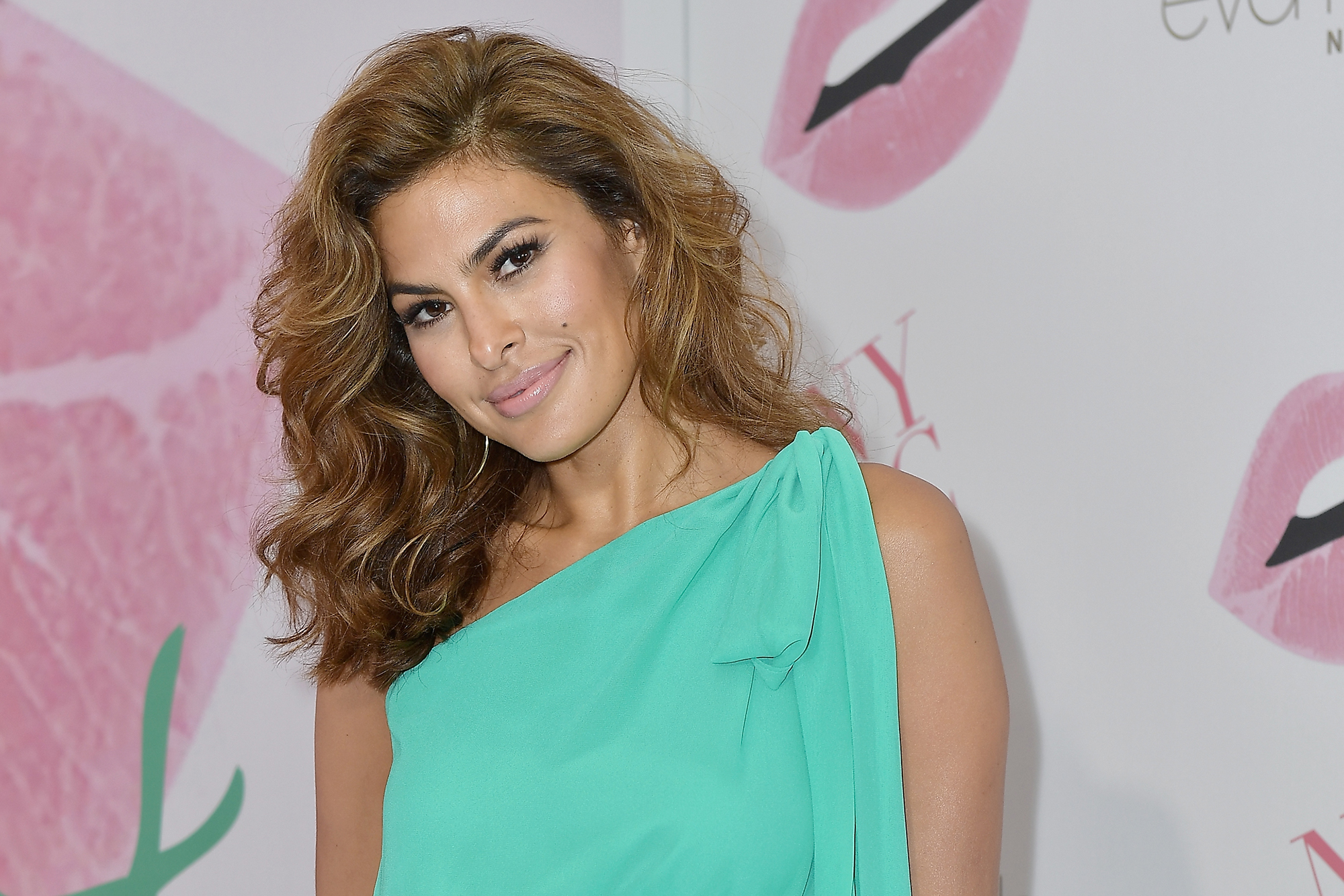 Eva Mendes has got a new glam team.

The “Hitch” actress showed off a very colorful makeover on Instagram Tuesday, courtesy of daughters Esmeralda, 6, and Amada, 4, whom she shares with partner Ryan Gosling.

“My kids did this to me. Again. From head to toe. I guess, when in doubt, be their canvas,” Mendes, 47, joked in the caption.

In the snap, the star sports rosy blush, coral lipstick and blue eyeshadow, the latter of which the two youngsters applied to her jawline instead of her lids (a new form of contouring, perhaps?).

As Mendes points out, it’s not the first time she’s served as a canvas for her kids’ creativity; she showed off an even wilder look on social media last May, complete with purple lipstick, turquoise eyeshadow, two different colors of blush and black scribbles across her forehead.

“They’ve won,” she joked at the time.

Earlier that same month, Esmeralda and Amada painted their mom’s cheeks and chin pink and her nose and forehead purple, outlining her entire mouth in orange.

“I’ve lost any control I once had,” Mendes wrote of that look.

While Mendes seems happy to show off her daughters’ handiwork, don’t expect her to post snaps of their faces anytime soon; as she recently wrote on Instagram, “My man and kids are private.”

She and Gosling, 40, have been romantically linked since 2011, when they were filming “The Place Beyond the Pines.” Mendes was spotted sported a ring during a family hike with the actor and their daughters, but the couple hasn’t confirmed an engagement.

Catherine Zeta-Jones turns her massive closet into a runway