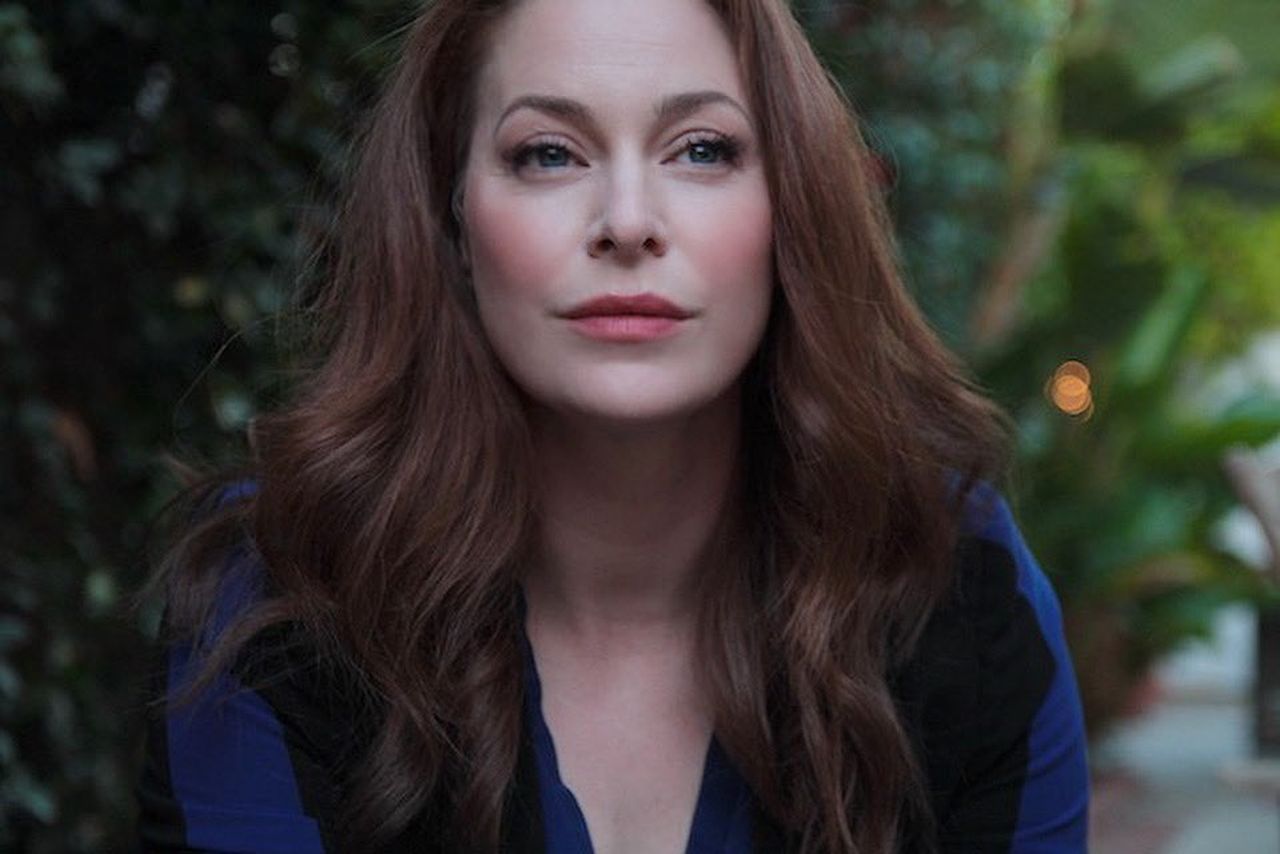 Esme Bianco is speaking out about her trauma bond to Marilyn Manson and addressing one of the most frequently asked questions addressed towards his accusers — why they stayed in a relationship with him. Esme made headlines when she accused Marilyn Manson of human trafficking after he allegedly flew her from her home in the U.K. to Los Angeles to film a music video. Esme states that Marilyn Manson used the opportunity to physically and sexually abuse her under the guise of making art. While some people are supportive of Esme for making her abuse allegations against Marilyn Manson, others are attacking her and calling her a liar.
Her critics say that if Marilyn Manson had really abused her, she wouldn’t have engaged in a relationship with him several years later. Esme addressed her critics in a post that she dually shared on her official Instagram and Twitter accounts and revealed she formed a trauma bond with Marilyn Manson. She also discussed having Post-Traumatic Stress Disorder (PTSD) and undergoing a process that took approximately seven years for her to understand in-depth what she says Marilyn Manson did to her.
RELATED: Marilyn Manson Cancels Multiple Shows After Onstage Injury
On February 1, 2021, Evan Rachel Wood named the man who had allegedly abused her as Marilyn Manson whose proper name is Brian Hugh Warner. Other women followed suit on the same day and named Brian Warner aka Marilyn Manson as their abusers. These women are Gabriella Accarino, Sarah McNeilly, Ashley Walters, and Ashley Lindsay Morgan.
Esme Bianco didn’t officially name Marilyn Manson as her abuser until February 11, 2021. Here is the post that she shared accusing Marilyn Manson of not only abusing her but human trafficking her as well.

“I am naming the person who abused and human trafficked me. His name is Marilyn Manson, born Brian Hugh Warner” pic.twitter.com/UdvTPig0H5
— Esmé Bianco (@esmebianco) February 11, 2021

RELATED: Ashley Walters Said Marilyn Manson Would Offer Her To Others For Sex When He Was Her Boss
Esme went on ABC’s Good Morning America and described her experience with Marilyn Manson. She addressed the emotional aftermath the relationship left her with.
You may see that video below.

Esme spoke about the PTSD, guilt, and shame that she experienced when she came to understand the trauma bond that formed with Marilyn Manson and shy she went back to him after he allegedly human trafficked her. She stated the following.

By the time I entered into an intimate relationship with Marilyn Manson, I had already been human trafficked and physically & emotionally abused by him. Years later, when I was diagnosed with PTSD and I started to identity and process what had happened, I was filled with shame and guilt. I had the same questions so many people who hear stories like mine have: why enter/stay in a relationship with someone who hurts you? Some of the answer lies in the understanding of how “trauma bonds” between abusers and their victims are formed.

You may see Esme’s full statement below and on Instagram.

By the time I entered into an intimate relationship with Marilyn Manson, I had already been human trafficked and physically & emotionally abused by him.  Years later, when I was diagnosed with PTSD and I started to identity and process what had happened..https://t.co/95qWJJxHRK pic.twitter.com/lq7eS5rKrG
— Esmé Bianco (@esmebianco) February 17, 2021

What do you think about the Marilyn Manson abuse allegations? Esme and the other women are calling for a full F.B.I. investigation into Brian Warner and there are reports minors have accused him of sexual assault.
Marilyn Manson released a statement denying the abuse and stated that his relationships were consensual. You may read Marilyn Manson’s statement below.

Obviously, my art and my life have long been magnets for controversy, but these recent claims about me are horrible distortions of reality. My intimate relationships have always been entirely consensual with like-minded partners. Regardless of how — and why — others are now choosing to misinterpret the past, that is the truth.

If you are in an abusive relationship, there is help available.  You may contact the National Domestic Violence Helpline below.

Stay tuned for more on this developing story as multiple investigations into Marilyn Manson are underway.
Charisse Van Horn is a freelance writer from Tampa Bay. She enjoys writing about celebrities, entertainment, crime, and fashion. The writer of this article will take legal action on those who reproduce or spin this article outside of Celebrity Insider.
Advertisement