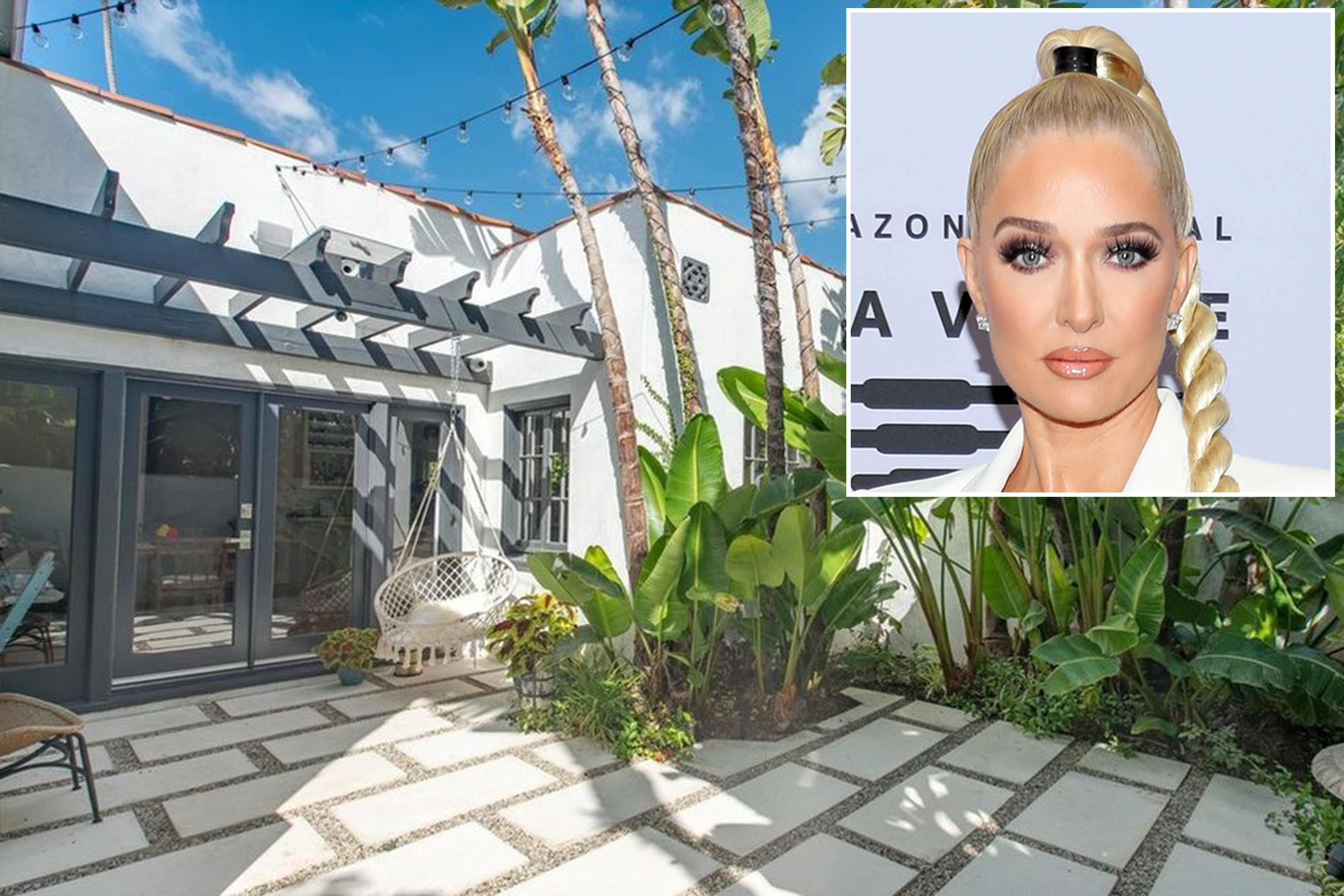 Erika Jayne reportedly downsized her home amid an impending divorce and mounting financial troubles for the “Real Housewives of Beverly Hills” star.

The outside of Erika Jayne’s new 1920s Spanish-style home in Los Angeles.Realtor.com

According to The Blast, the 49-year-old reality star moved out of her lavish home with ex, embattled attorney Tom Girardi, and is living at a smaller residence in Los Angeles.

The 1920s Spanish-style home is a three-bedroom, two-bathroom property that is described as “charming” on its Realtor.com listing.

It has a living room with large barrel ceiling, bright arched windows and a “sunny” breakfast nook. The home is 2,015 square feet and has a black bottom pool.

According to real estate records obtained by The Post, the home was last sold to a married couple in September 2020 for an undisclosed amount. However, realtor.com states the home was valued at $1.54 million in 2014.

Because Jayne is not listed a the homeowner for the property, it appears she may be renting. A rep for the “RHOBH” star did not returns multiple requests for comment.

Jayne’s old home with Girardi, 81, was reportedly worth millions more than her new pad.

According to The Sun, the Pasadena, Calif. mansion, which featured its own cathedral, was worth $7 million.

The 5-acre estate had lush gardens, and boasted a home with two separate dining rooms, a spiral staircase and high ceilings.

In November, Erika filed to divorce her husband after 21 years of marriage. Meanwhile the attorney, known for the record-setting Pacific Gas and Electric case, that inspired the Oscar-winning 2000 movie “Erin Brockovich,” is also being sued by former clients for allegedly misappropriating millions of dollars in settlement money.

However, Erika is not free of legal trouble herself. In December, she was sued alongside her husband by lawyers representing Boeing plane crash victims, who claimed they embezzled funds meant to go to families of those who lost their lives on Lion Air Flight 610.

Diddy’s Fans Say He’s Killing It In This Recent Photo – Check It Out Here
Eva Marcille Praises Michelle Obama – See The Look That She Loved!
Comment