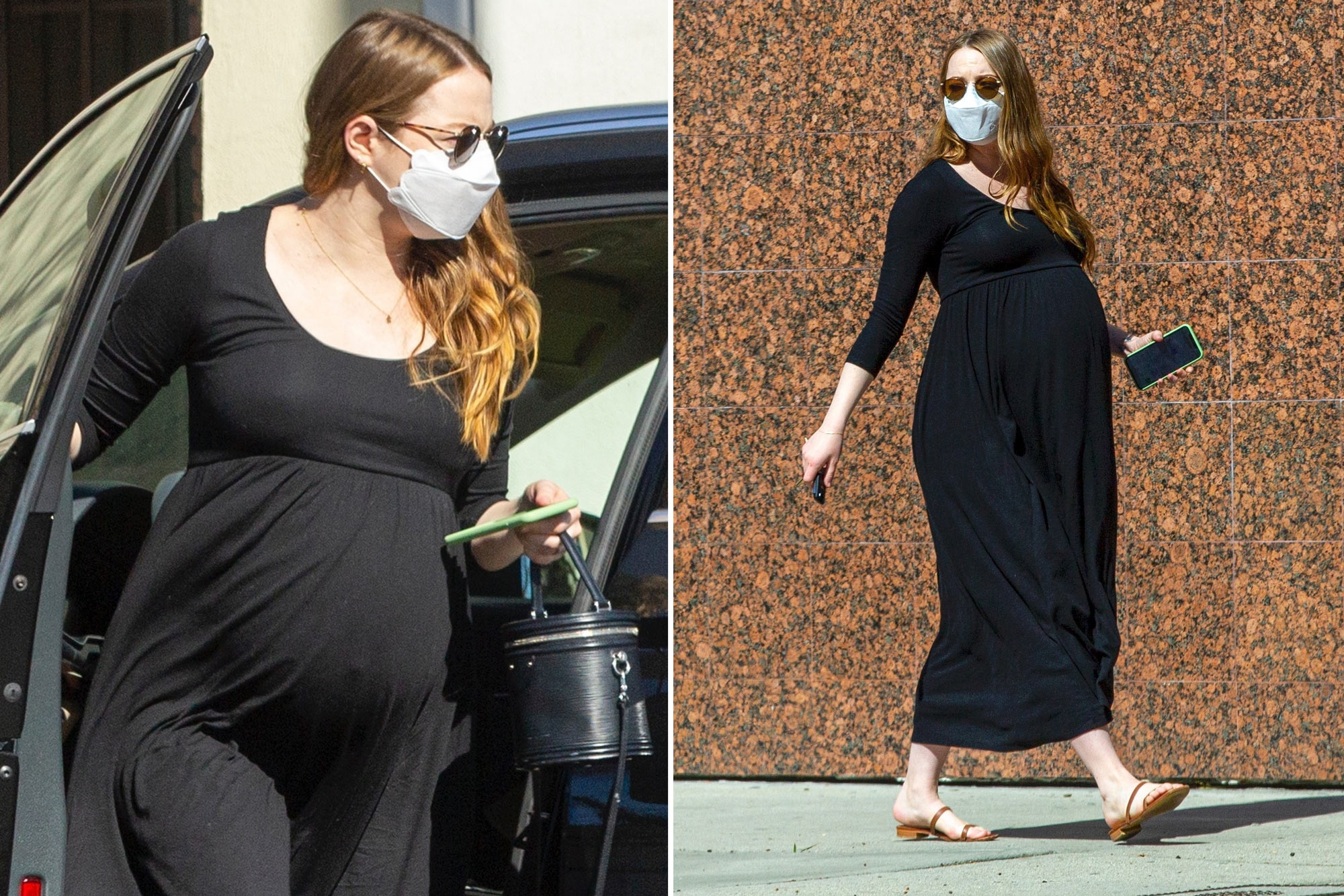 Emma Stone is one busy mom-to-be.

The actress, 32, was spotted running errands in the LA neighborhood of Studio City on Friday.

She sported sunglasses, a mask and a long-sleeved black dress for the outing.

The “La La Land” star was seen feeding a parking meter and carrying a piece of pink-and-orange artwork — possibly for a nursery?

Stone did not formally announce that she was expecting her first child with her husband, Dave McCary, but she has been spotted out and about with a noticeable baby bump.

Page Six exclusively reported in September that McCary, 35, and Stone tied the knot in a secret wedding. They were originally set to wed in March 2020, but their plans were halted by the COVID-19 pandemic.

The couple was first romantically linked in October 2017; McCary proposed where they first met at “Saturday Night Live” years later.