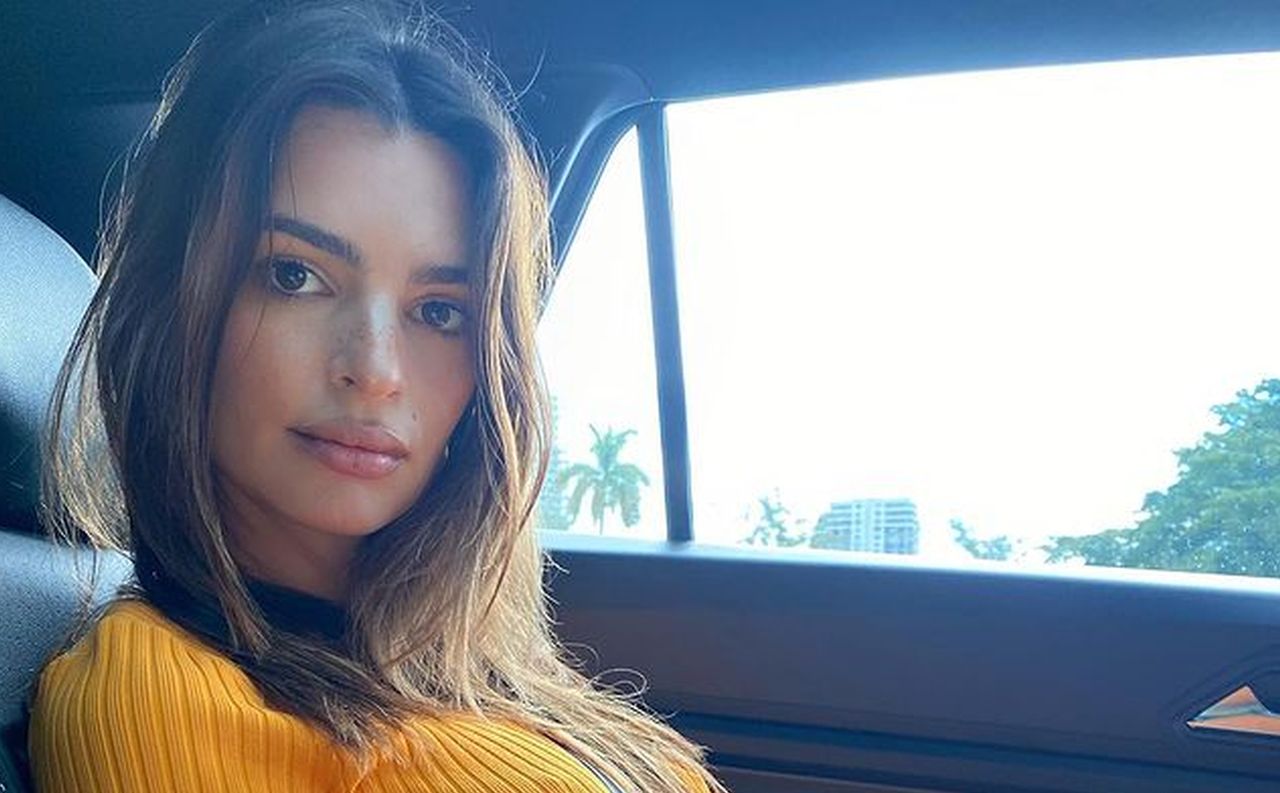 Emily Ratajkowski is nearing the end of her pregnancy and she’s celebrating by sharing multiple nude photos on her official Instagram account. Emily is preparing for the birth of her child with her husband Sebastian Bear-McClard and she’s announced she’s almost ready to deliver. Emily hasn’t announced the gender of her baby and went viral in 2020 when she said she wouldn’t take part in any gender reveals. Emily indicated her baby would choose his or her gender when they were older, the remarks set off a global controversy. Some are curious what Emily and Sebastian will name their baby if they will not focus on their child’s assigned birth gender. Will the couple choose an androgynous name for their baby?
The 29-year-old mom-to-be is currently at her home in New York City (she and Sebastian also have a home in L.A.) and she posed in several locations within her home for the shoot that she credited to photographer Renell Medrano.
RELATED: The First ‘RHOBH’ Baby Is On The Way! Star Teddi Mellencamp Reveals She Is Pregnant
Emily posted several photos where she was completely nude and stood against a wall while light filtered in through a nearby window. Emily stood in the shadows as the natural light illuminated the pictures and created an artistic feel. In several of the photos, the shadows obscured Emily’s face while the light bounced off her pregnant frame. She folded her hands above her breasts in several pictures and blurred out her lower areas to protect her modesty.
Emily posed in a black blazer for some pictures and included some candid shots where she submerged herself in a bathtub.
Though many people praised Emily for her beauty, there were others who thought that the photos were too revealing and shouldn’t be posted on Instagram.
RELATED: Katy Perry Keeps It Real With Post-Partum Tummy Picture After Birth Of Daughter Daisy Dove Bloom — See The Photo!
You may see an article about Emily Ratajkowski‘s nude pregnancy photo shoot below.

What do you think about Emily Ratajkowski’s pregnancy photos? Do you think Instagram should allow her to keep her nude photos online?
Charisse Van Horn is a freelance writer from Tampa Bay. She enjoys writing about celebrities, entertainment, crime, and fashion. The writer of this article will take legal action on those who reproduce or spin this article outside of Celebrity Insider.
Advertisement