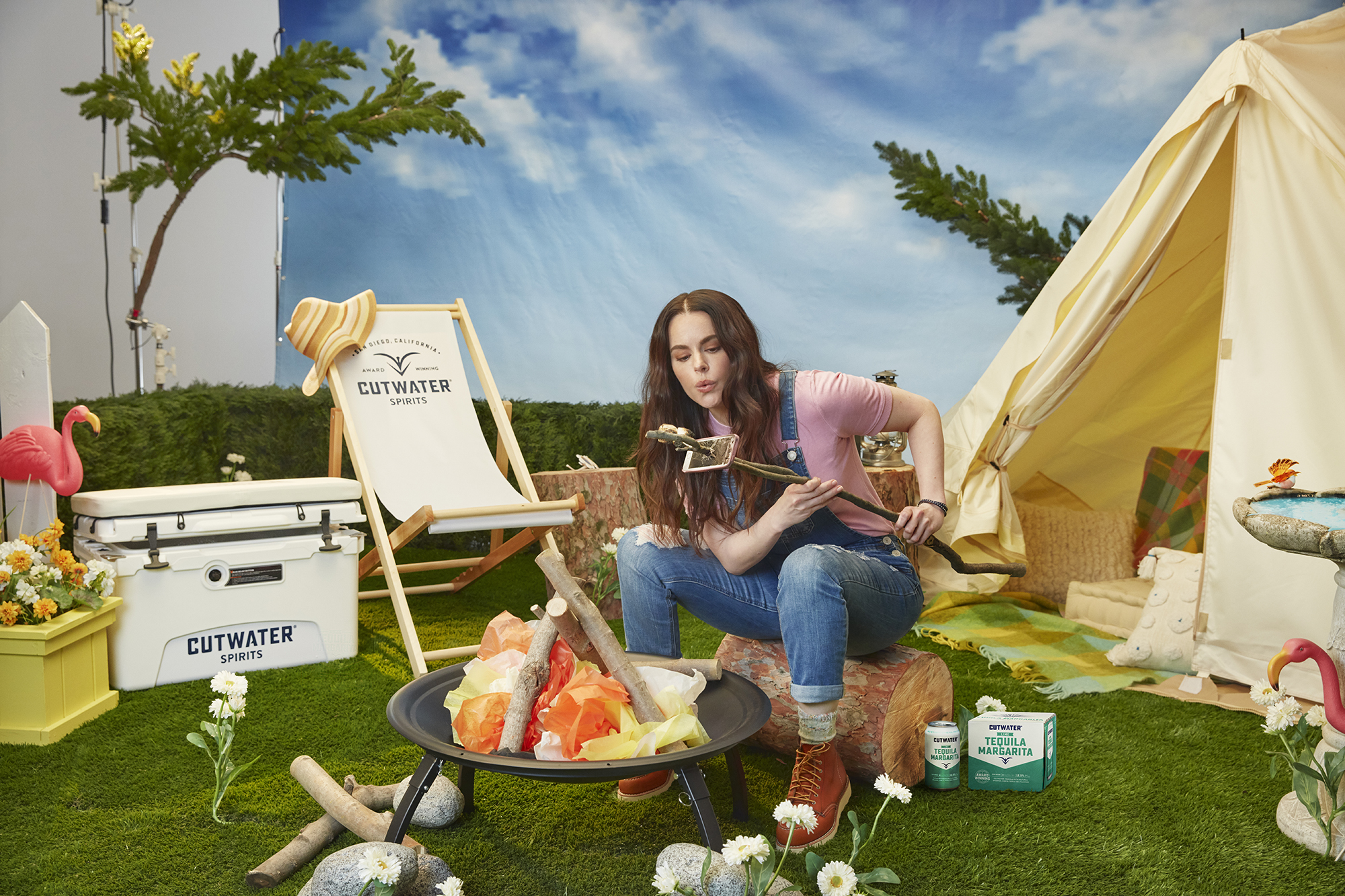 Hampshire, 39, is on the phone to chat about her upcoming Epix series, “Chapelwaite” — based on Stephen King’s short story “Jerusalem’s Lot” — and about her social media campaign tied into Sunday’s Super Bowl ad for Cutwater Spirits.

“She produced and directed the ‘Schitt’s Creek’ documentary [‘Best Wishes, Warmest Regards: A Schitt’s Creek Farewell’] and it was amazing to work with her again,” says Hampshire. “She also did all the Webisodes for the show, which I always felt was some of the funniest content the US never got to see, since they were only released in Canada.”

Emily Hampshire is the star of Sunday’s Super Bowl ad for Cutwater Spirits.Cutwater

Hampshire says that, while she’s always enjoyed Cutwater Spirits canned cocktails, the company approached her for the spots. “I’m a longtime cut-out enthusiast. I do like to stay home and take the path of least resistance on things. My role is to teach people how to cut out. Right now a lot of people don’t have that divide between home life and work life and I think it’s hard to feel entitled to take any ‘me time’.

“Cutting out is not self-care, it’s about caring enough about yourself to not feel guilty about all those self-care exercises and meditating you’re not doing.”

Still, it didn’t hurt that Hampshire’s portrayal of the flannel-wearing Stevie Budd piqued Cutwater’s interest when launching the campaign. (She also appeared in a 2020 Super Bowl commercial for Tide.)

“I’m sure the popularity of the show and Stevie’s persona helped in that way,” she says. “When they first approached me I totally thought that’s what it was … I always assume that people just want Stevie … but it seems like they went for my Instagram, or that somebody there knows me personally!

“I think it takes a particular brand, a brave brand, who’s going to endorse [a product] by having you be lazy,” she says. “I didn’t realize how much of that kind of vibe I put out in the world — but it’s the truth.”

Hampshire, meanwhile, has finished shooting “Chapelwaite,” which will premiere later this year on Epix. The series is set in the 1850s in the small Maine town of Preacher’s Corner; she plays Rebecca Morgan, a college-educated young woman who returns to her home town to write a story for the upstart Atlantic Magazine and gets a job as a governess with brooding Captain Charles Brody (Oscar winner Adrien Brody) — who’s relocated to Preacher’s Corner with his three children after his wife dies at sea. Scary things happen and family secrets are uncovered — both for Boone and for Rebecca.

“She goes in to be a governess under false pretenses and she really wants to get information,” Hampshire says. “She gets sucked into this real-life story. I think of her as Stephen King, as a writer who goes into this scenario and gets lost in the horror-movie [situation] of it.”

The series, shot in Halifax, was supposed to premiere last fall but, like so many other productions, took a long hiatus due to the pandemic.

“Right before everything shut down I was supposed to going to Halifax in about three weeks,” Hampshire says. “I thought that after a month of quarantine, they would never get [the production] up again, so I ordered an industrial-sized bucket of Nutella and I spent months with it. Then I heard they were going to back into production during COVID. I was like, ‘Oh, my God.’ I’d given them my measurements and I had to wear a corset in this, so that was the panic.

“But I did make it into my corset.”