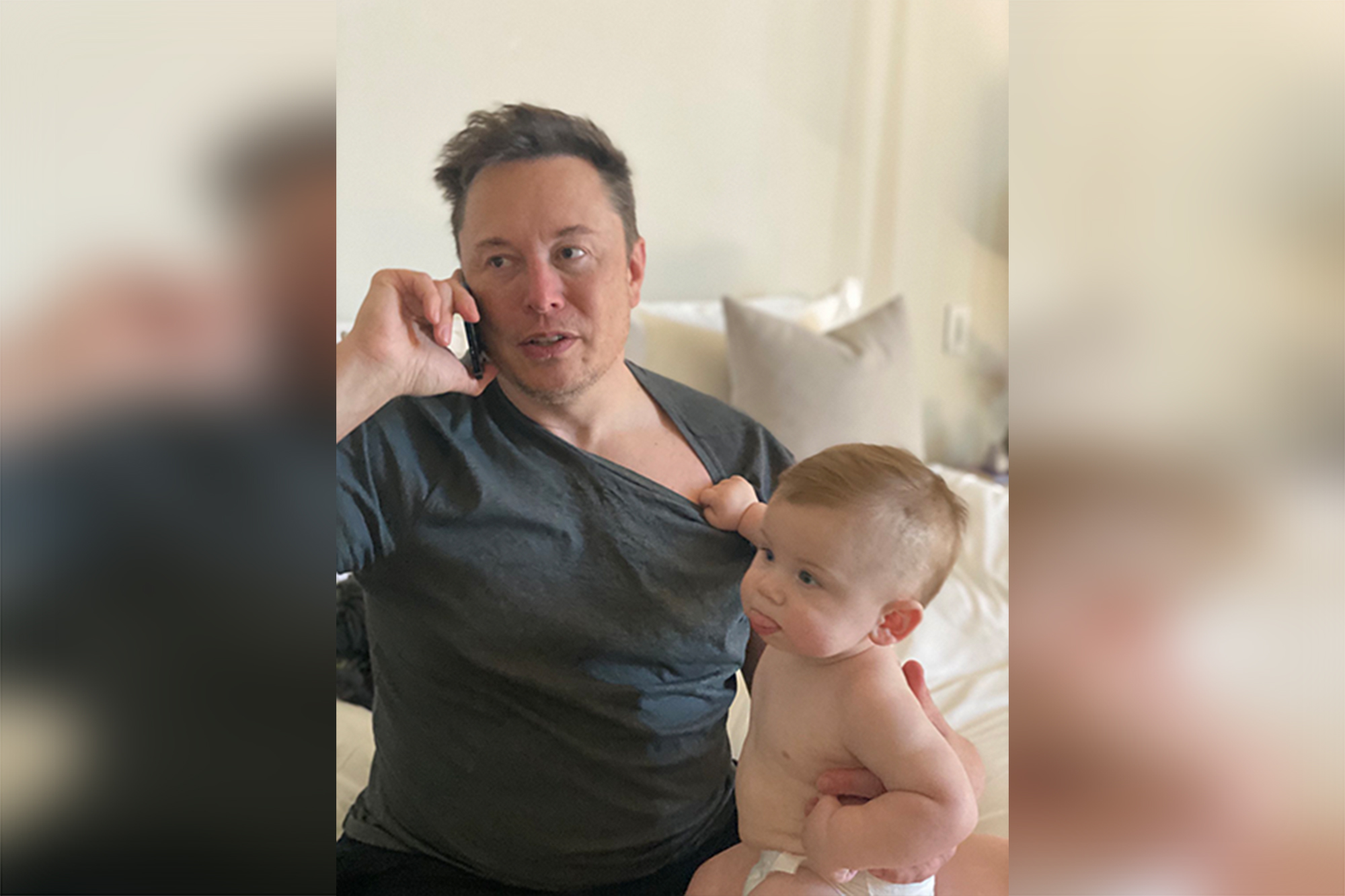 The Tesla CEO tweeted the heartwarming photo to his more than 48 million followers; the image shows his baby boy tugging on his dad’s shirt while he is on the phone.

“The Second Last Kingdom,” he cryptically captioned the photo.

Musk and his girlfriend, singer Grimes, welcomed their first child together in May 2020.

The couple initially named their baby “X Æ A-12 Musk,” but were forced to change it to “X AE A-XII” because California law prohibits special characters and numbers in names.