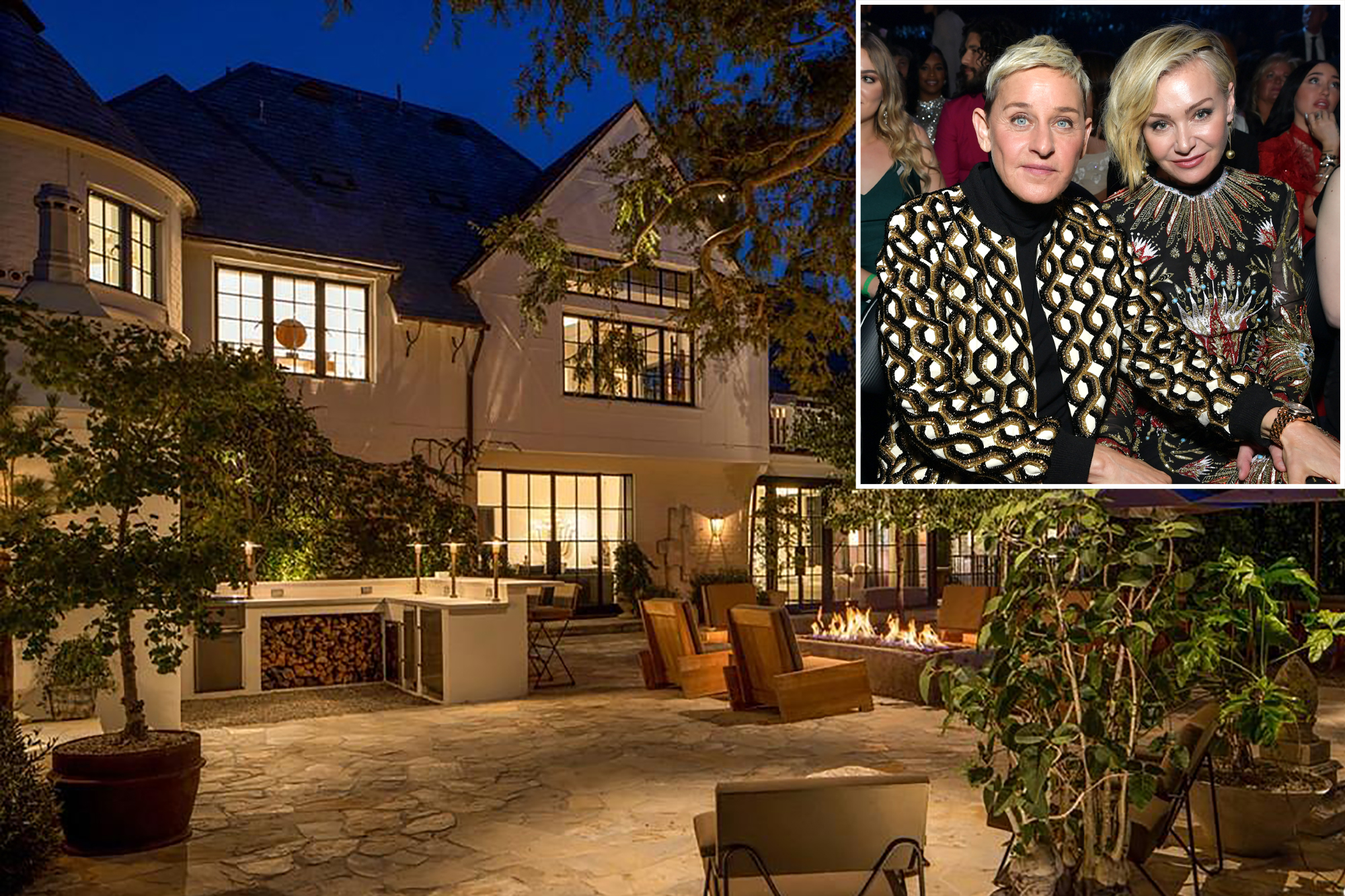 The sale was $6.5 million under their original $53.5 million asking price when they listed it for sale only weeks earlier, property records revealed.

The celebrity power couple purchased the ivy-covered five-bedroom, nine-bathroom home in May 2019 for $45 million from Maroon 5 frontman Adam Levine.

Their gated Beverly Hills abode has a “sun-drenched” two-story foyer with wide-planked reclaimed wood floors that lead into a 50-foot living room with a stone fireplace and white plaster walls, records show.

Inside, the home offers a theater with its own bar, a gym, a wine cellar and even a service entrance. The master suite has large walk-in closets and a heated spa bath.

Outside a resort-style pool is joined by gardens, outdoor entertaining areas, patios and a sunken tennis court.Anthony Barcelo (@mrbarcelo)

There’s a gourmet kitchen along with a separate chef’s kitchen.Anthony Barcelo (@mrbarcelo)

The dining room (which also has a bar), family room, wood-paneled library and the master bedroom all have gas fireplaces, records show.

The home also has two kitchens, a breakfast bar and a pantry. Before DeGeneres purchased the estate, Levine, 42, gave one of the kitchens a $200,000 facelift in May 2018, according to Beverly Hills permit records from May 2018.

It appears that the 63-year-old talk show host and the 48-year-old “Arrested Development” star have done their own upgrades to the kitchen as well, adding wood details to create a warmer atmosphere, Realtor.com reported.

The estate, which was originally built in 1933, has undergone significant renovations.Anthony Barcelo (@mrbarcelo)

The dining room has a bar and a paneled library.Anthony Barcelo (@mrbarcelo)

The estate has a media room as well as a professional screening room.Anthony Barcelo (@mrbarcelo)

Through doors and windows made of steel, the house opens to a one-acre estate with an open patio, a heated pool, a sunken tennis court and a guest house.

Mature gardens and canyon views backdrop a brand-new $5,000 fire pit, a $25,000 pizza oven and bar and a $15,000 barbecue counter — not including over $60,000 in fees — were installed in December 2018, according to permit records, just before DeGeneres purchased the property from Levine.

The two-story foyer has reclaimed wood floors while the living room has a stone fireplace and white plaster walls.
Anthony Barcelo (@mrbarcelo)

The pair bought the home in May 2019 for $42.5 million from Maroon 5 frontman Adam Levine.Anthony Barcelo

Originally built in 1933, this home near Meghan and Harry’s sprawling mansion was once owned by “Will and Grace” creator Max Mutchnick, tennis player Pete Sampras, and fern enthusiast Phyllis Epstein, according to historical records. The sale comes on the heels of the couple’s recent $33.3 million sale in Montecito.

Seller rep Kurt Rappaport of Westside Estate Agency did not respond to a request for comment. The buyer was represented by Brian Lane and Bob Safai of Madison Partners.