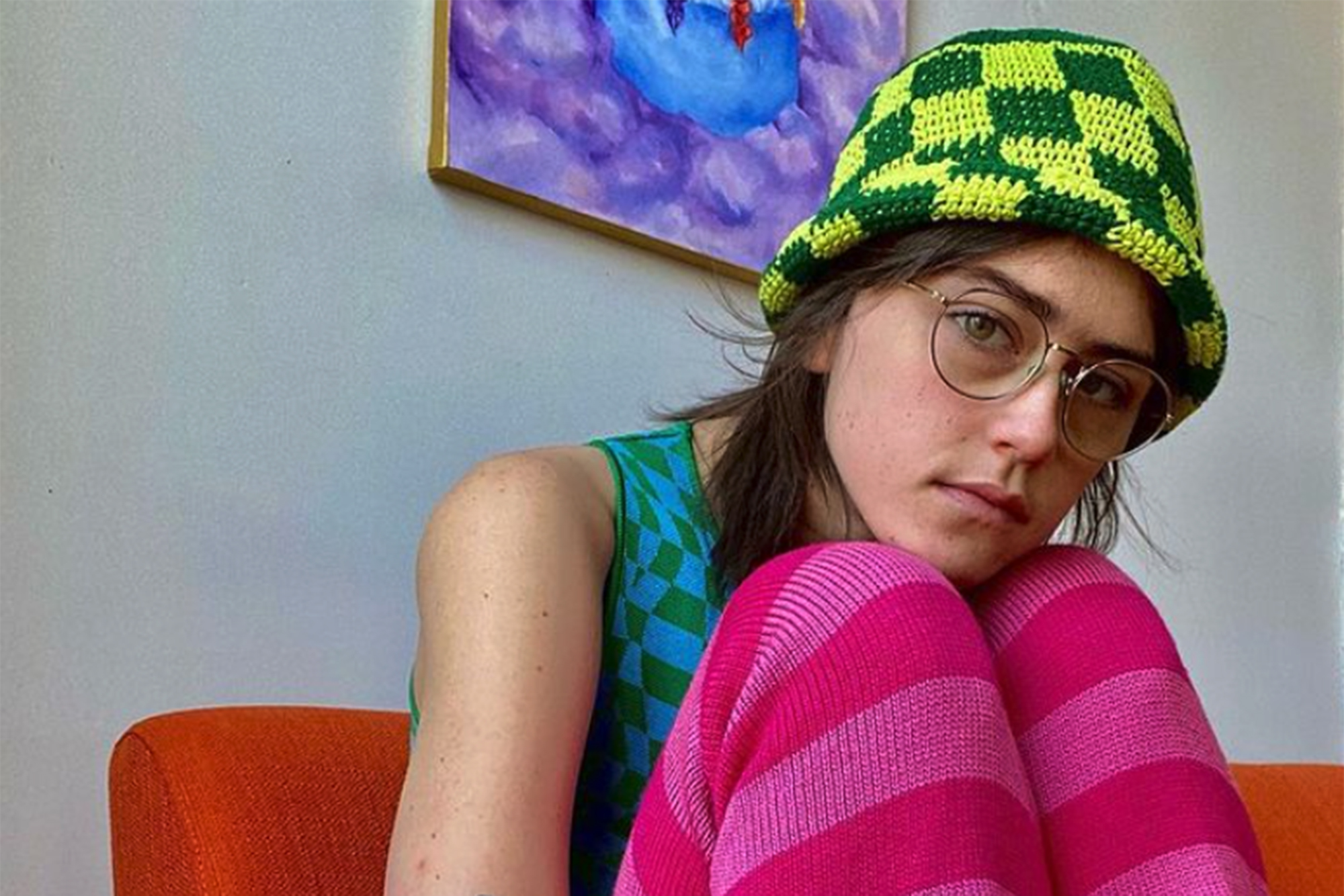 After capturing fashion lovers’ hearts at President Joe Biden’s inauguration with her choice of outfit — an embellished Miu Miu coat layered over a ruffled dress by Batsheva Hay — Vice President Kamala Harris’ stepdaughter is collaborating with Hay on a knitwear collection.

The Parsons student, 21, announced the news on an episode of “Good Morning Vogue” on Monday.

“It’s so weird because I’ve followed her for a really long time, and then I was thinking about what to wear for the inauguration,” Emhoff recalled of New Yorker Hay, whose modest, frilly frocks are also loved by the likes of Katy Perry and Emma Roberts.

“I got to meet her on Zoom and I was like, OK. So many of her designs are so cohesive to my personal wants and needs.”

Added Hay, “Obviously we got connected through me dressing you, but then, that also opened my eyes to just kind of fangirl-ing on your stuff and seeing what you’re doing. You know, even though my stuff is more traditional femininity, I think that you’re also doing something playful and playing with femininity too, in colors and shapes and all of that kind of stuff.”

Emhoff, a Parsons student whose last knitwear capsule sold out almost instantly, also noted that “what’s so important about designing, especially to me, is being able to create things that you like without the outside influence of what you think the fashion industry wants.”

Since the inauguration in January, the second daughter has signed with IMG Models, made her runway debut for Proenza Schouler at New York Fashion Week and scored her first magazine cover.

While there’s no release date or specific design details attached to her Batsheva collaboration yet, the so-called “first daughter of Bushwick” gave viewers a peek at what to expect in the clip, saying that she’d like to include a “smaller little handled bag” with a “softness” to it.

Hay, meanwhile, offered up a paneled knit tank top as a possible option.

“I have to be honest, I wasn’t expecting this,” Emhoff admitted in the Vogue video of her newfound fashion fame. “I think life really did a 180.”