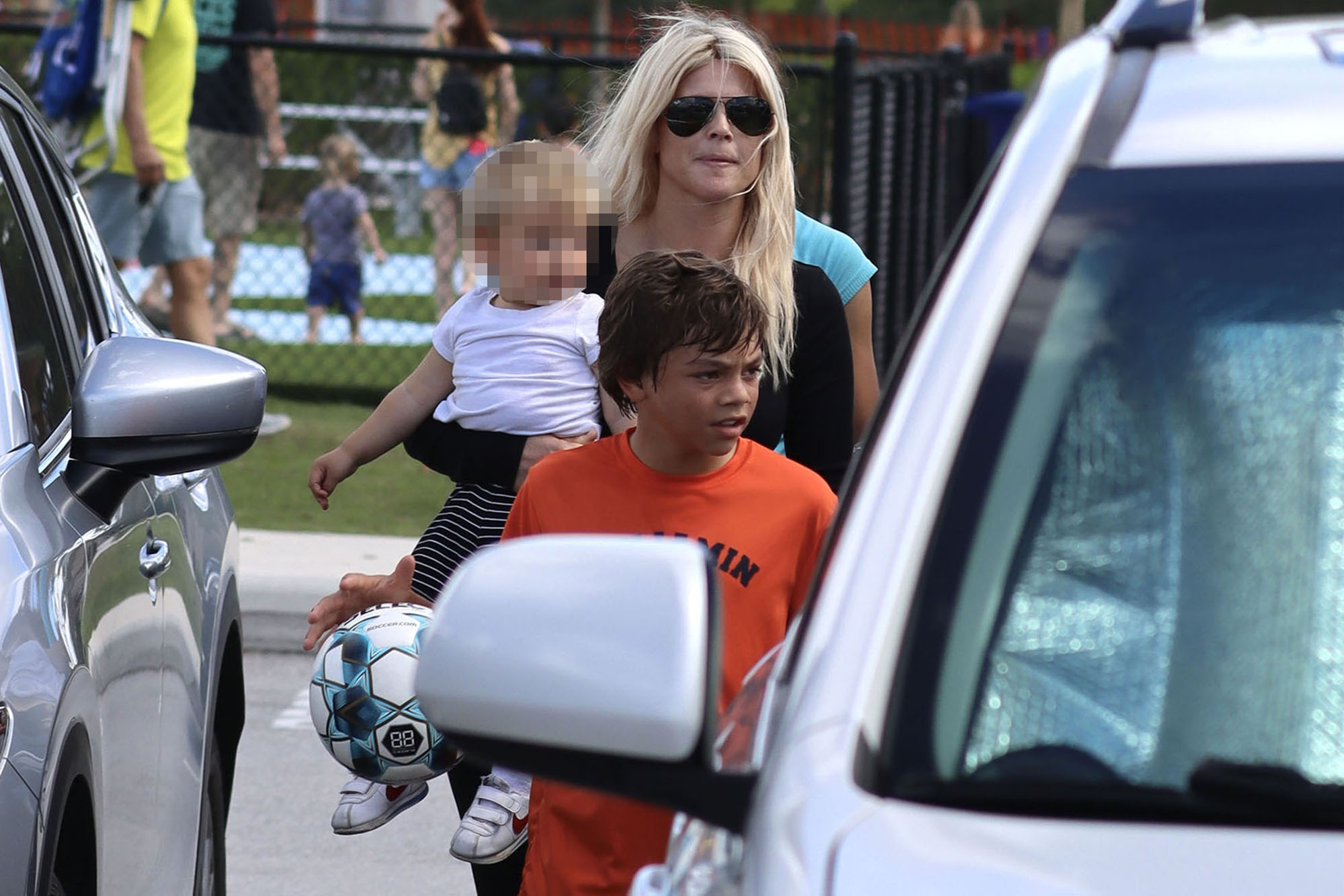 Elin Nordegren, the ex-wife of Tiger Woods, was spotted in Florida on Saturday with her children, as the golfer continues to recover from Tuesday’s serious car wreck.

Nordegren, 41, attended a soccer practice over the weekend for her 12-year-old son Charlie, whom she shares with Woods, 45. Their daughter, 13-year-old Sam, was also in attendance.

During the daytime outing, Nordegren was also seen holding her 1-year-old son Arthur, whom she welcomed with Jordan Cameron in 2019.

Nordegren and Woods married in 2004 and finalized their divorce in 2010 amid the golfer’s infidelity.

Last week, Woods suffered a smashed right leg and had extensive injuries to his right foot following a horrific crash outside of Los Angeles.

Nordegren’s 13-year-old daughter Sam, whom she shares with Woods, was also in attendance.momandpaparazzi.com / SplashNews

“Tiger has moved to Cedars-Sinai Medical Center and received follow-up procedures on his injuries this morning. The procedures were successful, and he is now recovering and in good spirits,” the message read.

“Tiger and his family want to thank you all for the wonderful support and messages they have received over the past few days. We will not have any further updates at this time,” the message continued. “Thank you for your continued privacy. — TGR.”