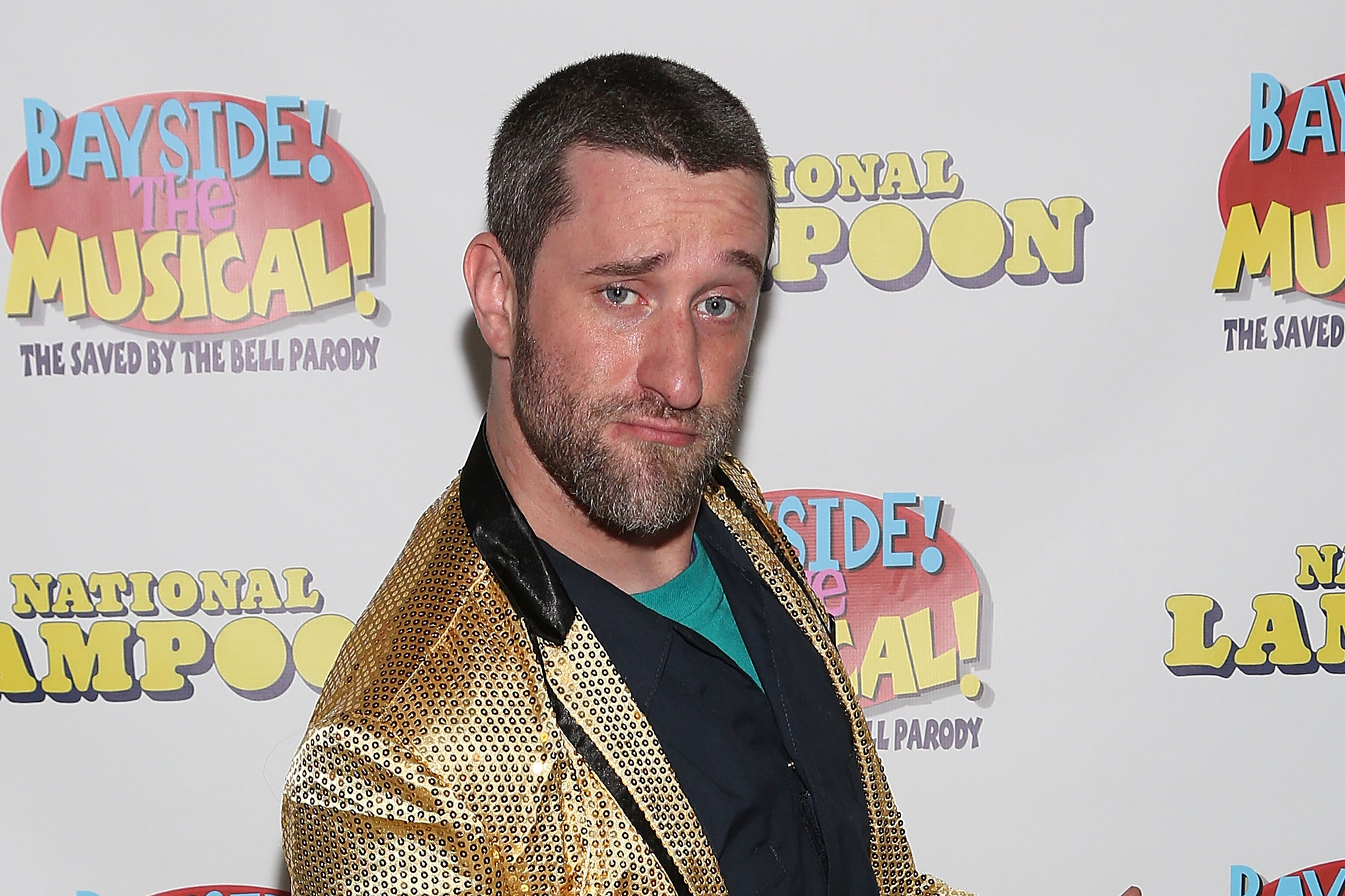 Call him a diamond in the rough, but there is no doubt that the actor who played Screech on “Saved by the Bell” was multifaceted.

He was best known for his role as the beloved nerd Samuel “Screech” Powers — a frequently beleaguered brainiac. Screech gave loving representation to science kids — long before their cool counterparts dressed up as Elon Musk for Halloween — for nearly 13 years, through three incarnations of the show.

He was shocked to have not been included in the “Saved by the Bell” revival that began airing last year on Peacock. The snub is said to have been handed down due to the negative notoriety that seemed to dog Diamond.

In fact, according to the Sun, he credited the underbelly of fame as being the reason why he put off seeing a doctor about a large lump on his neck — which proved to be a deadly form of cancer. As per his dear friend, insurance mogul Dan Block, Diamond kept the unsightly bulge a secret because “he was afraid of someone taking pictures of it and posting it online.” And who can blame the real-life Screech? Trolls had already ragged him for having a “punchable face.”

His dying wishes were to meet Justin Chancellor, the bass player from Tool (who inspired Diamond’s virtuosity in a metal band called Salty the Pocketknife), as reported by Page Six, and to visit the “Star Wars” exhibit in Florida’s Disney World. His final desires may not have come to fruition, but, as evidenced through the years, Dustin “Screech” Diamond lived a full and wild life.

Here are some highlights.

Dustin Diamond celebrating his birthday in 2012 at the Pool After Dark at Harrah’s Resort in Atlantic City.FilmMagic

Looking to emulate the Paris Hiltons of the world, Diamond released a skin flick with the unsavory title of “Screech: Saved by the Smell.” The idea was to make bank by showing yet another star doing the dirty.

Just one problem: As Diamond would admit to Oprah Winfrey on the “Oprah: Where Are They Now?” show, he is not the man that he was portrayed as being in the 2006 release.

“It’s my face but nothing else,” he said of the dirty movie that was designed to earn him millions. Instead, it earned him scorn — first, for making the flick, then for not being fully in it — and damaged his career. Looking back, he said, “I realize that was really dumb.”

The sex tape stunt did not help Diamond’s career. But when the mortgage is overdue and the lender is at your door, well, a man has to do what a man has to do — and Diamond had to sell T-shirts.

During a 2006 appearance on “The Howard Stern Show,” he implored audience members to purchase shirts from him for $15 each. The tees depicted Diamond standing in front of a rundown house. Proceeds were supposed to help cover the $250,000 he owed.

No word on how that shook out.

He went to jail after a bar brawl

Diamond was arrested in 2014 in Wisconsin after he allegedly stabbed a man during a barroom brawl.Getty Images

The TV star was arrested in Wisconsin after he allegedly stabbed a man during a bar brawl. The supposed victim was bleeding from near his armpit, and Diamond’s girlfriend supposedly suffered a bloody nose. Diamond himself was busted for possessing a switchblade and for reckless endangerment. The actor pleaded innocent, but the judge sentenced him to 120 days in jail.

He began his sentence in 2016, but ended up back behind bars after violating parole.

He was an avid chess player and made an instructional video

It could have been called “Screech’s Gambit,” but instead, this tutorial had a more straight-forward title: “Dustin Diamond Teaches Chess.”

Screech was a fan of the game on the show, but in real life, so was Diamond: He supposedly maintained a library of 3,000 chess books and owned more than 100 chess sets. The video is described as “so entertaining, it destroys the notion that chess is a boring game.”

Dustin Diamond played Screech on “Saved by the Bell” from 1989 to 1992.Courtesy Everett Collection

Having once been crowned Celebrity Boxing champion, Diamond was revved up to square off against Chris “Bagel Boss Guy” Morgan. The salty merchant made a name for himself after trashing women and getting knocked around by a witness to the tirade.

Morgan told Page Six that he was “pretty confident” about wearing out the actor. Diamond played it strong and silent, but he never got a chance to prove his mettle.

The Bagel Boss was a bust: Morgan backed out before the opening bell.

His good buddy made him the ultimate get-well card

Insurance King big-wheel Block did one better than sending flowers to an ailing pal. While he was battling cancer, Block arranged to have the NASCAR vehicle driven by Josh Bilicki be adorned with the face of Diamond and a get-well message printed upon the door.

But Diamond died before the race went off.

There’s no word as to whether or not the race car will be retooled into a speeding memorial, but Block’s heart was clearly in the right place, and Diamond was surely touched by the sentiment.