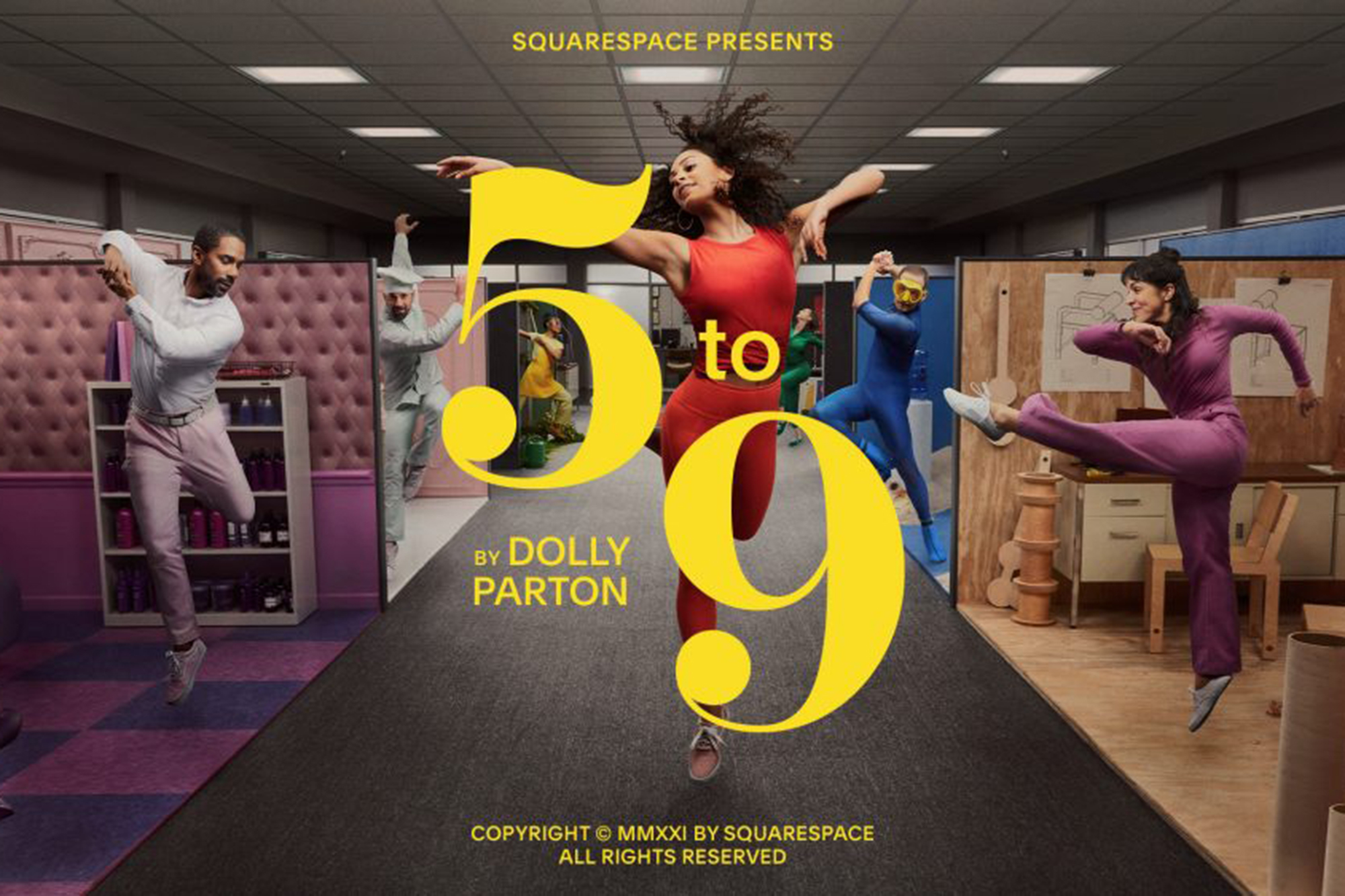 What a new way to make a living.

Website company Squarespace has teamed up with Dolly Parton to create a Super Bowl 2021 commercial reimagining the title track from the 1980 film “9 to 5” to be about hustle culture.

“Working 5 to 9, making something of your own now,” Parton, 75, croons in the clip, as bored office workers become enlivened after publishing personal websites. “Well, you got dreams and you know they matter. Be your own boss, climb your own ladder.”

Parton does not appear in the 37-second commercial, which Squarespace uploaded to YouTube ahead of the big game Sunday featuring the Kansas City Chiefs vs. the Tampa Bay Buccaneers. A recent-looking headshot of her does appear, however, on the cover of a magazine one actor is shown holding in a beauty salon as Parton sings, “Whole new way to make a living, gonna change your life, do something that gives it meaning, with a website that is worthy of your dreamin’.”

The commercial was directed by Oscar-winning filmmaker Damien Chazelle, 36, who directed 2016’s “La La Land” and 2014’s “Whiplash.” The cubicle choreography was done by Justin Peck, 33, who won a Tony Award in 2018 for his choreography on a Broadway revival of Rodgers and Hammerstein’s “Carousel.”

Dolly Parton meets fans at her Broadway musical “9 to 5: The Musical” at the Marquis Theatre on April 14, 2009. FilmMagic

The full two-minute, 31-second “5 to 9” single is available on Spotify. It features an image of a smiling Parton with six arms, all doing various office tasks.

This is the second time Parton has made major headlines this week, the first for reportedly being twice forced to turn down the Presidential Medal of Freedom.

This is not Squarespace’s first Super Bowl ad: In 2018, the company featured Keanu Reeves in a game day commercial.

Dolly Parton performs a song from “9 to 5: The Musical” during the 63rd Annual Tony Awards at Radio City Music Hall in 2009.Dimitrios Kambouris