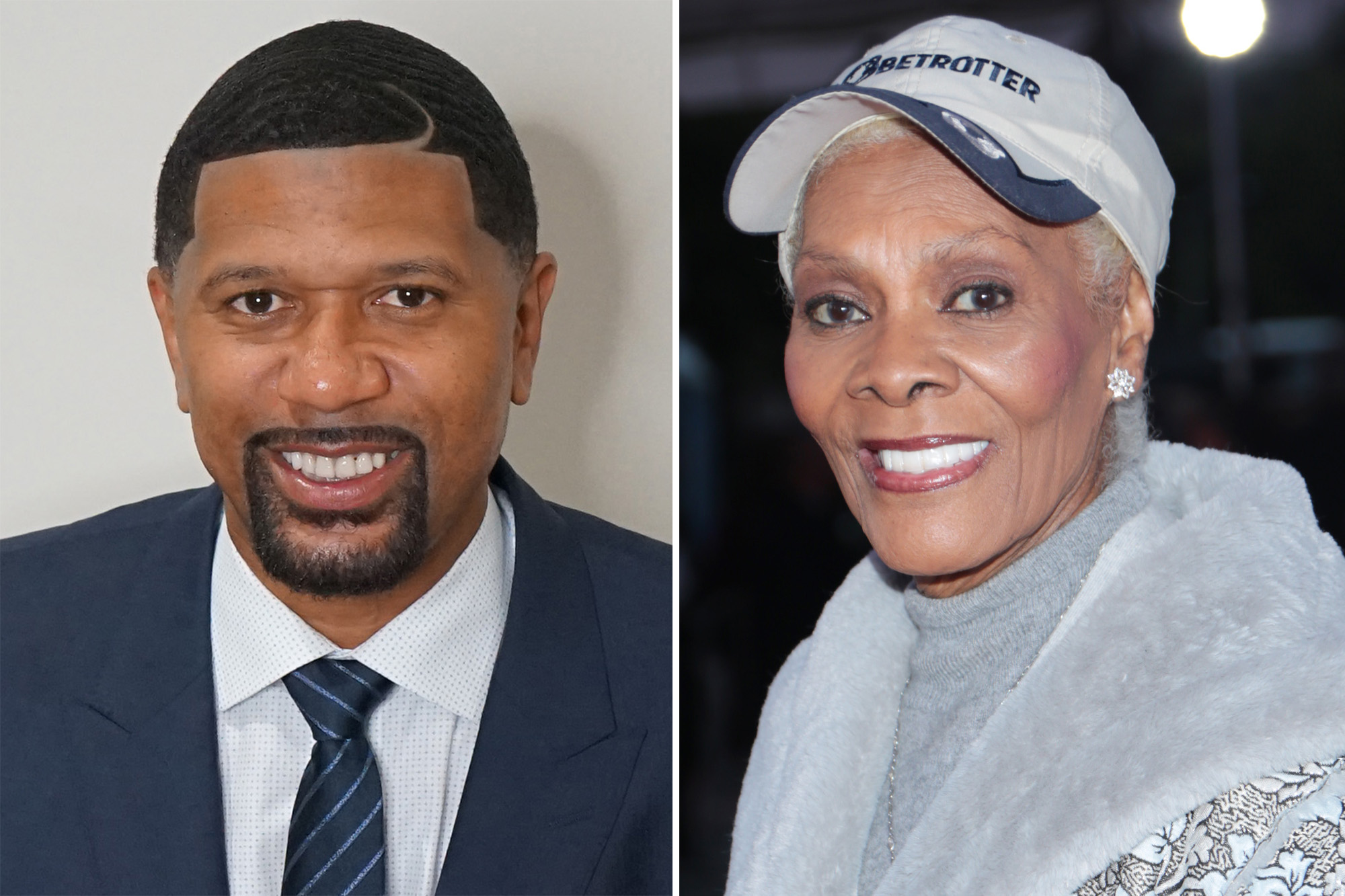 We’ve all been told about the legendary parties thrown by Hugh Hefner at the Playboy Mansion and late Lakers owner Jerry Buss at Pickfair during the team’s Showtime era.

But I am most interested in soirees thrown by my next guest on “Renaissance Man.” I asked iconic singer Dionne Warwick about her favorite places to let loose, expecting to hear about wild times at some legendary club.

“I party at my house, you know … I invite my friends to party with me at my home,” she told me, adding that she never hit the club while on the road.

I immediately pictured an intimate gathering of friends, strong cocktails, witty conversation and older record equipment like a component set playing 45s from the ’50s, ’60s and ’70s. And I imagined Dionne hosting in a sequin dress she wore on a red carpet in the 1980s.

After all, the “I Say a Little Prayer” singer told me that designer (and, ahem, Detroit native) Michael Travis made most of her gowns. He was the man responsible for Liberace’s flamboyant costumes, so we know she’s got some festive fashions in her wardrobe.

I can’t lie. I was extremely nervous for this interview, and when we finished, I took off my coat and showed my producer that my underarms were drenched. Why? Well, the regal artist reminds me of my mother, Jeanne. Growing up, people always told my mother that she looked like Dionne. They had similar builds, expressions and hair. Both were elegant. I’d sometimes tag along with my mom to the bar, where Dionne’s records would be playing and I’d hear the comparison over and over. So I inherently have warm feelings toward her.

In 2008, we co-hosted a party during Barack Obama’s inauguration. But sitting down one on one made those sweat glands go into overdrive. She was lovely. We talked about her career, the plans for her biopic and her reinvention as Twitter’s wise auntie.

Dionne was born into a gospel singing family (her cousin is Whitney Houston) in East Orange, NJ. She started doing backing vocals for big acts like the Drifters and Ben E. King. That led to her own recording deal, and a career that has endured decades and throughout trends. Her secret is remaining true to herself.

“I like me. I find no reason to want to be like anybody other than me. I was told that at a very early age. You can’t be anybody but yourself. And I enjoy being myself,” she told me.

Most recently, Dionne joined Twitter. She quickly amassed over a half-million followers and has endeared herself to a whole other audience of younger folks who didn’t grow up with her music. She has tweeted about Cardi B, overeating in the pandemic and the well-meaning Twitterverse’s offer to put her in bubble wrap. “Please consider that I would suffocate,” she quipped.

She tweeted this pearl of wisdom, which should be a universal standard for all social media and in-person interactions:

“Please stop and think ‘Would I say this to my Nana?’ … If the answer is NO then don’t say it to Dionne Warwick (Also somebody’s Nana).”

On her recent social media reinvention: “I’m enjoying the fact that so many are following me. You know, I’m happy and I’m taking the opportunity to be able to talk to youngsters, which is wonderful … They have a lot of fun with me because I’m having fun with it. I love to laugh, you know.”

She also seems to have fan in singer Teyana Taylor, who will be playing her in a series based on her life.

“Teyana is brilliant, and I’m so pleased that she said yes, that she wants to be a part of this. And not only will she be portraying me, but she’ll also be in the director’s seat … I’m truly blessed … We’ve had several telephone calls and she’s funny as all get out.”

There are also plans for a biopic, starring LeToya Luckett as Dionne. But they are still seeking funding for the project.

And what a life she’s led. She’s performed with all of the greats, including Elvis, Stevie Wonder and Gladys Knight. She’s lived through so much history and as a result is a walking book of wisdom.

Dionne said she grew up on a block that was like the United Nations, with every race, color and creed. “We walked to school together, we played together, we had sleepovers together.” So she wasn’t prepared for segregation down South and the riots that would happen in major cities like Los Angeles, New York City and Newark.

She told me she “never dignified segregation,” and when called the “N-word,” her grandfather instructed her to use withering comebacks to suggest that we’re all related in some way, instead of resorting to physical fights. Going through something so demeaning can harden a person, and I appreciate that she didn’t allow that to happen. She’s as joyful as a human can be.

The talented Ms. Warwick is also very diplomatic. She even refused to name her favorite young artist when I asked.

“Oh wow, there is so many of them. And since my activities on social media, I’ve gotten to know quite a few of the youngsters. So I am slowly becoming very much aware of them … So I am not going to chose just one or two.”

Dionne Warwick is the full package. I can’t wait to see her portrayed on-screen. And if I play my cards right, maybe I can score an invite to her premiere party at Chez Warwick.

Detroit native Jalen Rose is a member of the University of Michigan’s iconoclastic Fab Five, who shook up the college hoops world in the early ’90s. He played 13 seasons in the NBA, before transitioning into a media personality. Rose is currently an analyst for “NBA Countdown” and “Get Up,” and co-host of “Jalen & Jacoby.” He executive produced “The Fab Five” for ESPN’s “30 for 30” series, is the author of the best-selling book, “Got To Give the People What They Want,” a fashion tastemaker, and co-founded the Jalen Rose Leadership Academy, a public charter school in his hometown.