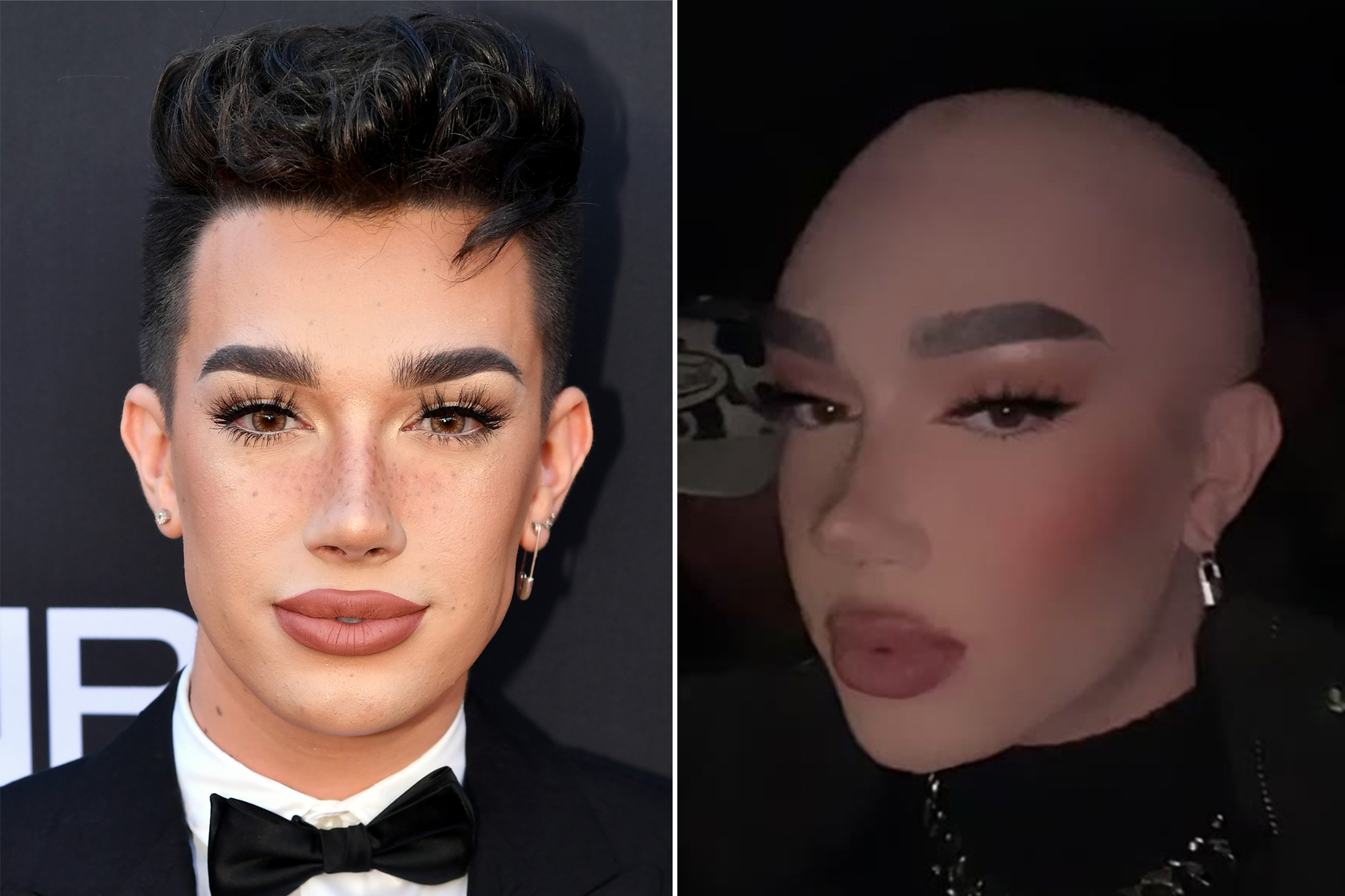 Is James Charles trying out a bold new ‘do?

The 21-year-old YouTube star started a social media frenzy on Friday by seemingly shaving his head.

After writing in an Instagram Story that his content on the platform had been “slacking so bad recently,” he teased a dramatic hair transformation, writing, “wait until you guys see what I did with my hair.”

The makeup expert’s followers didn’t have to wait long, as he soon reposted paparazzi snaps showing off a completely shaved head instead of his signature brunette hairstyle.

When asked by videographer Kevin Wong if he had really shaved his head, Charles replied, “I did. Do you like it? It’s gonna be my new look. It’s real. I just did it today.”

He added that he is “just trying something new,” and filmed the “entire” shaving process.

James Charles before and after he seemingly shaved his head.Getty Images; Instagram

Fellow makeup star Manny MUA tweeted about the shocking ‘do, writing, “when you facetimed me to show me… my gasp could be heard around the world.”

Despite the evidence, many fans were still skeptical that the look was real and not the product of a bald cap.

One tweeted, “that looks so fake i cannot,” with another adding, “oh sis… you tried . but we know,” referencing a photo that appears to show the back of Charles’ head.

Others saw the viral moment as fodder for memes, with Charles himself retweeting a side-by-side comparison with Amazon founder Jeff Bezos.

As the social media star is no stranger to controversy, it remains to be seen whether his new look is a bald head or a bald-faced hoax.