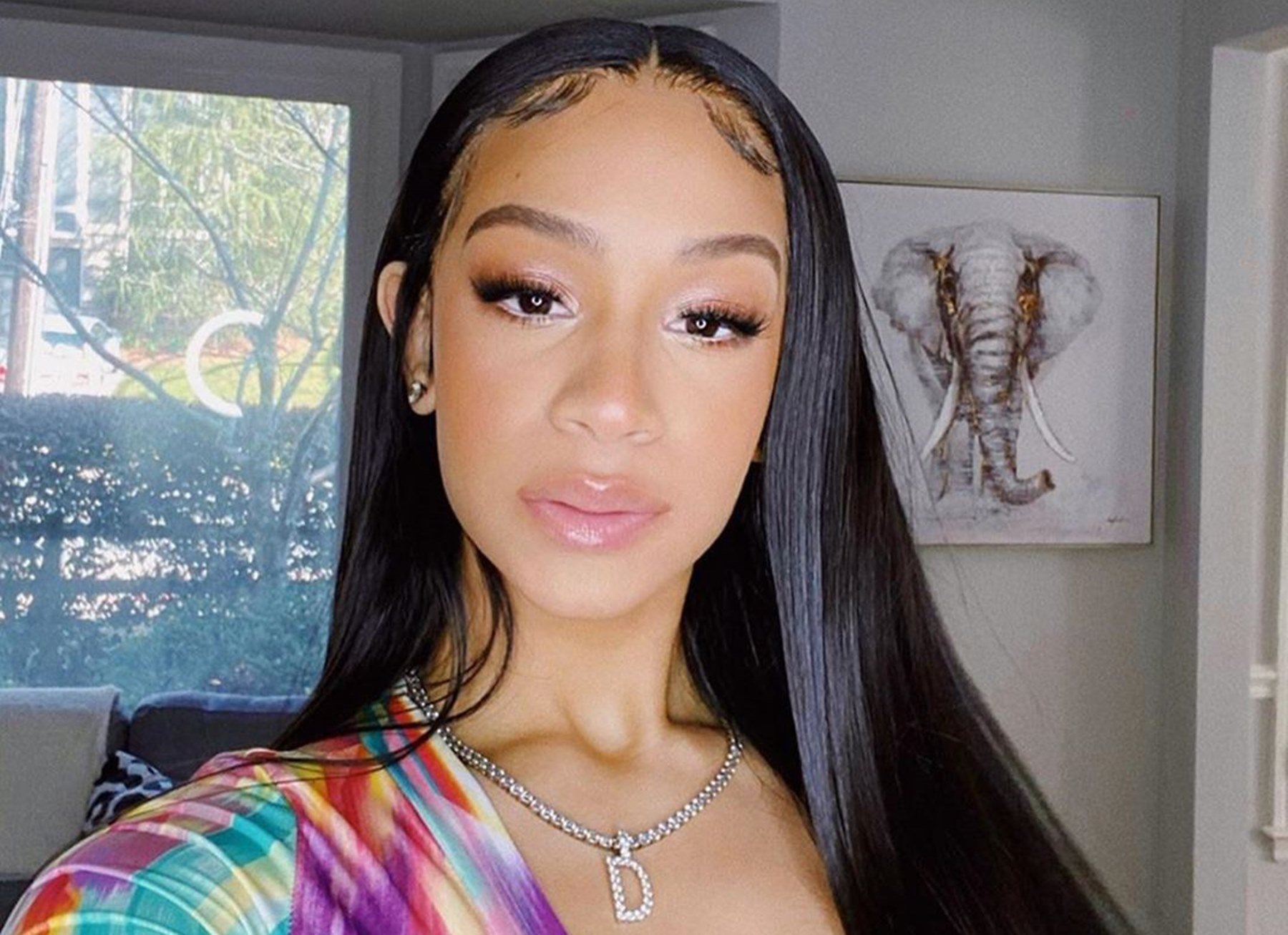 T.I.’s daughter, Deyjah Harris has an explanation for fans regarding the fact that she does not want to be a part of the BussIt challenge. Check it out below.
Someone said: ‘She carries herself like such a lady. I’m so here for it 💕’, and a commenter posted this: ‘I hate how he ruined everything for her, but she grew if she wanna do it let her. He’d just have to be expeditiously mad😂🤷🏽‍♀️.’
A commenter said: ‘Challenge is played out now anyway. She’s better off,’ and somoene else posted this: ‘She’s so beautiful. Her father really made things difficult for her. She can’t even enjoy a simple challenge due to the backlash she’ll receive.’

Someone else said: ‘ It’s sad she has to deal with the backlash of her father’s ignorance,’ and a commenter posted this: ‘Deyjah is such a gem. One of the greatest, most genuine women i know. She deserves the world and beyond it…’
One other follower said: ‘She could’ve kept the explanation.. you’re a grown woman,’ and a commenter posted this: ‘It shouldn’t have to be like that, people praised Chloe when she did it 🤷🏽‍♀️ give her a break !!’
Someone else said: ‘Deyjah: Asks to be left alone. Shaderoom: Well let’s posts her response so people can talk about her.’
A follower said: ‘sad she had to do that. The anxiety a misogynistic & judgemental world creates in the black woman. We’re all out here to enjoy life. sad she feels shell be attacked for doing anything she feels is right for her’
A follower said: ‘Tip ruined her life, now she’s scared to have a little bit of fun 🤦🏽‍♀️’ and someone else posted this: ‘ lAll because of her reckless daddy… smh hate to see it.’
Deyjah Harris made her fans happy these days with a new clip on her social media account. Check out the video that had her fans in awe.
RELATED:
Advertisement

Tiny Harris Snaps At T.I. In Part 2 Video Interview With Jada Pinkett Smith Where She Reveals Why The Rapper Cheated On Her — Deyjah Harris’ Father Comes Up With Bewildering Excuse For His Infidelities »