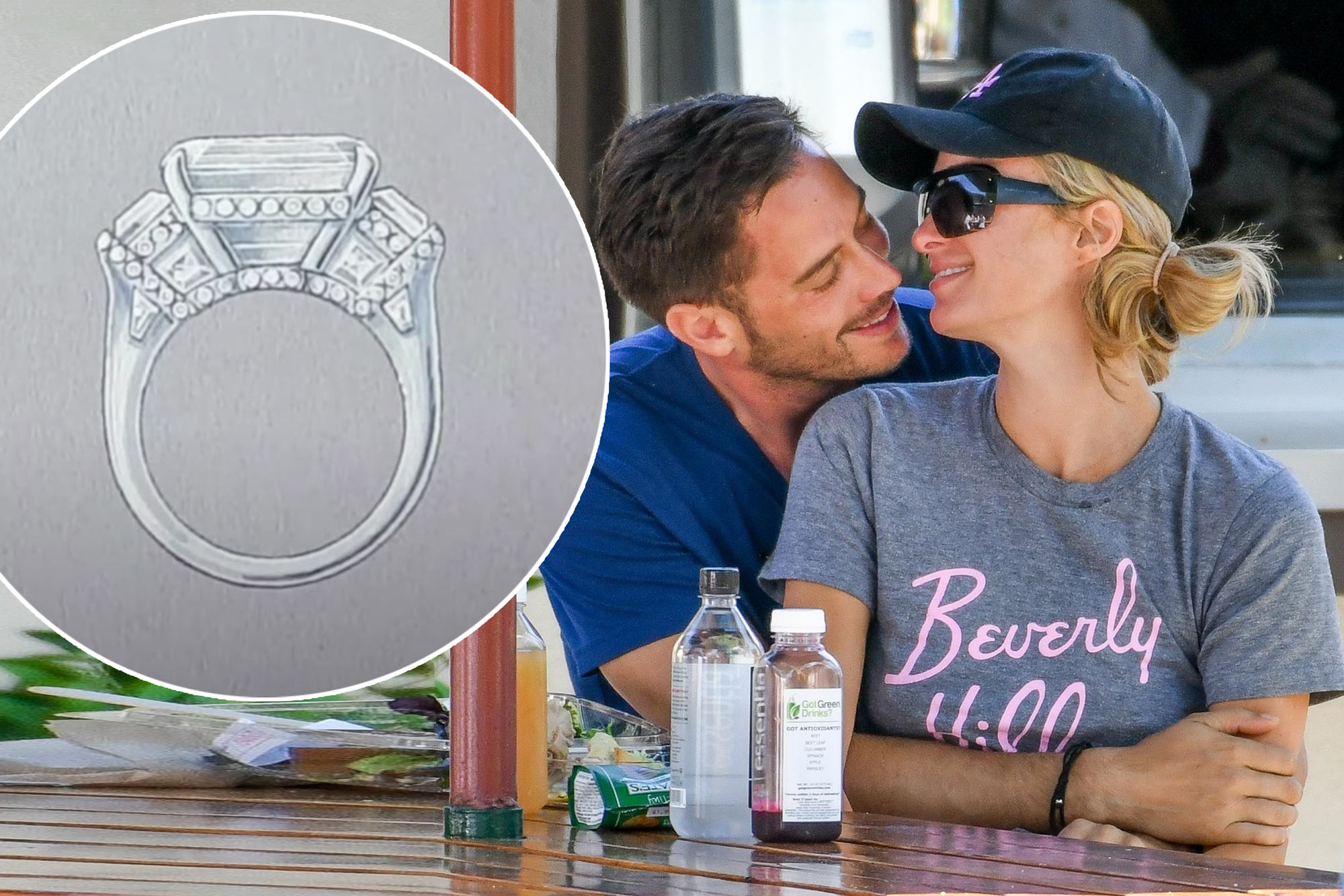 Venture capitalist Carter Reum proposed on Saturday while celebrating the entrepreneur and DJ’s 40th birthday on a private island, presenting her with a show-stopping emerald-cut diamond engagement ring.

“My love went above and beyond in every way,” Hilton wrote on her website. “He tapped Jean Dousset, the great-great-grandson of Louis-François Cartier, to design a breathtakingly beautiful ring that appears to be lit from within.”

It appears the giant sparkler, which also features two trapezoidal stones flanking the center diamond as well as dozens of smaller stones throughout the intricate setting, was inspired by Paris landmarks including the Grand Palais and the Eiffel Tower.

Hilton shared a YouTube video of her custom ring — called the “Paris,” of course — being hand-painted in Dousset’s atelier.

Reum seemingly spared no expense on his sweetheart’s sparkler; according to Shannon Delany-Ron, JamesAllen.com‘s director of communications, the ring “looks to be at least 10 carats, with a price point likely starting at around $1 million.”

Kathryn Money, SVP of merchandising and retail expansion for Brilliant Earth, echoed the estimate, telling Page Six Style that the center diamond could easily be between 15 and 20 carats.

And Mike Fried, CEO of Diamond Pro, ventured an even larger valuation: “I would say that it has dwarfed the $2 million her last ring was worth,” the gem expert told Page Six Style, calling it a “gargantuan undertaking by the jeweler” and a “masterpiece of design.”

More photos of Hilton and Reum’s engagement are available on ParisHilton.com, and we’re told the social media superstar will share more details about her birthday weekend on the premiere episode of her iHeartRadio podcast, “This Is Paris,” on Feb. 22.