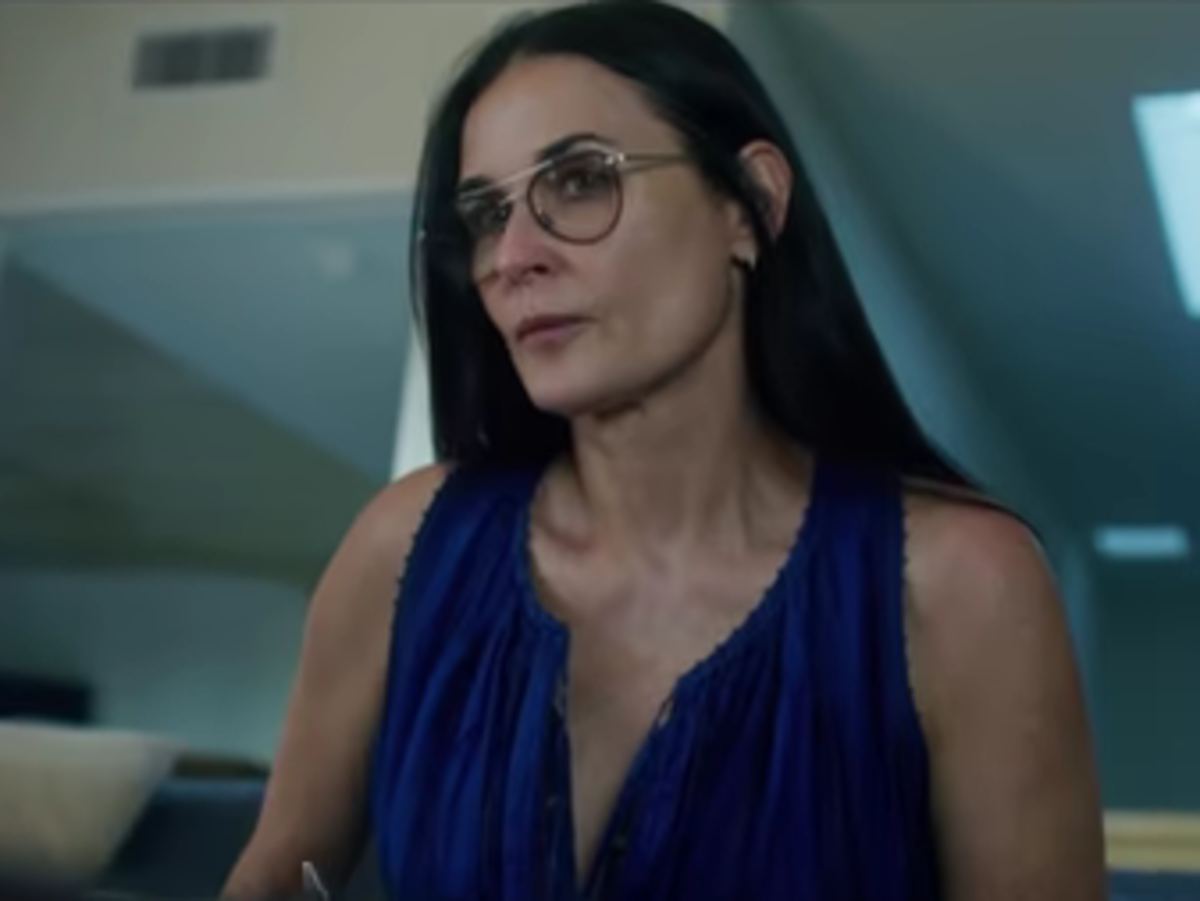 Demi Moore is reportedly shocked over the backlash she’s received for her new movie Songbird. The movie takes place during the year 2023 and is about the newly mutated COVID-19 strain that is called COVID-23. The movie was panned by critics and downright hated by audience members, many of who lost loved ones due to the current COVID-19 pandemic that has killed a staggering 397,000 Americans and is quickly approaching 2,000,000 deaths worldwide. For many who lost loved ones, the film has been described as triggering.
Michael Bay produced the movie and the fact that it bombed has little to do with the cast that is amazing. In addition to Demi Moore, the movie stars Sofia Carson, KJ Apa, Craig Robinson, Peter Stormare, Paul Walter Hauser, Alexandra Daddario, and more. The movie bombed because people found it insensitive and even cruel to create a movie about a pandemic while people are fighting for their lives from the current pandemic.
A source spoke to Life & Style for their upcoming January 18, 2021, issue and discussed Demi’s shock and disappointment over the movie.
Demi jumped at the chance to star in the movie; with its topical storyline, she expected it’d be a box-office hit. She’s disappointed that it’s flopped and is shocked at the backlash.
It’s astonishing to many people that the stars of the movie, including Michael Bay, didn’t see beforehand how audience members would find the movie disturbing.
You may see the official trailer for Songbird below. Warning, many people who lost loved ones due to the COVID-19 pandemic may find the following video triggering.

Demi Moore shared a video clip of the trailer on her official Instagram account, where she has 2.1 million followers and though many of her friends and fellow celebrities shared their praise for Demi’s film, many other people left negative comments.
One person left this remark.
Why would anyone want to watch this? It’s another way to create fear. I normally like her movies, but dang… we want to be entertained, not scared.
Another person said this.
only in America, why would anyone agree to do a movie like this just awful people have lost loved ones appalled & disgusted sadly a poor decision.
Advertisement

Did you see the movie Songbird? What do you think about the film?