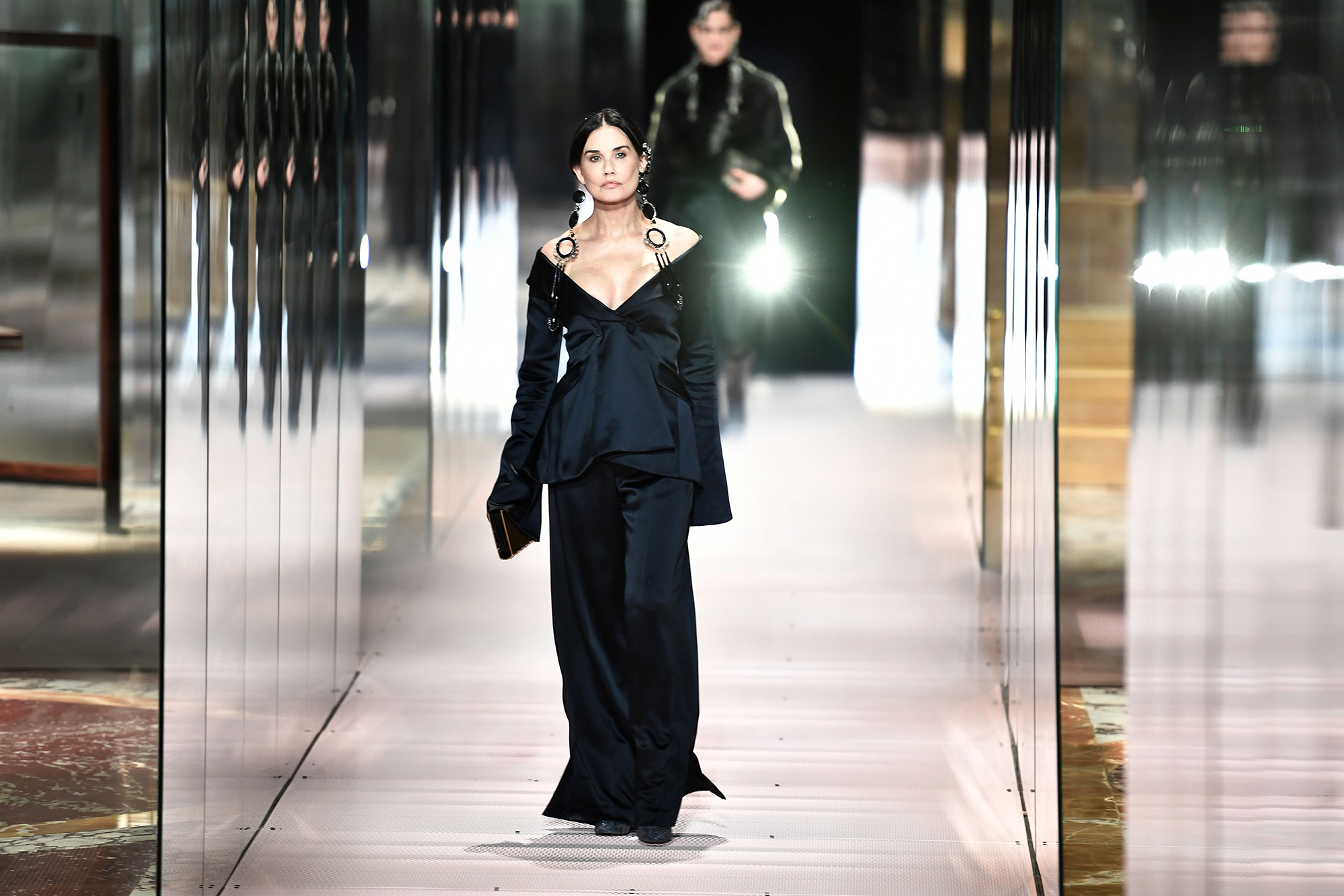 “Truly, it didn’t hit me until afterwards that it was really a teenage fantasy fulfilled,” the 58-year-old actress told Naomi Campbell during a chat for the supermodel’s “No Filter With Naomi” YouTube series on Tuesday.

“I took a moment and I thought, ‘Oh my God, I just walked a runway show with some of the biggest models ever.’ … I literally felt like a little kid.”

Campbell, 50, also appeared in the show, as did Bella Hadid, Cara Delevingne, Christy Turlington and Kate and Lila Moss. Moore opened the presentation in a plunging off-the-shoulder black suit and giant geometric statement earrings — but said that to her, the moment was about more that just fashion.

“It felt special for me because it felt less that it was entirely just about the clothes but it was more about the full story,” the “Ghost” star said, adding, “It felt very magical and moving.”

During the sit-down, Campbell also asked Moore to reflect on her iconic 1991 Vanity Fair cover, for which she posed nude while pregnant with daughter Scout. (Incidentally, Scout — now 29 — accompanied her mom to Paris for the Fendi show, and the pair even prepped together with face masks.)

“I understand the impact it had on the world, and on women — our permission to embrace ourselves in a pregnant state,” Moore said. “That was a moment of recognition that I do think helped move me down the path of being able to step into owning who I am.”

Wendy Williams Really Wanted Full Control While Working On Her Biopic And Documentary – Here’s Why!
Kandi Burruss Shows Off Her Relax And Chill Mode Outfit – See It Here
Comment