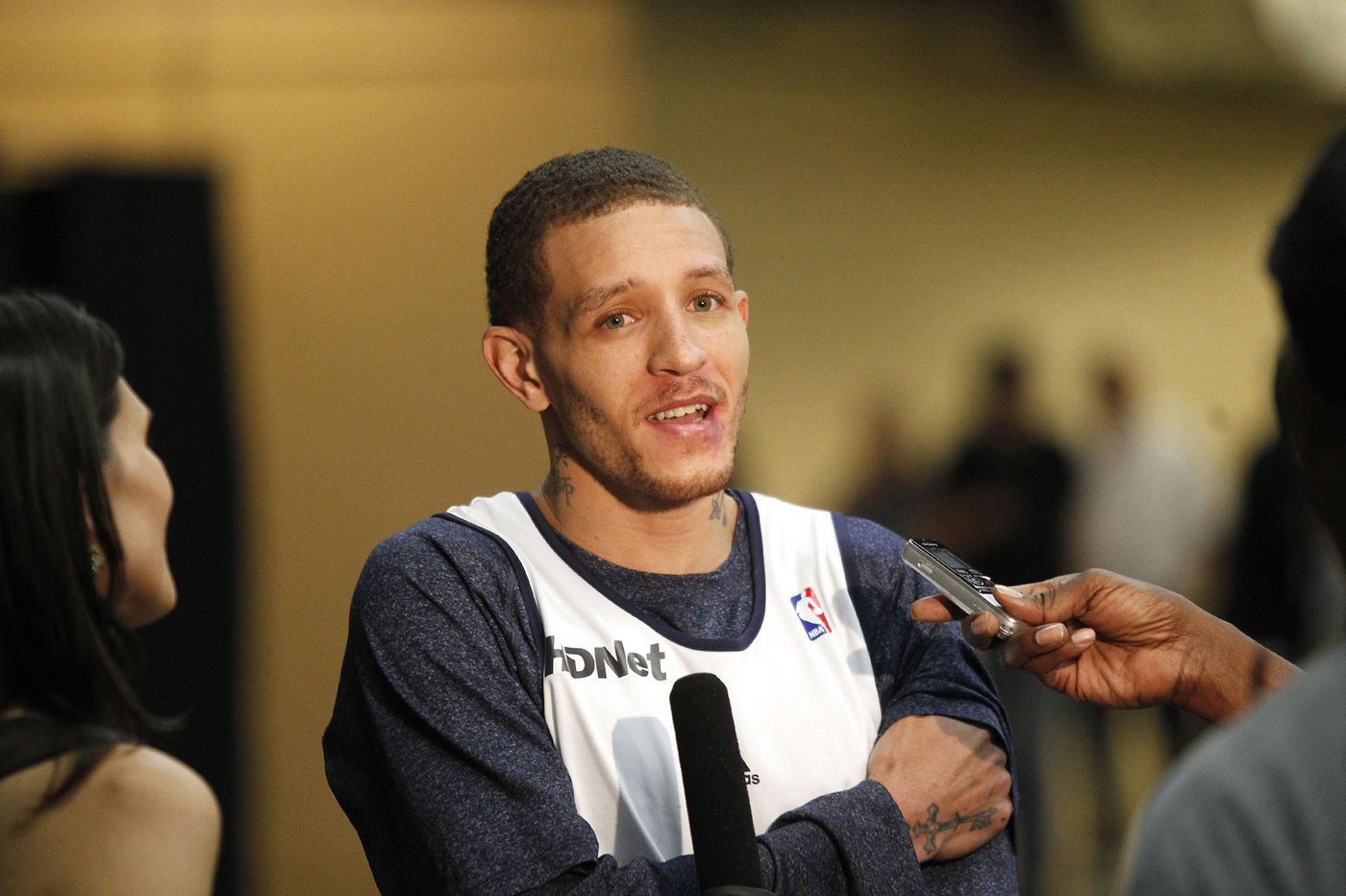 It’s been just revealed that Delonte West got a job at the very same rehab facility where he got treated a while ago. The Shade Room has more details about what happened and you can check them out below.
TSR noted that ‘It looks like things are looking up for former NBA star Delonte West. Last year, many fans and peers expressed their concern for Delonte, and with the help of Dallas Mavericks owner, Mark Cuban, he was able to check into a rehab facility to receive treatment. Fast-forward, and it looks things are still going well.’
TSR also notes that ‘Reporter Shams Charania of The Athletic and Stadium revealed that Delonte has now received employment at the very same facility where he received his treatment.’

He reportedly said the following: ‘West now has a job at the Rebound therapy center in Florida, which is the rehab facility he attended. Dallas Mavericks owner Mark Cuban reunited West with his mother in September and has stayed in close contact.’
Someone else said the following words: ‘Mark Cuban is a real-life angel for saving this man’s life😩💕’ and another follower posted this: ‘Hope he can help others with his experience.’
A commenter said this: ‘Sometimes all you need is for someone to believe in you,’ and somoene else posted this: ‘This is why Mark is my favorite shark. He genuinely cares about people.’
A follower posted this: ‘Love it hope he stays clean 👏🏽 Prayers and strength to that man 🙏🏽’ and one other follower posted this: ‘don’t judge people by what jobs they have.’
A fan wrote the following message: ‘That’s amazing !!! Glad he has the help.’
Someone said: ‘Think they should keep where he working private let him heal in peace.’
Advertisement

Stay tuned for more news about what’s he up to these days.

Alex Rodriguez Opens Up About His ‘Blended Family’ With Jennifer Lopez – Shares Details About How They ‘Navigate’ Everything!
Comment