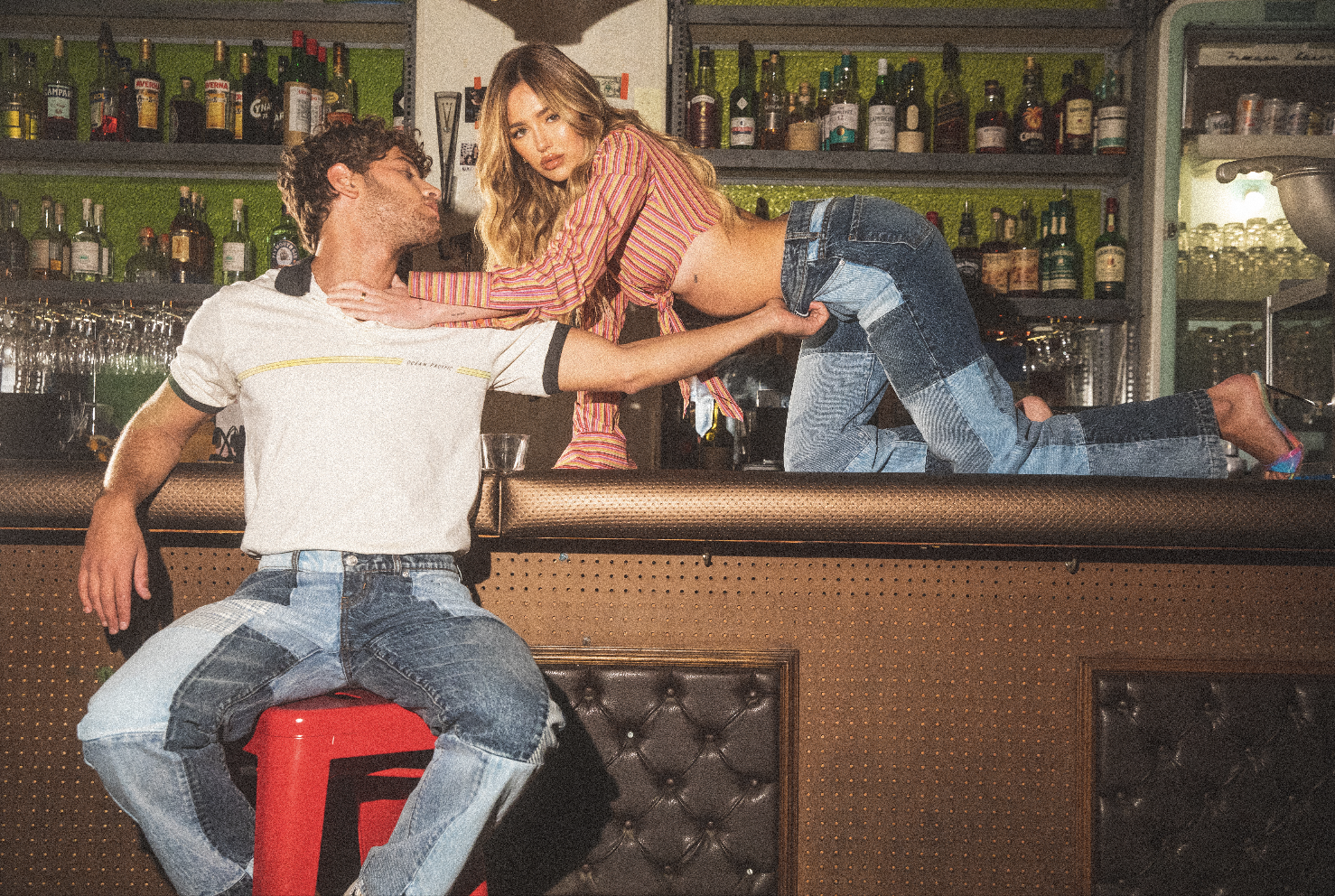 In their first campaign as a couple, Delilah Belle Hamlin and Eyal Booker are a match made in denim.

The two stars joined forces with Revice Denim for Valentine’s Day, starring in a steamy photoshoot for the brand’s vintage-inspired Los Angeles Lovers collection, which dropped on February 12.

“We’ve never shot a campaign together before and it honestly gave me butterflies; I fell in love with him even more,” Hamlin, 22, told Page Six Style.

“The chemistry between us was really cool to see in a professional atmosphere as well.”

Hamlin wasn’t the only one feeling love in the air, as Booker, 25, was also transported back to “the butterfly feeling of when we first started dating.”

“It was actually a really beautiful experience, more so than I thought it would be,” the “Love Island” star said of the shoot. “There was something really raw and beautiful about our chemistry that day.”

As soon as photos were snapped of the pair cuddling on a sofa, Booker said he knew it was “going to be a sick shoot from there.”

The couple seemingly couldn’t keep their hands off of each other, posing seductively atop a bar counter in other shots from the campaign.

Hamlin also modeled for several solo snaps, including one featuring her favorite look of the day: the collection’s “Bonnie & Clyde” cow-print jeans ($98) paired with a red trench coat.

The two stars told us they regularly raid each other’s closets.

“I can’t lie — I actually steal Delilah’s clothes all the time and wear them,” Booker admitted. “She also loves to steal all of my boxer shorts!”

In addition to swapping sweats and jackets for everyday wear, Hamlin said she selects stylish gifts for special occasions and helps her boyfriend “pick out items for shoots.”

“I would like to think I’m good at picking for Delilah, but I can’t lie — she always buys me the best gifts!” exclaimed Booker.

As the eldest daughter of “RHOBH” star Lisa Rinna and actor Harry Hamlin, Delilah has Hollywood fashion in both her genes and her jeans — and the star weighed in on denim trends during our chat, telling us she’s done with second-skin pairs.

“I’m not really into any skinny jeans at this moment in time, to be honest,” she shared. “I hope boyfriend and mom jeans stay in style and continue to get even more popular, or even patchwork denim.”

It seems the couple is even in sync when it comes to their dislike of binding blues, as Booker said he also prefers the “more effortless” look of a “bootcut, flared, baggy fit.”

“I used to love ultra-skinny jeans, but I can’t lie; those days are over and I’m pretty happy about that,” he said. “They used to strangle my lower body!”

The denim in Revice’s Valentine’s Day collection comes in a range of fits and is available in sizes 23-32, with everything ringing in at under $100.

Hamlin and Booker aren’t the only famous fans of Revice Denim; Kendall Jenner, Miley Cyrus and Addison Rae have all been seen rocking styles from the LA-based brand.