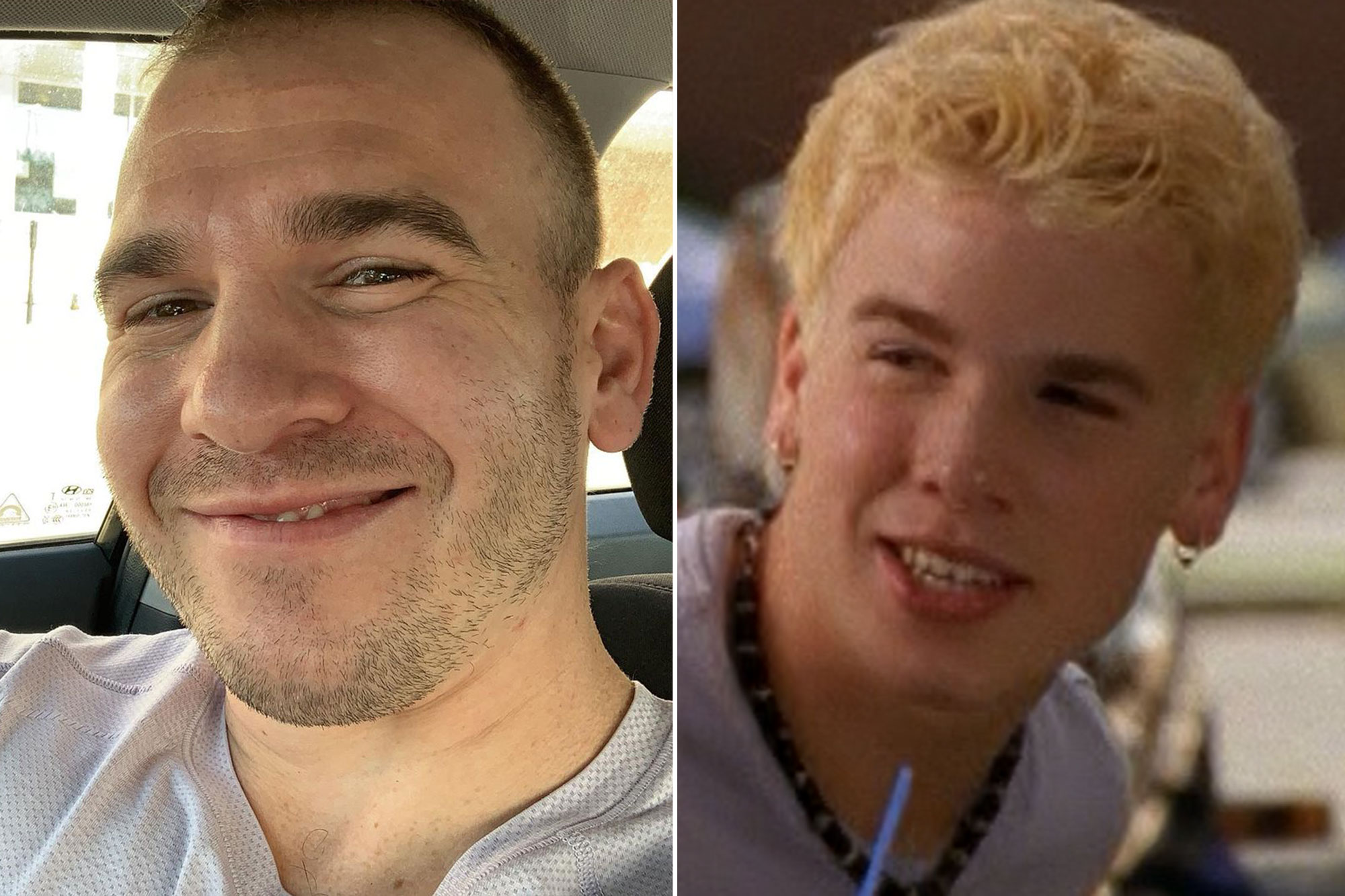 Spinner Mason’s iconic bleached-blond hair on “Degrassi” was born out of Shane Kippel’s attempt to impress an ex-girlfriend.

“She loved all these West Coast bands where the guys would have this bleach-your-hair-at-home look.”

He added that the pair were going for an “early days of Blink-182” look with their at-home dye job.

“Well, she was going for,” Kippel clarified. “What did I know? I was young and impressionable and was like, ‘Oh, well she will like me more, so let’s definitely do it.’”

The actor jokingly added, “The relationship? The hair? Everything was a failure, let’s put it that way.”

When he showed up to work the next day, producers made him redo the dye job to make it look more professional, but he kept the tips blond for the next couple seasons as it grew out.

Kippel said producers made him change up his hairstyle when ringlets started to form.USA

“When my hair got a little bit too long and the ringlets started to form, they were like, ‘Alright, we have to step in here,’” he told us, adding that his next hairstyle was the one he will never live down.

“That Flock of Seagulls hair flip or as they called it, the ‘relaxed mohawk.’ I would wear an actual mohawk over that every day if I had the choice.”

The actor hated his “relaxed mohawk” look on the show.USA

In Season 7, Kippel sported a shaved head while his character battled testicular cancer.

“What I found out after shaving my head for the show was, you can compliment someone’s hair all day long or you can insult a bad hairstyle, bad hair day, whatever it is — but when you shave your head, all you have is the shape of your skull,” he said.

“A compliment on my hair never felt anywhere near as good as a compliment on the shape of my head, because that’s bone structure, that’s genetics.”

Kippel shaved his head in Season 7 while his character battled cancer. USA

These days, Kippel is living in Toronto with his ballet dancer girlfriend. He told Page Six Style that he took some time off acting to focus on music, but is now trying to develop a sitcom.

He also produces, writes, directs and stars in sketch comedy clips that he posts on his social media.

“My dream is to have a career sort of like the Seth Rogens, the Adam Sandlers, the ones that create their own work, hire their friends and have a good time, and that’s what I’m trying to develop right now.”

Kippel recently reunited with his “Degrassi” cast members at the ATX TV Festival for the 20th anniversary panel, presented by Tubi.

KUWTK: Kendall Jenner Finally Opens Up About Her And Devin Booker’s Romance A Year Into Dating Him!
Oprah’s favorite Philosophy moisturizer on sale for Prime Day 2021
Comment