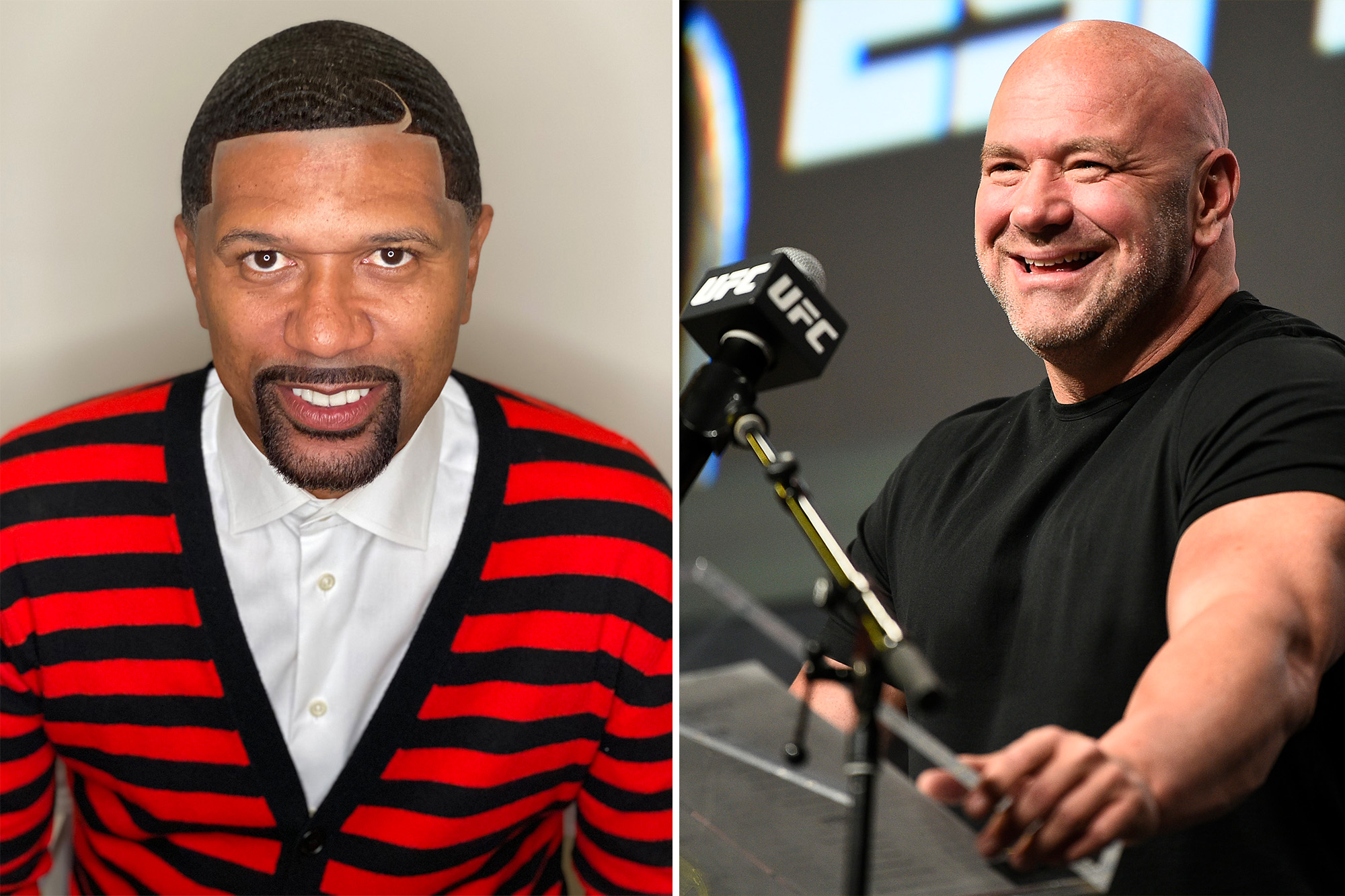 Last year when the pandemic shut everything down and put all sports on the sidelines, one dude leaned into his love of fighting to literally push his way through restrictions and our collective fear. In the process, he created the blueprint that would allow athletes to compete in this bizarre new world. That man, UFC’s Dana White, is my guest on this week’s episode of “Renaissance Man.”

In June, UFC announced the launch of “Fight Island” in Abu Dhabi, which was a way to get around travel restrictions, and create a contained environment where COVID-free bouts could happen and be watched on Pay-Per-View. What seemed like a Willy Wonka-esque experiment actually worked. And in July, the NBA would follow suit, launching their bubble in Disney World.

“I always said, let’s take this thing head-on and let’s figure it out,” he told me about COVID-19. “Find solutions because … There’s a standard rule. You have something like this that happens to your business. OK, so here’s what we need to do. We shut down, we get rid of 30% of our staff. We cut all of our executive pay in half.

“There’s no way in hell I’m doing that … A lot of the people that are still here, were here in the beginning as we built this company. You know, people have been here for years,” he added, sounding like a tiger protecting both his meals and his cubs.

And it feels like it’s come full-circle for White and the UFC. On April 24, UFC 261 will be live in Jacksonville, Florida, in front of a capacity crowd.

When I think of UFC, I think American Jon Jones is the best mixed martial arts fighter ever. Irishman Conor McGregor is a great showman, and the French-Cameroonian big man, Francis Ngannou is knocking people out like a modern-day Mike Tyson. There are so many amazing characters from across the globe, but White is still the face of the outfit, which is unheard of in sports.

“I used to make this bold statement 13, 14 years ago that the UFC would be the biggest sport on Earth,” he told me. Bold indeed. In 1996, the late Sen. John McCain referred to mixed martial arts as “human cock fighting,” and here we are in 2021 and it’s mainstream. White had to swim upstream to evangelize it. In the process, he helped create a universal language and culture around combat sports.

Dana White created the blueprint that would allow athletes to compete in this bizarre new world. AP

“I have this philosophy: It doesn’t matter what color you are, what country you come from or what language you speak. We’re all human beings, and fighting’s in our DNA. We get it. We like it,” he said, adding that in the US the NFL is king, but in other cultures people might care more about cricket, which will never be big here. “The fighting works everywhere … It doesn’t have to be explained to us. So with that philosophy, we went out and started basically finding fighters from all over the world, getting television deals all over the world.”

Like me, he is a boxing lover, but he created a brand to compete with it and fix some of its shortcomings like pairing up fighters who are past their prime, as we saw with Pacquiao and Mayweather.

“I guess it’s our willingness to always want to find the absolute best fighters in the world and match the best against the best. I mean, it was one of the things as a huge boxing fan, it used to drive me crazy that we could never see the fights that we wanted to see or we would see them too late. They were years down the road when, you know, the guys were out of their prime … So it was our goal to always make sure that we found the best, and had the best, fight the best,” he said.

It doesn’t hurt that White looks like he was birthed in a blood-soaked octagon. With his jacked frame and bald head, he looks like he could go toe-to-toe with any UFC talent. And he sounds like he sprinkles glass on his Rice Krispies, so I had to ask about his diet and fitness routine. “My diet is horrible, and the only reason I have a fitness routine is because I love food,” he said.

He works out every morning in the gym attached to his office, so he can eat whatever the heck he wants. In his hometown of Vegas that includes Carbone, strip steak in Mandalay Bay and SW Steakhouse in the Wynn.

As for people who fed his passion, he named two legends also at the top of my list: Muhammad Ali and Bruce Lee.

When I was growing up, if you could break dance and use nunchucks, you were the king. Lee fed the latter part. I had his flat shoes, and we used to make homemade or “ghetto nunchucks.” After I mentioned that, White chuckled and admitted that he had the “ghetto nunchucks,” too. He also loves Michael Jordan, so I asked what would happen if we put MJ in the octagon with LaVar Ball. White didn’t even blink before answering that Jordan would destroy anyone in his path.

“He’s a killer. He’s a savage. He goes right for the jugular. All he wants to do is tear you apart,” White said.

Speaking as a bug on the Jordan windshield because he beat my Pacers in the 1998 Conference Finals on the way to the championship, I can’t argue. Nor would I want to spar physically or verbally with a guy like White.

This is a man who told me that if he had a boat, he’d name it “Punch Drunk” or “Punchy.” I’m a little out of practice with my nunchucks, and I’d like to make it to watch the main event on Saturday with Italian Marvin Vettori and Kevin Holland.

Detroit native Jalen Rose is a member of the University of Michigan’s iconoclastic Fab Five, who shook up the college hoops world in the early ’90s. He played 13 seasons in the NBA, before transitioning into a media personality. Rose is currently an analyst for “NBA Countdown” and “Get Up,” and co-host of “Jalen & Jacoby.” He executive produced “The Fab Five” for ESPN’s “30 for 30” series, is the author of the best-selling book, “Got To Give the People What They Want,” a fashion tastemaker, and co-founded the Jalen Rose Leadership Academy, a public charter school in his hometown.

Demi Lovato Breaks Down Over Her Split From Max Ehrich In Her Documentary – Watch!
Tom Brady Raves About Beloved Wife Gisele Bundchen – Says She ‘Brings Out The Best’ In Him!
Comment