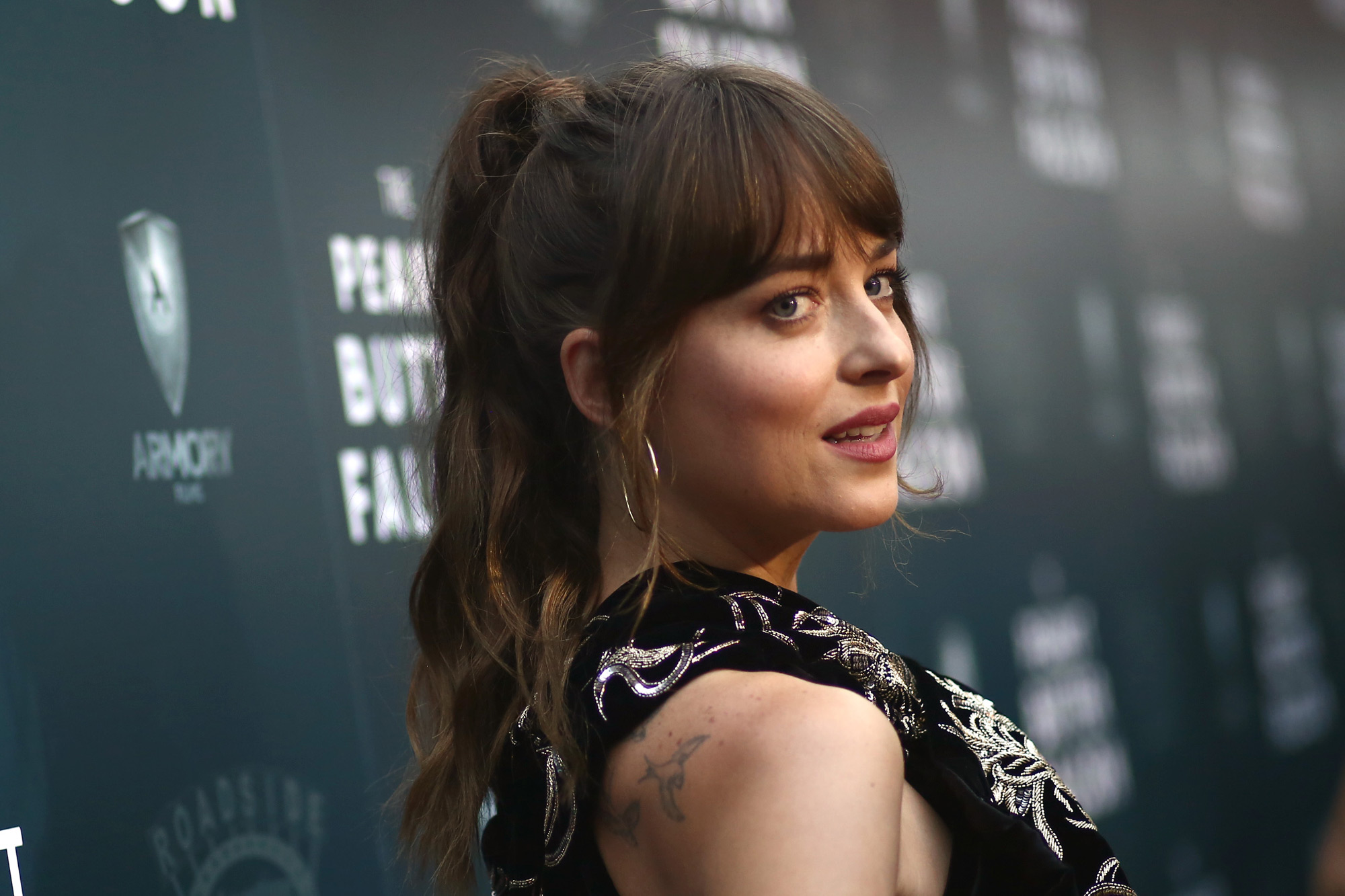 Corden argued that the number puts Johnson squarely in the “fiend zone.”

“I think 11 is fiend. I think any more than eight is a fiend,” the host said.

Johnson indeed has been hiding her ink in plain sight; not only does she have a matching infinity design on her arm with boyfriend Chris Martin, but the actress also has the words “I love you” dedicated to the Coldplay singer.

She also has a dying sunflower to represent climate change and the need to care for the Earth, a small mysterious design behind her ear, three birds on her shoulder, the words “to the moon” with stars on her foot, the word “amor” on the back of her neck, and the phrase “Acta Non Verba” — which translates to “actions not words” — on her inner bicep.

She admitted that the Latin design — which was her very first tattoo and a saying her dad used to repeat — is one she “regrets,” because it’s “too serious.”