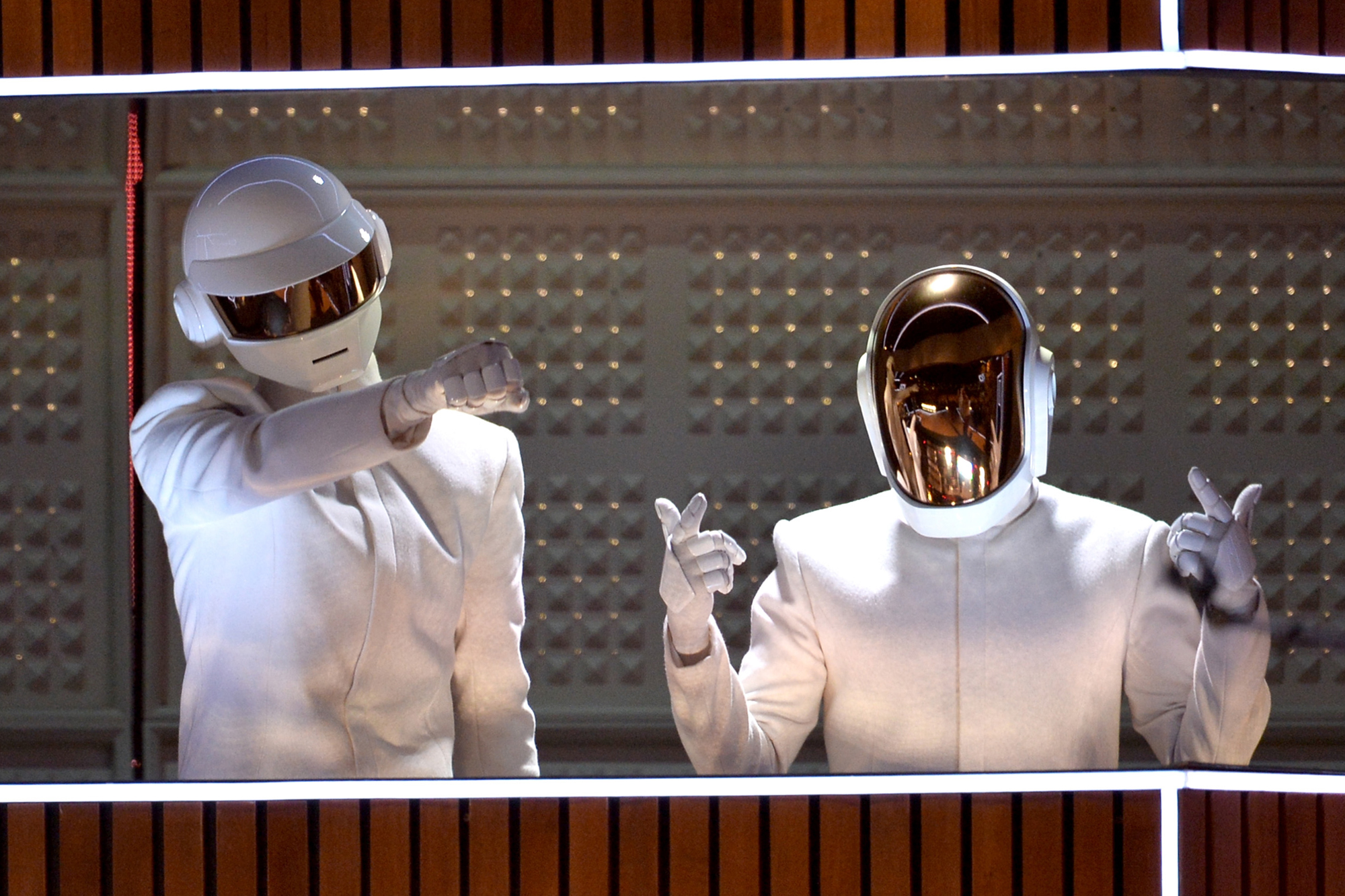 The DJs have self-destructed.

French multi-instrumentalists Thomas Bangalter and Guy-Manuel de Homem-Christo — who some credit with the “birth of EDM” — announced their retirement on Monday morning in an eight-minute video dubbed “Epilogue,” shared on their digital media platforms. The group’s longtime publicist Kathryn Frazier confirmed the split to Variety reporters, declining to provide additional comments.

The video features the pair in the dimly lit desert wearing their signature space helmets, which have concealed their identities for virtually their entire careers, and matching black jackets bearing their brand.

They walk solemnly for two minutes before stopping face-to-face in silent communication. One member then removes his jacket to reveal some kind of battery cell, prompting his partner to activate the device on his back before quickly stepping away — and exploding.

French multi-instrumentalists Thomas Bangalter and Guy-Manuel de Homem-Christo have collaborated with chart-topping artists such as Kanye West and Pharrell Williams.WireImage

The footage cuts to a desert sunset — or is it a sunrise? — as their 2013 single “Touch” provides a soundtrack to the end.

The song had been one from Daft Punk’s “Random Access Memories,” including global chart-topper “Get Lucky,” featuring NERD’s Pharrell Williams and funk legend Nile Rodgers — a song that clinched their 2014 Grammy win for Best Album. Other high-profile collaborations include production on a number of tracks on Kanye West’s critically acclaimed 2013 record “Yeezus,” as well as The Weeknd’s 2016 album “Starboy,” particularly its title track “I Feel It Coming.”

The enigmatic duo, who came together as Daft Punk in 1993, has maintained a remarkably low profile despite their longevity and a global cult-like fan base. Their music has been sampled by a number of popular mainstream artists, including 50 Cent, Nicki Minaj, Will.i.am, Machine Gun Kelly and perhaps most notably in Kanye West’s “Stronger.” The versatile artists were also tapped to compose the score for Disney’s “Tron: Legacy” in 2010.

According to Variety, it was the group’s groundbreaking performance at Coachella in 2006 that some have called the “birth of EDM,” electronic dance music, thus spawning later synth-heavy hitmakers such as Skrillex, David Guetta and Calvin Harris.