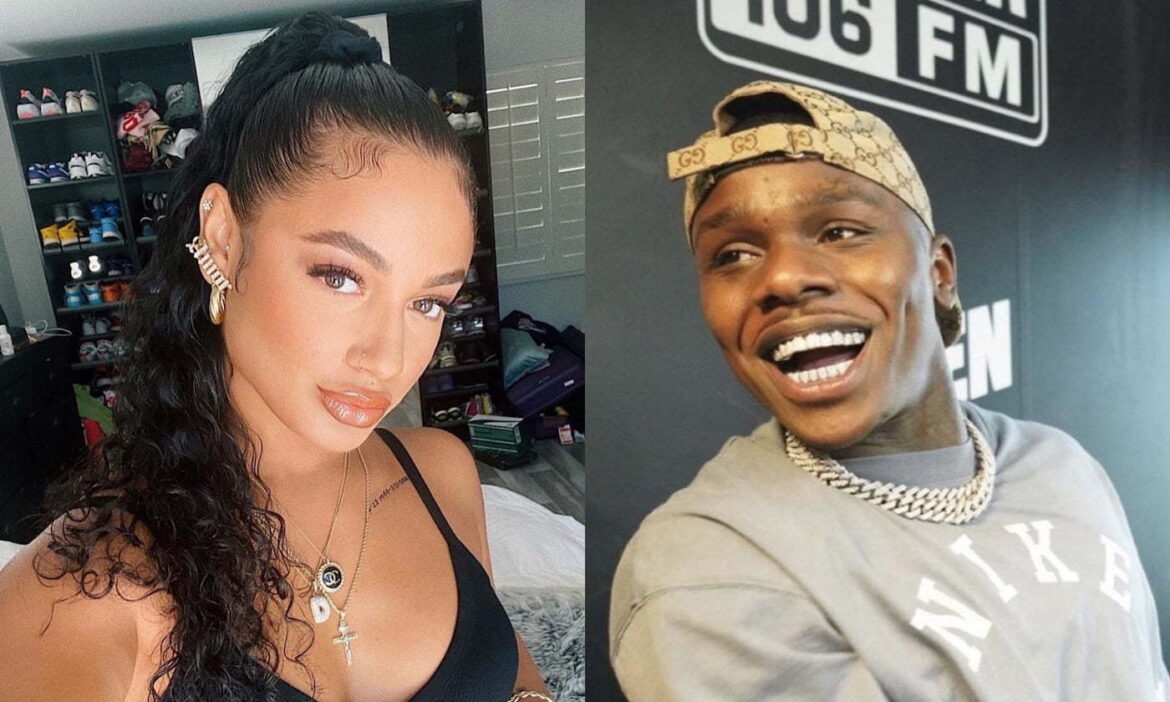 Just a few weeks ago, DaBaby and Dani Leigh were in the headlines amid claims that they were the game’s “hardest couple.” A new report from Hot New Hip Hop, however, says the couple seems to be on the rocks already and his latest track, “Masterpiece,” is an ode to their already dissolved relationship.
According to Hot New Hip Hop, thus far, it appears as though they’ve called off their romance, although, Dani Leigh has reportedly done so in a more candid and direct fashion.
RELATED: It Looks Like DaniLeigh And DaBaby May Be Dating
https://www.instagram.com/p/CK_ykQvpcNB/
DaBaby, on the other hand, merely shouted out to another influencer amid a social media competition where they would get the chance to be DaBaby‘s date for Valentine’s Day. On his IG, the outlet says, DaBaby shouted out to India Love’s take on the Masterpiece Challenge on TikTok.
Dani Leigh confirmed that she and DaBaby had broken up on her Instagram after she wrote, “officially single,” alongside a black-heart emoji. It was in her IG Stories, and the couple has appeared to unfollow each other as well.
RELATED: Vivica A. Fox Has Something To Say About Dani Leigh’s Latest Music Release
https://www.instagram.com/p/CK__NBABAJd/
Followers of the former flames know Dani Leigh was recently in the headlines over allegations that she was perpetuating implicit racism, more specifically, in the form of “colorism.”
Interestingly, Leigh came out to refute the criticisms against her not long after Mulatto announced she would be changing her name in the coming months. In case you missed it, sources said Mulatto was in the process of changing her official stage name sometime in the near future and probably before an album drop as well.
The rapper previously stated she had to change the name because a lot of people assumed she was trying to insinuate lighter-skinned black women were better than dark-skinned black women.
Dani Leigh had to address the criticism as well after she released the song, “Yellow Bone,” which apparently was an insinuation that lighter-skinned black women were also better than darker-skinned black women, although, Leigh came out to say this was definitely not the goal of the song.

Miley Cyrus Prepared Like A ‘Madwoman’ For Her Super Bowl Performance – Details!
Phoebe Bridgers Falls To The Floor, Screams Wildly, And Smashes Her Guitar On SNL, See The Video
Comment