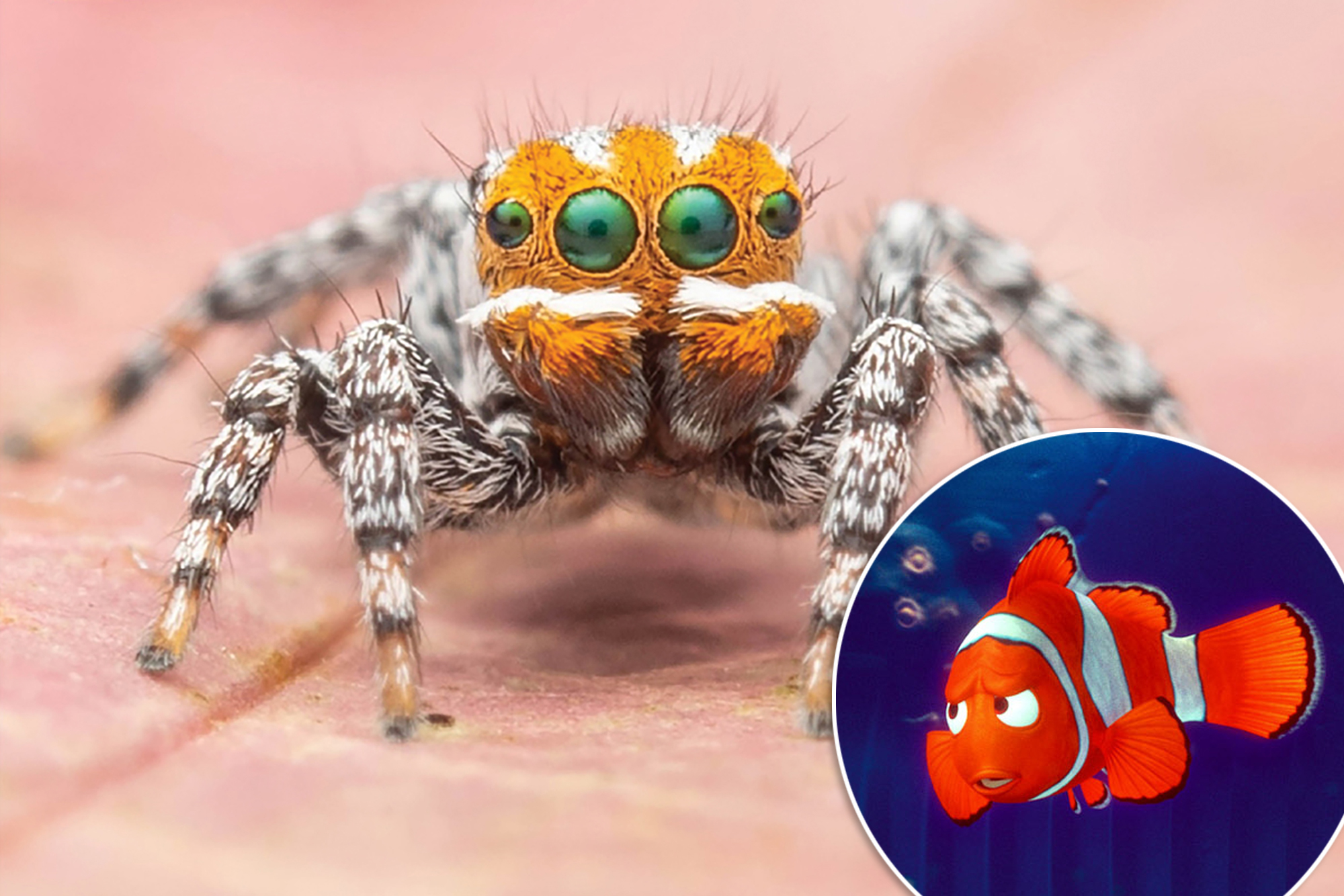 The Maratus nemo, a newly discovered peacock spider named after the animated clownfish Nemo, is anything but an ordinary arachnid.

Native only to the Australian continent, the Maratus nemo is no bigger than the size of a long grain of rice — which is a shame considering it’s one of the most vibrantly colored spider species on Earth.

Like the name “peacock” suggests, they’re also known for putting on a show in hopes of finding a mate.

In a new paper published in Evolutionary Systematics on Thursday, researcher Joseph Schubert described the newest member of the peacock spider group.

“It has a really vibrant orange face with white stripes on it, which kind of looks like a clownfish, so I thought Nemo would be a really suitable name for it,” said Schubert, an arachnologist and taxonomist for Museums Victoria, in an article published on their website.

The Maratus nemo was discovered on a nature reserve in Victoria, Australia.Pensoft

The aptly named Nemo wasn’t easy to find either. If not for social media, Schubert may not have known the spider existed.

“He had a plain back but his orangey-red face is what stood out and I hadn’t seen anything like it before, so I knew it had to be a new one,” said Sheryl Holliday, an ecological field officer for the Nature Glenelg land trust in Victoria, of the male Maratus nemo.

The female counterpart, as is common across the animal kingdom, is more subdued with muted orange and gray coloring.

In fact, many within the Maratus genus have emerged only during that past decade, thanks to advanced mobile technologies — high-resolution smart phone cameras, for example — and a burgeoning community of citizen scientists online, eager to share unique specimens they’ve spotted in the field.

Ten years ago, there were just 15 different identified species of peacock spider; now, there are at least 92.

“I think peacock spiders have captured the public’s attention just because they’re really, really cute for spiders,” said Schubert. “They’ve got these massive forward-facing eyes and you can relate to them.”

He’s eager to discover more peacock spiders, which fall under the jumping spider family Salticidae — containing over 600 genera — as species loss looms due to habitat destruction, rampant wildfires and pesticides.

“Roughly only 30% of Australia’s biodiversity has been formally documented scientifically, so this means that we could be losing species before we even know that they exist,” said Schubert.

“It’s really important that citizen scientists get out there and are looking for things because scientists like myself can’t be everywhere at once,” he added.

There are currently at least 92 different species in the peacock spider group, which falls under the jumping spider Salticidae family, containing over 600 genera.Pensoft