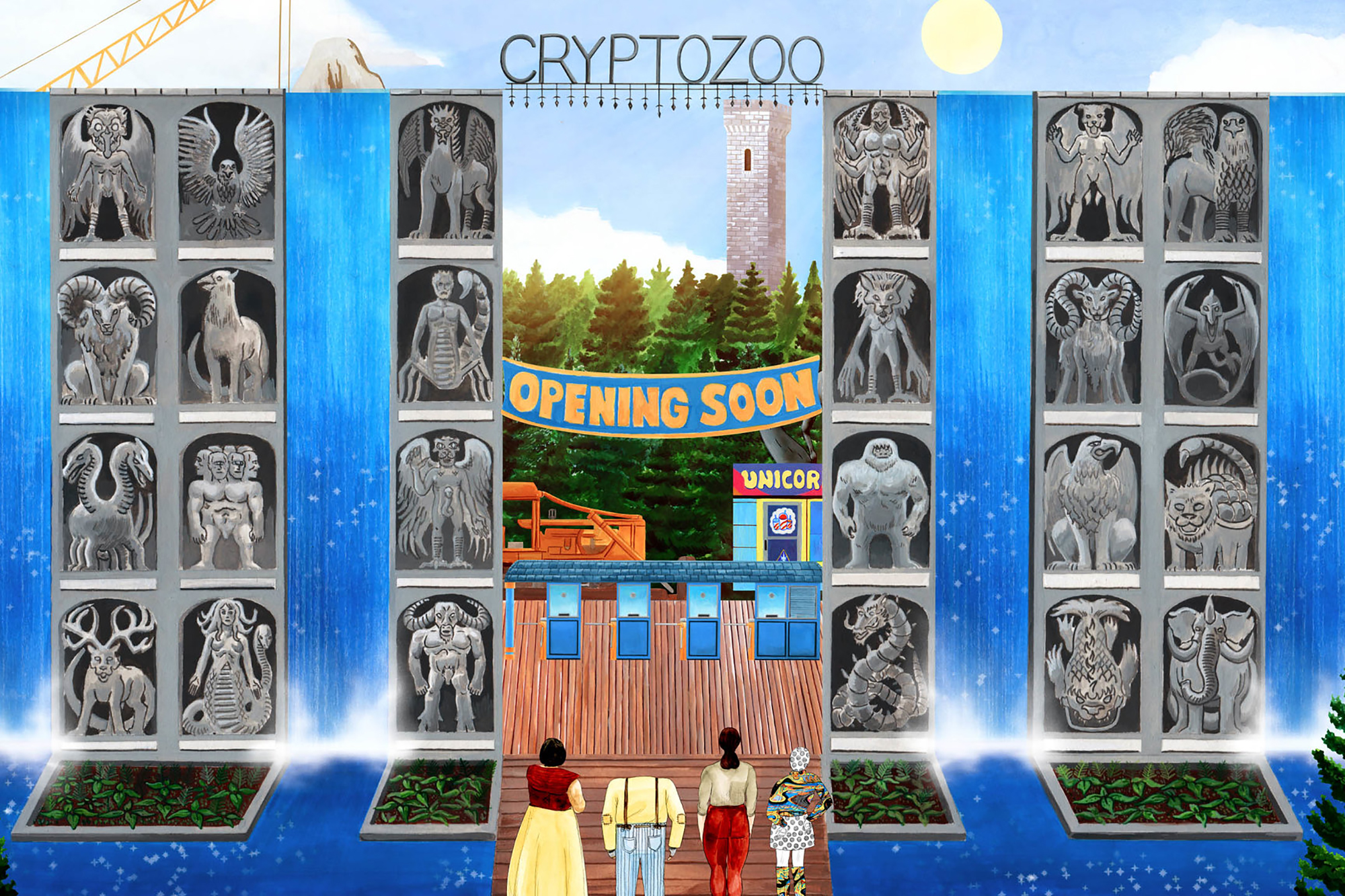 The animated film “Cryptozoo” begins with a nude hippie grabbing a rock and violently bashing in the head of a unicorn, who just impaled her boyfriend. This should have raised a red flag.

But I kept watching — and wincing — for another 90 obnoxious minutes.

Director Dash Shaw’s movie, which premiered Friday in the Sundance Film Festival, imagines a world in which mythological creatures coexist with modern humans. It’s like Narnia, only instead of Christian allegory, we get a lot of “f–k”s, warped sex scenes, brutal deaths and the clarity of a blindfold.

Called cryptids, the beasts are often sold by sleazeballs on the black market for big bucks, and our heroine, Lauren Gray (voiced by Lake Bell), is determined to stop the evildoers.

A particularly endangered cryptid is the Bakku, a Japanese storybook creature that looks like a handheld vacuum cleaner and is said to feast on our nightmares. America seeks to weaponize it.

“The US government wants to harness the power of the Bakku to wipe out the dreams of the counterculture,” we learn. Sounds good to me!

One such drug-fueled fantasy comes from the aforementioned impaled boyfriend at the film’s start: “Oh babe, I had the coolest dream last night,” he says. “We were in Washington, DC, like, thousands of people. We were storming the Capitol. The pigs were there guarding it, but we broke through. And we started a whole new perfect society where everyone was equal. It was a sweet trip.”

Sweet trip or not, maaaan, it’s pretty hard to root for storming the Capitol these days.

It’s a challenge to rally behind anybody here. Lauren and Co., including an old activist-scientist named Joan (Grace Zabriskie) and a gorgon (think Medusa), race to recover the Bakku before it’s too late, but their journey is monotonous.

“Cryptozoo” is, from start to finish, a pothead’s pastime. It’s a less-funny Adult Swim cartoon that drags on far too long for the little emotional investment it cultivates. The voice acting, no matter how urgent or high-energy the scene, is creepily breathy, like a couple of guys in hemp shirts staring at clouds.

The hand-drawn animation, however, is sporadically cool. That style is rare to see in the age of Pixar; even the famed Japanese Studio Ghibli’s latest film is CGI. The colors here distinctly pop and the sequences are cleverly imagined and visually appealing.

It’s just that I’d rather they were hanging on my wall.