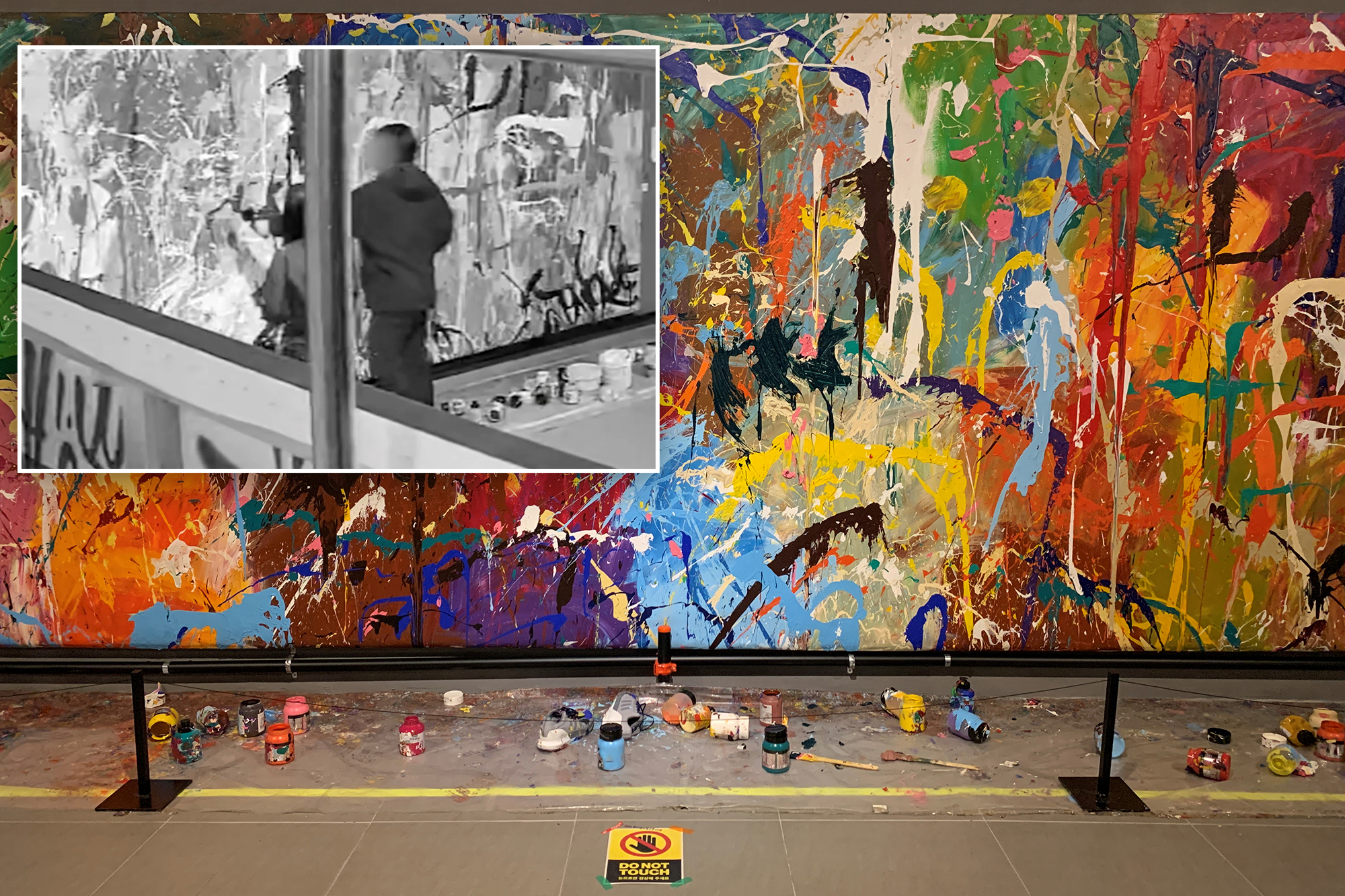 A South Korean couple mistakenly tarnished a half-million dollar American artwork when they painted over it, as seen in a cringeworthy clip.

“They thought they were allowed to do that as participatory art and made a mistake,” said Kang Wook, head of the exhibition at Seoul’s Lotte World Mall, where the accidental vandalism took place, Reuters reported. The damaged 95-by-275-inch untitled piece was painted by Paris-based artist JonOne, a k a Harlem-born John Andrew Perello, before a live audience in 2016 — and is valued at a whopping $500,000.

Arranged in front of the abstract opus were the paint cans and brushes used in its creation. They’re considered part of the piece, which may have given the aforementioned pair the wrong impression.

Indeed, CCTV footage shows the impromptu impressionists picking up the tools and adding their own dashes of paint to the work à la the Joker’s museum makeover in 1989’s “Batman.” The clip concludes with a closeup of the “reimagined” artwork, which now sports three ugly black splotches.

The artwork was splashed with paint by two people who apparently didn’t realize it was not appropriate.REUTERS

After reviewing the clip, authorities apprehended the Van-dal Goghs at the mall. However, they subsequently turned them loose when the gallery decided not to press charges, as the graffiti job appeared to be an innocent mistake.

“We are currently in discussions with the artist about whether to restore it,” said Kang of the damaged display.

In the meantime, they’ve cordoned off the exhibit with wire fencing and put up a “Do Not Touch” sign to deter others from adding their own “tag”-lines.

On the bright side, the incident has reportedly prompted a surge in inquiries about the display.

The culprits were caught on CCTV footage.REUTERS

This isn’t the first time taggers have treated someone’s art like a communal mural. In February 2020, vandals ruined a Valentine’s Day painting by UK graffiti maven Banksy just 48 hours after its completion.

Arranged in front of the abstract opus were the paint cans and brushes used in its creation, which may have given the wrong impression.REUTERS