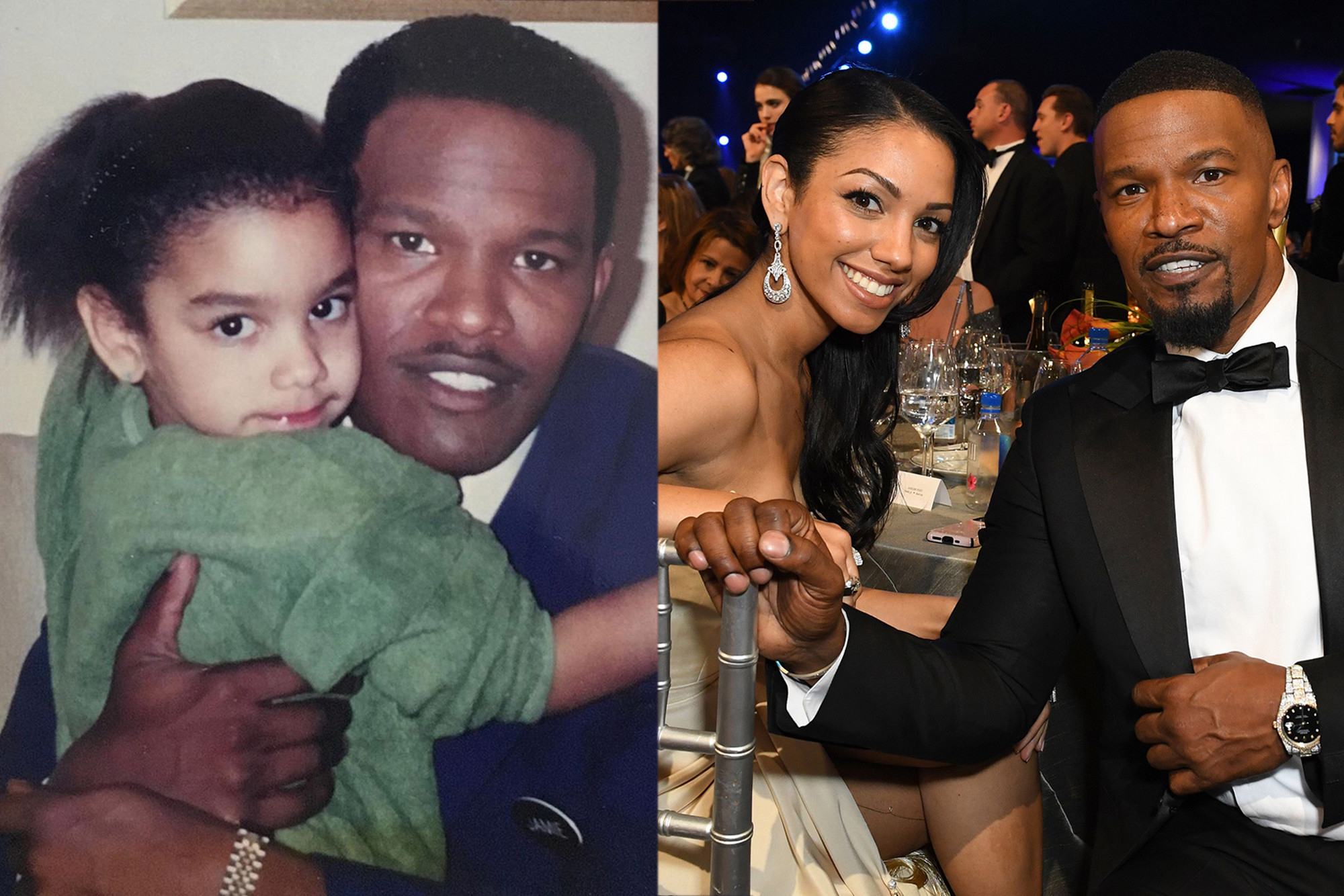 Growing up, Corinne Foxx was mortified by her famous father: Jamie Foxx.

For years she and her Oscar-winning dad would regale family and friends with tales of how he regularly embarrassed his oldest daughter — and even scared away her boyfriends while wearing “such tight pants” that were “too young for him.”

Now, they’ve taken those tales of angst and turned them into the new Netflix series aptly titled, “Dad Stop Embarrassing Me!,” in which the “Soul” star, 53, plays a single dad whose strong-willed teenage daughter moves in with him.

When asked on a scale of one to 10 how truly embarrassing the “Ray” superstar was, Corinne, 27, told The Post that her Pops topped out at 15.

“When you look at these stories now you can laugh, they’re hilarious,” she explained. “When you’re in the moment and it’s happening to you and you’re a teenager and everything feels like the end of the world … It felt like the worst thing that could happen was him showing up at my soccer game in a tight leather jacket. ‘Gosh, why is he doing this?! Nothing could be worse than this!’ “

Corinne, whose mother is Jamie’s ex-girlfriend Connie Kline, said that now she has a very close relationship with her father — but things weren’t always so rosy.

“My dad was very over the top, very charismatic,” she said. “I was more reserved and quiet so we had these funny moments of tension or him embarrassing me.”

“Now, I’m at the age where I can appreciate all of his quirks and him being over the top and I definitely have a new perspective on all of his antics now,” the former Miss Golden Globes continued. “We’re incredibly close and I think we always had this yin and yang relationship where he was really over the top and I was more reserved and that’s where in my teenage years a lot of conflicts happened. But now I think we can appreciate those qualities in one another and we use that creatively to our advantage.”

Corinne, who says they secured a deal with Netflix by essentially pitching her angst-filled teen diaries, started as a producer on the sitcom — which also stars her dad’s former “In Living Color” co-star David Alan Grier — and was promoted to executive producer halfway through filming.

“The first couple of weeks I felt like a fish out of water and scrambling to do everything,” she said. “I was like, ‘What is my job description?’ and they were like, ‘You just do everything!’ I think it was a big learning curve. I think a lot of it was being a woman and young and finding your voice in the room and speaking up and sticking to your guns on certain issues. Those were things I had to build my confidence on. Not to say anyone was difficult to work with, it was just my own journey to go through.”

Another project of the USC alum is the weekly podcast “Am I Doing This Right?”

“I speak a lot about de-stigmatizing mental health especially in the black community,” she said. “There’s a lot of stigma about asking for help, and I feel like the more I can talk about my journey with my own anxiety then more people will feel comfortable seeking help.”

Corrine also revealed that she’s “been in therapy since I was 14 and I have a lot of coping skills, so it’s definitely in a better place right now. I get anxious about all the normal things — but especially living in today’s world where the news just seems to get worse and worse. Tuning out the news and mediating have really helped me.”