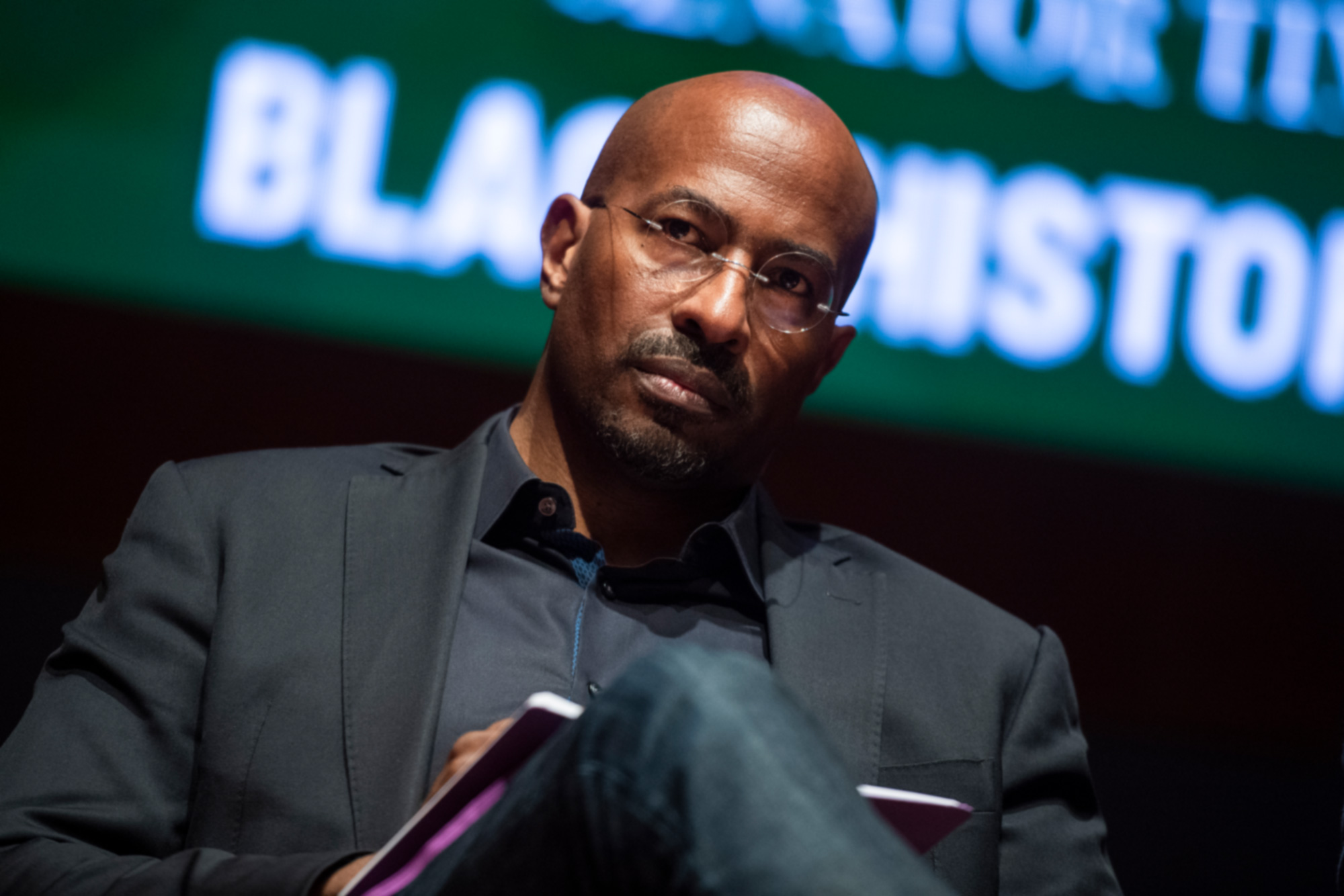 CNN pundit Van Jones did not get the warm welcome he was expecting when he appeared on ABC’s “The View” last Friday.

“He felt like they were rude, and he was completely blindsided by how they questioned him. He was not happy about how the interview went. It was unprofessional,” a TV source told Page Six.

Jones appeared on the show to promote his new documentary, “The Reunited States,” produced with “The View” co-host Meghan McCain. But the interview took an unexpected turn when the show’s Sunny Hostin, and part-time co-host Ana Navarra, took Jones to task for his past association with the Trump administration.

“There are those who really accuse you of being an opportunist, a chameleon so to speak, who provided a racial cover for former disgraced, twice impeached, President Trump… People in the black community don’t trust you anymore. What is your response?” Hostin asked him.

Navarro followed up by saying: “You’ve lost a lot of people who trusted you, and who saw you as a voice, because of the positions you took during Trump.”

We’re told that McCain was also blindsided by her co-hosts’ confrontational approach.

“[Van] expected a friendly environment, and I don’t think Meghan even knew there was anything controversial about him. It was how they asked the questions that was off-putting. It was shocking how intolerant they were,” the source explained.

Another source told us that Jones was livid, and that he confronted producers after the segment. “He told them, ‘I didn’t expect to be ambushed,’” our source said.

Jones was still tweeting about the incident on Monday morning. “I was there to promote a film… about people listening across the lines of difference,” he wrote. “Ironically, the need for the film was made more apparent by some of the co-hosts.”

But another insider familiar with the incident insisted that the guest knew about the questions beforehand, and blasted Jones for for attacking Hostin and Navarra on social media.

“Producers told him they would question him about his flip-flopping. Sunny and Ana, like many other influential voices, gave Van the chance to not only address his conflicting political positions but also his cozy relationship with [Trump],” they said.

“It’s unfortunate that instead of addressing the very real distrust of him within the black community, Van chooses to attack two women of color via social media, hiding behind the guise of ‘unity,’” they continued. “Van is taking a page from Donald Trump’s playbook, whom he called the ‘uniter-in-chief’ in 2018. His exposure as a persona non grata in the black community is clearly jeopardizing his grift.”

A spokesperson for “The View” said Jones did not complain about his appearance. “This is nonsense. None of the producers heard from Van after his appearance. He more than held his own, and clearly you have to be ready for anything when you come to ‘The View,’” they said.