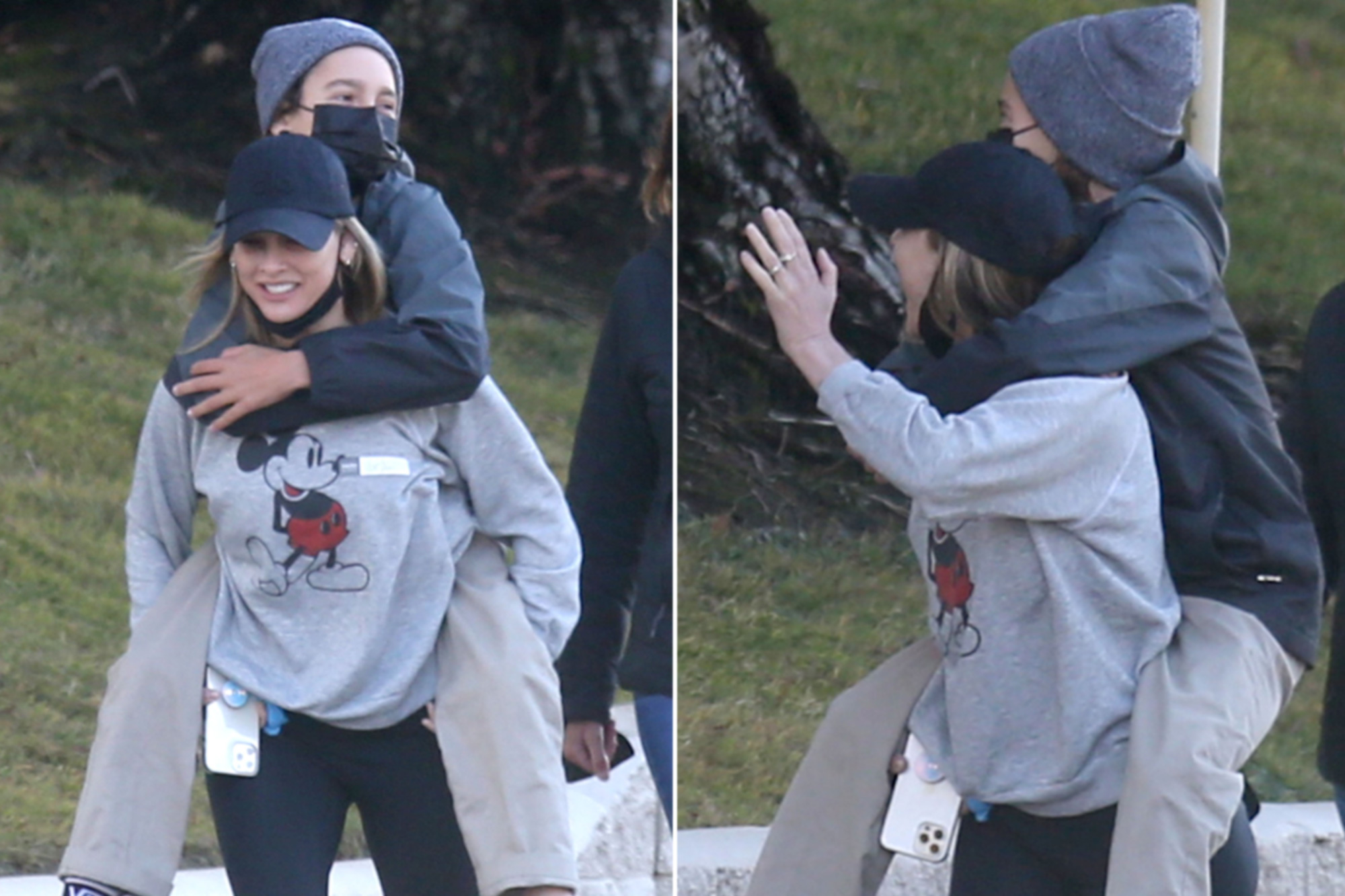 The “Bachelorette” alum was photographed out walking in Sacramento, California Monday with a ring still conspicuously occupying real estate on her left hand.

Crawley, 39, was accompanied by a female friend and a child, who snagged a piggyback ride from Crawley. Despite the pall hanging over her and Dale Moss’ breakup, Crawley looked to be in high spirits, clad in a Mickey Mouse sweatshirt and leggings.

As she waved to someone off-frame, it’s clear that Crawley is wearing a ring — though not necessarily the ring — on her left-hand ring finger. It’s presumably the Miss Diamond Ring by Michelle Demaree ring she wore throughout her time on the show, which she said she donned as “a commitment to myself first and foremost, to embody self-love.”

“This is my promise to myself,” she explained on Instagram. “To make sure I always had enough self-love that no matter what happened, I was committed to loving myself unconditionally, and that is something no man could take away from me.”

Moss — who got engaged to Crawley last year following a whirlwind relationship on Season 16 of “The Bachelorette” and then confirmed they had parted ways last week — went on the defense this week.

“There’s no one person to blame” for their split,” he said on Instagram on Monday, adding, “Building a relationship, in general, is tough, especially when you’re doing it in the public eye, and the media will take things and run with them.”

“People will spread lies or always want to point the finger, but the fact of the matter is, there’s no one person to blame in this situation,” he continued, saying that he and Crawley experienced “ups and downs,” but that he “wanted nothing more than to make this relationship work.”

Cheating allegations have surrounded Moss, 32, recently. Eleonora Srugo, whose name was liked to Moss, has vehemently denied the two were ever romantically involved.

Best star snaps of the week: The furry and the famous