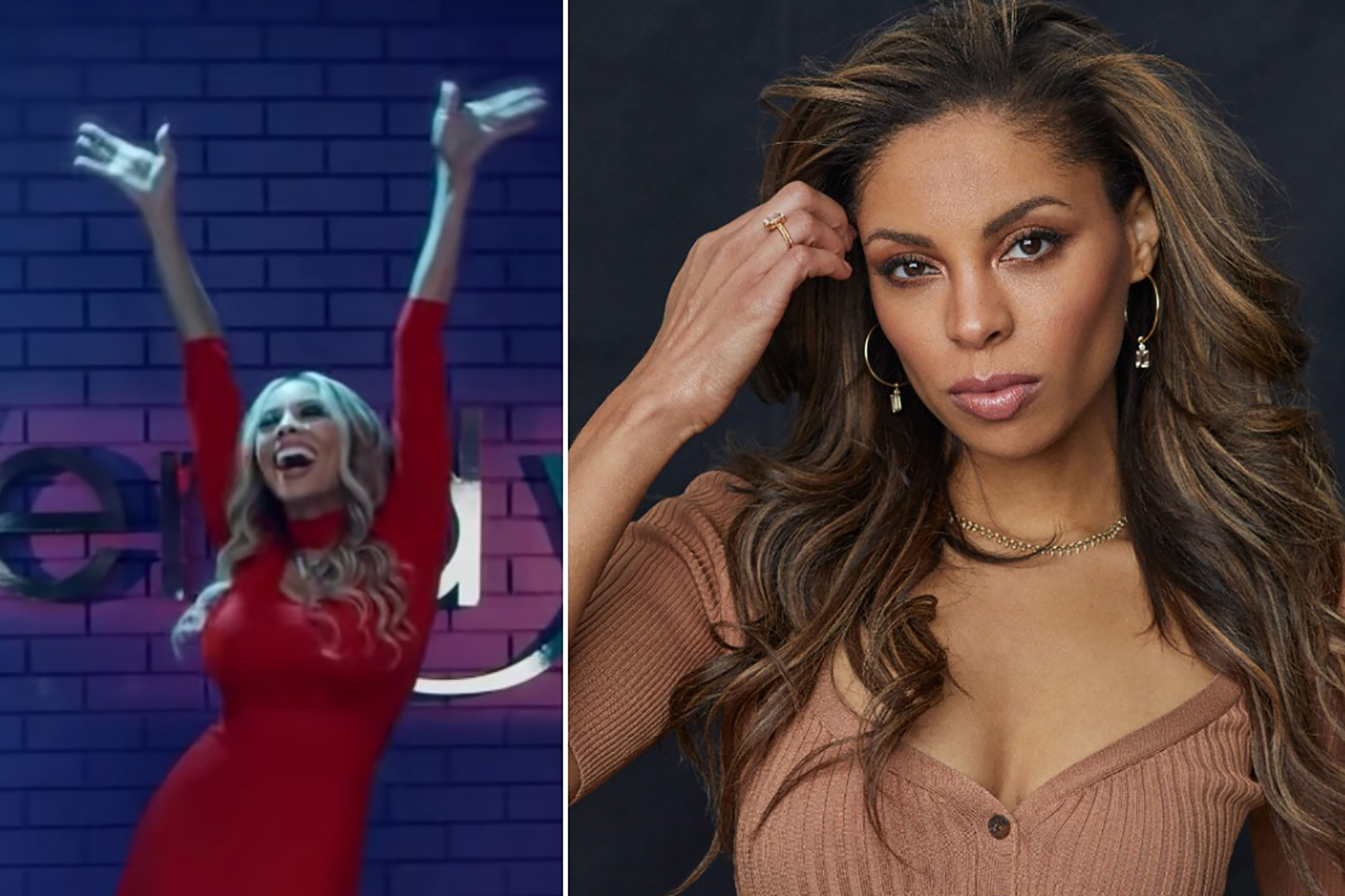 Ciera Payton admits that one of the “most challenging things” playing Wendy Williams was getting the boobs right.

The New Orleans native told The Post that the producers and wardrobe people for Lifetime’s upcoming “Wendy Williams: The Movie” had numerous meetings “trying to figure out how to make it look realistic.”

Finally, Payton raised her hand and mentioned that in her biopic audition she employed socks and silicone cutlets “and that worked.”

So the wardrobe department purchased presumably a massive quantity of socks “and we taped and pushed up.”

“We had a lot and they were very, very heavy, and quite honestly I don’t know how she does it,” Peyton said, with a laugh. “Myself and what I have on my body is extremely humble.”

The 35-year-old actress revealed that she was “very sore” by the end of each day but was able to get massages to alleviate some of the back pain.

Peyton said that she began preparing to play the outspoken talk show host before she had even snagged an audition for the revealing film, which premieres at 8 p.m. Saturday.

Last summer, Peyton said people began tweeting and tagging Williams, 56, telling her that Peyton should play Williams, if a movie was ever made about the media personality’s life.

“I’m a big believer in once you kind of put things out there and start doing the actions,” Peyton said, “and I thought if this happens I want to be prepared. So I started brushing up on my Wendy Williams and watching her show and, lo and behold, in January 2020, I had the audition and had the callback and got to meet with the producers and got it.”

‘I just find her to be so resilient and fascinating.’

“The Oval” star said that there is much to admire about Williams, who in recent years has divorced her allegedly philandering husband Kevin, been open about her history of drug addiction and battled Graves’ disease.

After playing Williams, Peyton said she has a “newer and deeper respect and admiration for her journey … I just find her to be so resilient and fascinating.”

In addition to her increasing workload, Peyton also manages her nonprofit organization, the Michael’s Daughter Foundation, which provides arts programs for kids impacted by incarceration. It’s a cause that has a very personal connection: Peyton’s father spent time incarcerated due to substance abuse.

“My father played a big part in raising me growing up. He did raise me and he was one of the most amazing people and so fun, and that was just of the things he struggled with — substance abuse,” she said.

“A lot of what prison is supposed to be is rehabilitative,” she said. “It’s a system that [definitely] needs to be reformed. Humanizing the people behind bars is key. A lot of the work I do is preventative measures. I want young people to look at how they can break those cycles in their families.”