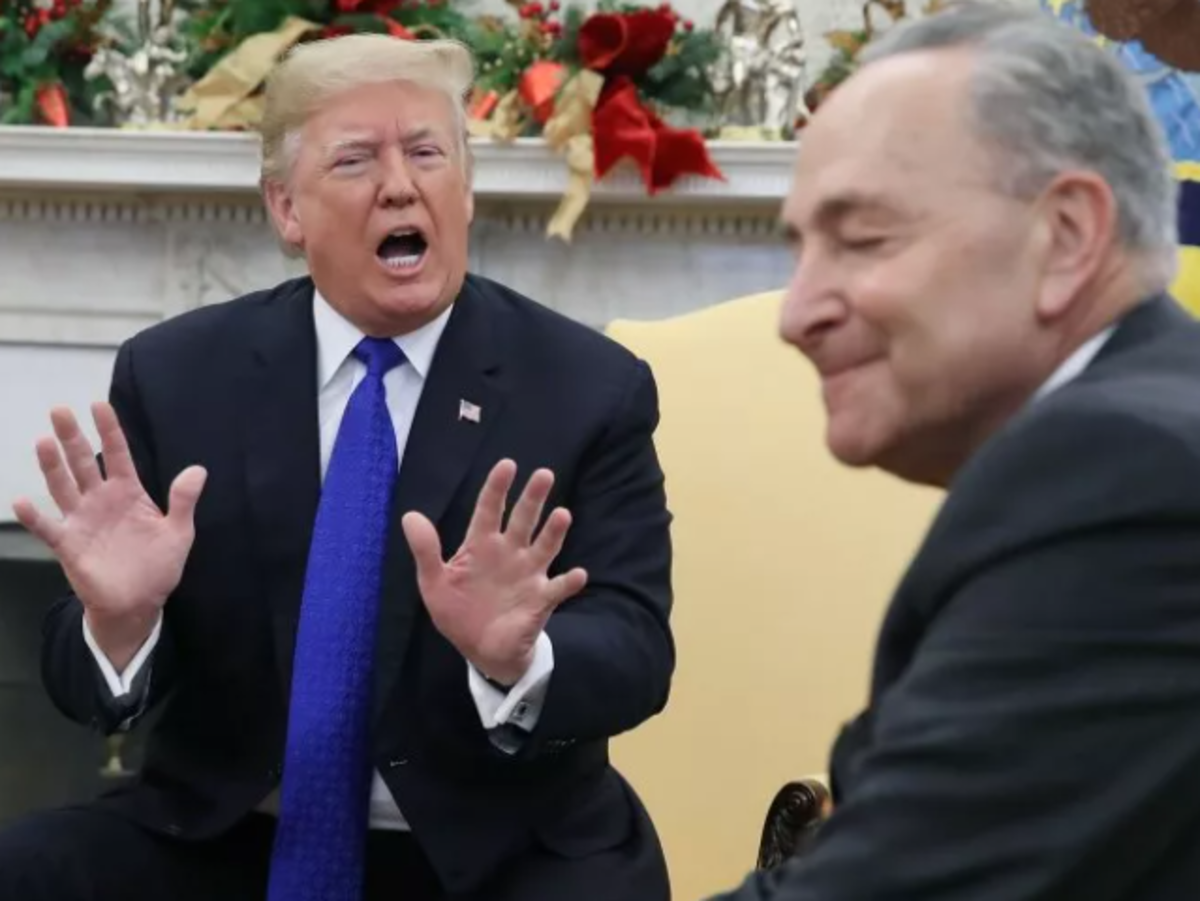 The hammer is coming down hard against Donald John Trump and his impeachment trial is moving forward. House Speaker Nancy Pelosi is expected to bring the articles of impeachment against Donald Trump to the Senate on Monday, where the action will move forward. Though many in the GOP were hoping that Democrats would put an end to the upcoming procedural event, Chuck Schumer emphatically stated the trial would go forward. It is expected to begin on February 8, 2021.
During his address to Congress on Friday, Chuck Schumer made a huge gaffe — one might even refer to it as a ‘bigly’ gaffe. While Schumer was speaking in what was a televised event on networks such as C-Span, Schumer had a slip of the tongue when he came to the word ‘insurrection.’ Though Schumer was reading from prepared notes, he stumbled over the word insurrection and accidentally said ‘erection.’
RELATED: Ellen Page Sends Support To Jussie Smollett As She Calls Out LGBTQ Hate In President Donald Trump’s America »
Chuck Schumer told listeners that during the trial, the Senate would have to ask themselves if Donald John Trump incited an ‘erection’ against the United States.
As you may imagine, the jokes and memes quickly flooded social media sites. Videos of Chuck Schumer speaking and making the gaffe went viral.
One person stated this.
RELATED: President Donald Trump Leaves Viewers Baffled By Speaking About How God Guided Him To The White House »

Chuck Schumer from the senate floor today: “Donald John Trump incited the ERECTION, insurrection against the United States.” If you or a loved one has had an erection lasting four hours incited by Donald John Trump then you may be entitled to financial compensation.

If you or a loved one has had an erection incited by Donald John Donald John Trump then you may be entitled to financial compensation https://t.co/8spbckocCx
— redacted (@gothpalindrome) January 22, 2021

Here is another video showing the gaffe as it took place on Friday.

Chuck Schumer had confirmed on Twitter that the trial would go forward.

I have spoken to @SpeakerPelosi. The articles of impeachment will be delivered to the Senate on Monday.
Make no mistake: There will be a full trial. There will be a fair trial.
— Chuck Schumer (@SenSchumer) January 22, 2021

Another person didn’t speak about Schumer’s gaffe but instead talked about how much work President Joe Biden is getting accomplished in the first few days of his administration.

Watching the Biden admin actually working – every day and stuff – is kind of disorienting. We aren’t used to daily, factual press briefings and competent people publicly laying out plans and making sense and its good for the country .. mind blowing! so NOT Donald John Trump

What do you think about Chuck Schumer’s gaffe and Donald Trump’s impeachment trial? Do you think he should be impeaced?
Advertisement