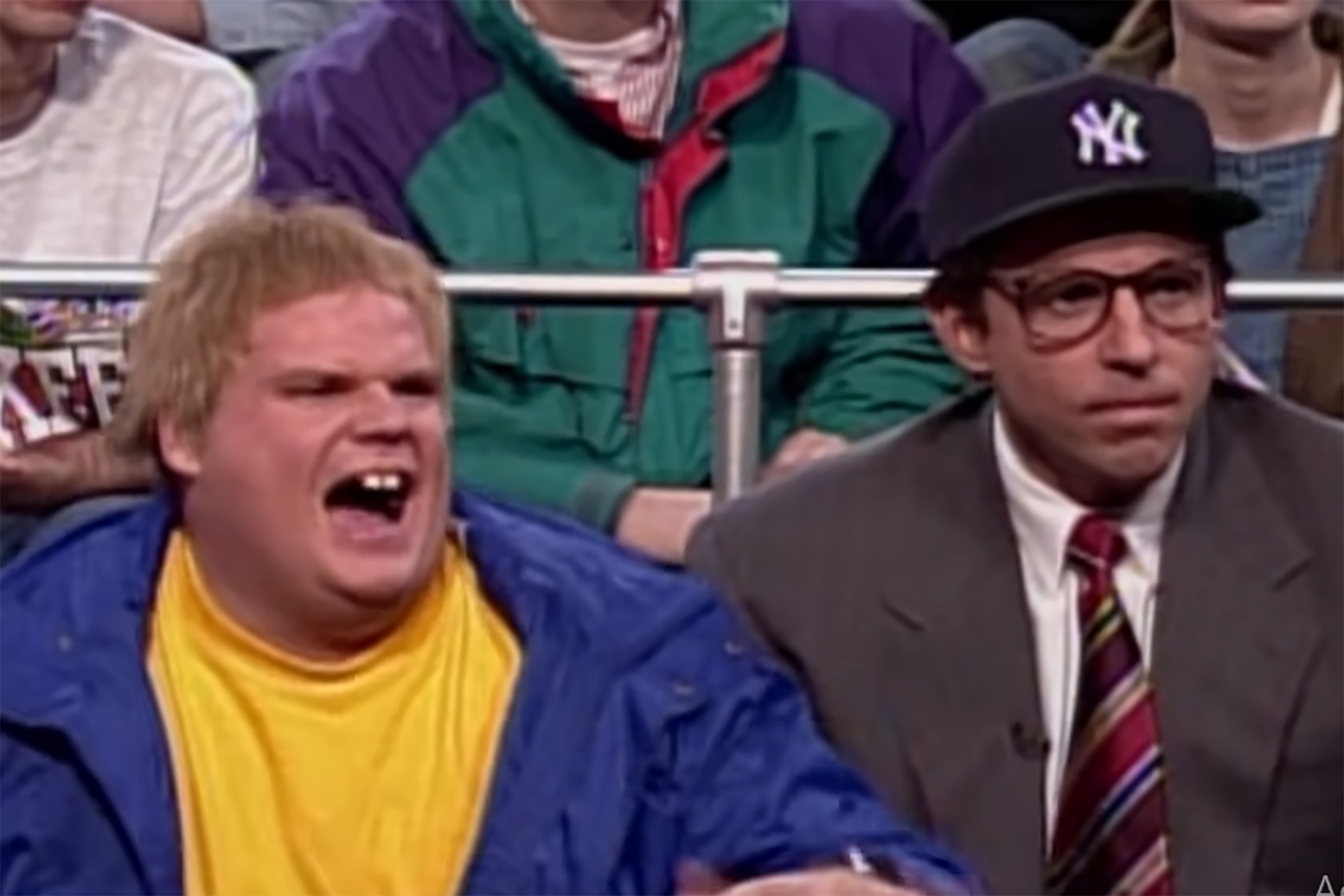 It was only a matter of time.

When Rudy Giuliani’s son, Andrew, announced his plans to run for governor of New York earlier today, social media celebrated in snarky style: by shouting out the classic “Saturday Night Live” sketches in which the former NYC mayor’s progeny is portrayed by the late Chris Farley.

“Seeing Andrew Giuliani trending only makes me miss Chris Farley,” tweeted one “SNL” fan in reference to the hilarious skits.

Another wrote, “Andrew Giuliani is running for mayor. Really?” No, but: “Can’t help but think of Chris Farley.”

Farley, who died in 1997 at 33 after 17 stints in rehab, struggled his whole adult life with drug and alcohol addiction. But die-hard fans look back to his tenure on “SNL” as one of the best in the show’s history, often recalling his over-the-top impressions like the one of Andrew, and of course, his iconic Chippendales bit.

The 1994 “SNL” sketch of Andrew Giuliani (left, played by Chris Farley) accompanying his father at his mayoral inauguration is going viral after the younger Giuliani announced a plan to run for governor of New York.

In one of the immortal Giuliani sketches, titled “Opening Night Yankee Stadium” from “SNL’s” 19th season in 1994, Farley’s Andrew can be seen acting obnoxious at Yankee Stadium.

Another depicts the “SNL” legend parodying the 7-year-old’s infamous attention-seeking antics during his father’s inauguration as mayor in 1994.

If he does enter the gubernatorial race, the younger Giuliani will be going toe to toe with Democratic Gov. Andrew Cuomo, who is currently mired in a torrent of scandals involving sexual misconduct claims and his handling of nursing homes during the pandemic.

Rudy Giuliani (center) with his children, Caroline and AndrewRon Galella Collection via Getty

Andrew, who is married to real estate exec Zivile Rezgyte, appeared confident in the prospect of running the state — despite the inevitable resurfacing of the embarrassing parodies.

Andrew Giuliani said he plans to run for governor of New York.Getty

And the skits weren’t the only moment of Andrew’s past that the social media masses were remembering Wednesday.

In 2008, Andrew was dismissed from the Duke golf team, and he filed a lawsuit over the action, leading some insiders to label him “entitled.” A judge eventually dismissed the suit.