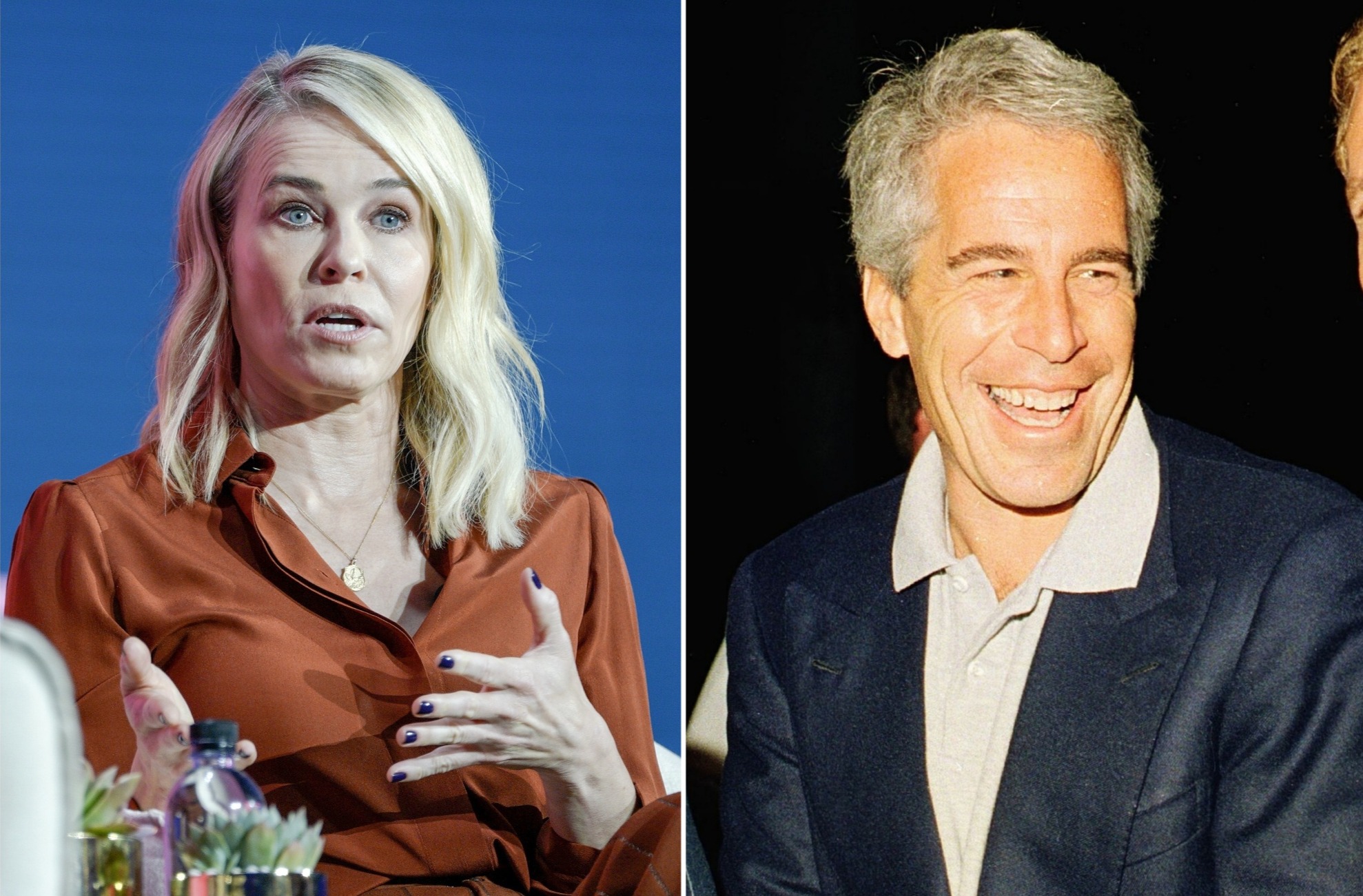 Chelsea Handler was admittedly freaked out while attending a celebrity-packed dinner party at Jeffery Epstein’s home.

During her Wednesday appearance on the “Literally! With Rob Lowe” podcast, Handler, 45, detailed the unusual evening with the financier, who reportedly died by suicide in jail while being held without bail pending trial on child sex-trafficking charges.

“I did go to dinner at Jeffrey Epstein’s house,” Handler told Lowe. “I didn’t know who Jeffrey Epstein was. It was like twenty — I don’t know what year it was but it was a long time ago. I went with Katie Couric. Woody Allen and Soon-Yi Previn were there. Charlie Rose was there.”

“I was at that dinner party, but not for very long,” she continued. “When we got there I was like, ‘What is this gathering?’ Oh yeah, Prince Andrew was there with — no, with no one. He was there with Jeffrey Epstein.”

“Yeah, we had dinner and it was so awkward and so weird,” the comic added. “I was like what are we doing here? And then I asked Woody Allen how he and Soon Yi met and that was when I left.”

“Wait a minute,” Lowe interrupted. “You asked Woody Allen how he and Soon Yi met?”

Previn is the adopted daughter of Allen’s ex, Mia Farrow.

“At that point of the night I was like, ‘This is such a ridiculous dinner party, who are these people?’ I really was curious. I had forgotten for a moment and so I asked them what I would ask any other couple. But as it came out of my mouth I knew that it was too late and I was like, ‘Oh.’”

“And he loved it, and Soon Yi, I don’t think she heard it and Katie looked at me and was like, ‘Let’s go.’” Handler said with a chuckle.

“But could you consider that a faux pas?” Handler interjected. “I’m not being rude, they are — by marrying your stepchild. Like, that’s rude. So I don’t even consider it a faux pas.”

Handler added that the dinner party was the only time she ever saw Epstein.

“That was a star-studded moment, wasn’t it,” Lowe asked, with Handler responding, “Yes it was, it was very confusing.”