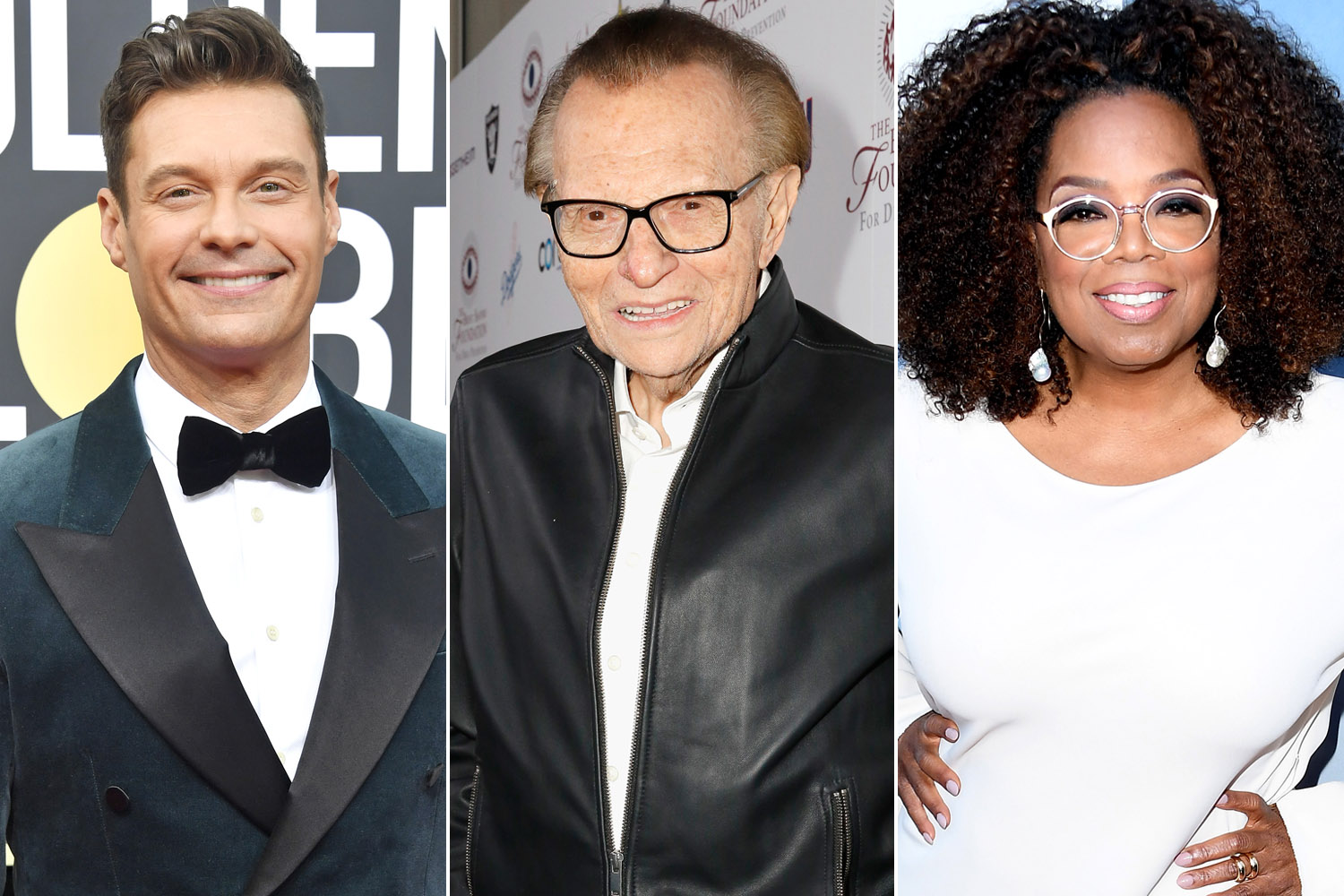 Ryan Seacrest, Celine Dion, and Oprah Winfrey were among those who paid tribute over the weekend to the late Larry King, who died Saturday at the age of 87.

Winfrey, 66, also posted a photo of herself with King, tweeting: “It was always a treat to sit at your table. And hear your stories. Thank you Larry King.”

“I’m sad to learn about Larry King’s passing. He was such a kind gentleman, and he made all of us feel as though we were speaking with a lifelong friend. There will never be anyone like him, and he will be missed by many. My sincerest condolences to his family & friends. Celine xx…,” she wrote.

King died Saturday at Cedars-Sinai Medical Center in Los Angeles. Earlier this month, he had been hospitalized with COVID-19.

Larry King was a friend through thick and thin. A masterful interviewer and storyteller. He helped put CNN on the map by making news through the art of dialogue.. May he Rest In Peace.— Dan Rather (@DanRather) January 23, 2021

When I was a young morning DJ, I listened to Larry King’s overnight radio show every night on my way to work. He was one of the greats and I am glad to have known him “Bethesda, Maryland you’re on the air…”— Jimmy Kimmel (@jimmykimmel) January 23, 2021

On Saturday, King’s sons, Larry King Jr., Chance King, and Cannon King, issued a joint statement in regard to their father’s passing.

“We are heartbroken over our father’s death, and together with our extended family mourn his passing,” they wrote.