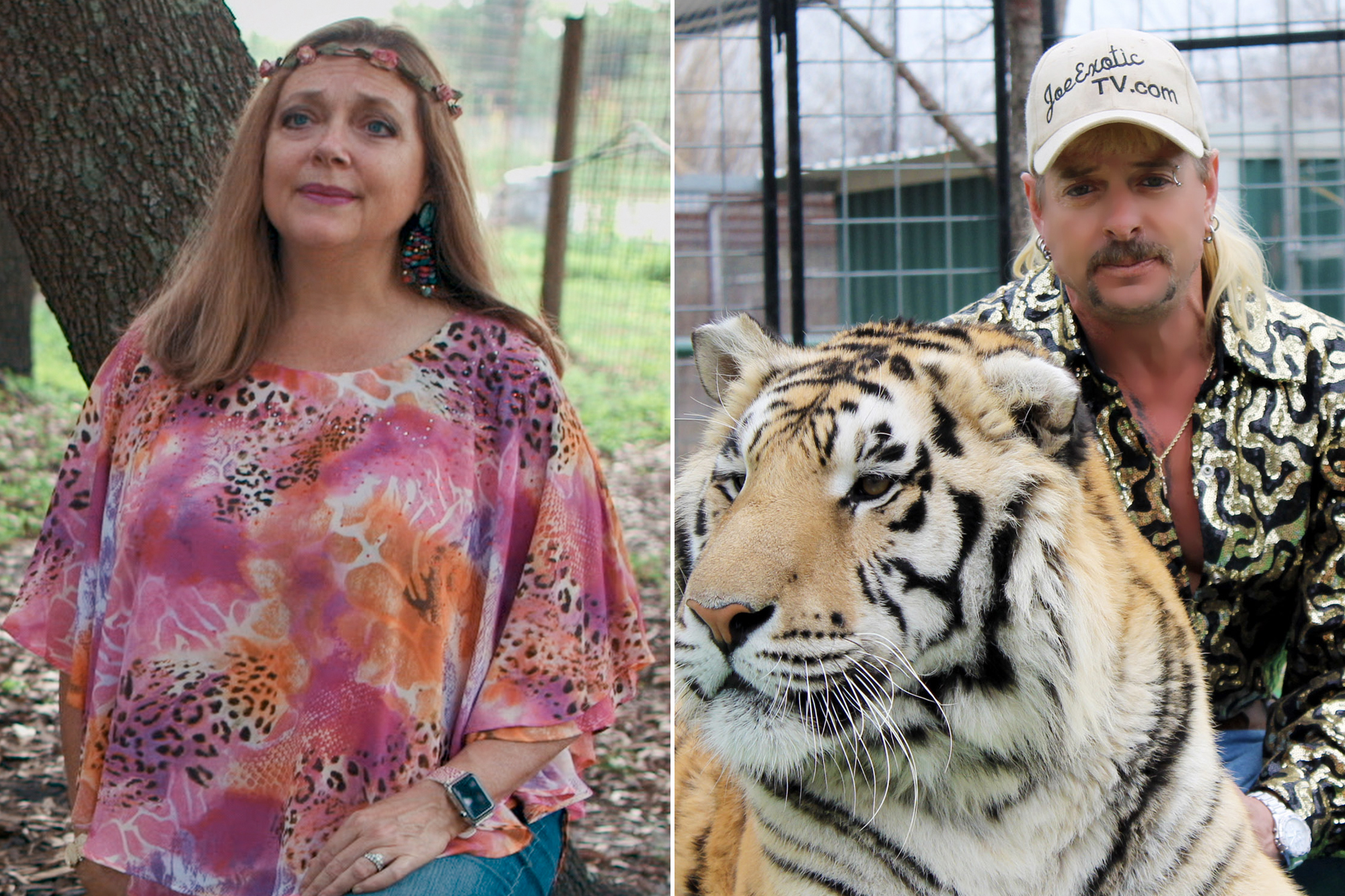 Carole Baskin became a household name in 2020 thanks to Netflix‘s release of “Tiger King.” But the big cat enthusiast still claims the streamer delivered a portrayal of her that wasn’t genuine.

Baskin spoke to Fox News this week where she reflected on skyrocketing to fame seemingly overnight. Shortly after “Tiger King: Murder, Mayhem and Madness” was released in March 2020, viewers jumped to question Baskin’s motives, a result brought on in part by claims made by her rival on the series, Joe Exotic.

“I felt betrayed by them,” Baskin admits. “We worked with the producers for five years. When they came to us they said what they were working on was ‘Blackfish’ for big cats. ‘Blackfish’ showed just a horrible, horrible life for dolphins and whales being kept in these concrete pools. After it, the whole industry of whale shows and stealing whales and putting them in aquariums came to a halt. To do the same for big cats, we thought [a documentary] exposing how the cub petting is so cruel would be great.”

“We were all on board,” Baskin continued. “In fact, they said the name of their show was going to be ‘Stolen Wildlife’ and they said Joe would be in it but in five minutes of it.”

Baskin claims producers failed to mention their decision to careen off course. Instead of exposing big cat cruelty, she said Netflix created a show that spawned a feud with Exotic that doesn’t exist.

“They totally lied to us about what their end product was going to be,” she said. “The whole premise behind [the show] was that it was a feud. For a feud, you have to have two people that are feuding. I’ve never had a conversation with Joe. I’ve never even spoken to him.”

Much like Baskin, Exotic went viral immediately following the show’s release. He’s garnered a fanbase in his own right for the quirky and at times downright outlandish claims he made on the show, some of which accused Baskin of playing a role in the 1997 disappearance and subsequent death of her first husband.

While Exotic is currently serving a 22-year prison sentence for his role in a murder-for-hire plot to target Baskin, she claims the rivalry “Tiger King” viewers saw is far from reality.

“What I do and what he hated for me for is I go after all of the animal exploiters that are exploiting big cats. He was one of many of them who have threatened to kill me. It’s just he’s the one they were finally able to catch and put behind bars. But it was never personal for me. I never said anything personal against Joe,” she said.

Ultimately, Baskin said she feels Netflix was “trying to sell a feud” when it came to creating “Tiger King.”

“I think they had to paint me into this kind of Karen figure that just drove him mad and that’s how this whole thing happened,” she claimed. “Karen” is a pejorative term often used to describe a White, usually middle-aged woman thought to be acting entitled.

‘They totally lied to us about what their end product was going to be.’

Baskin has also dedicated a page on her business’s website to combat some of the alleged “lies” from the series.

Netflix declined to comment when reached by Fox News Thursday. The series filmmakers Rebecca Chaiklin and Eric Goode did not respond to Fox News’ requests, but stood by their depiction of Baskin in an interview with the LA Times last year.

“I would just say we were completely forthright with the characters. With any project that goes on for five years, things evolve and change, and we followed it as any good storyteller does,” Chaiklin said.

Additionally, Goode claimed Baskin spoke about her personal life and claimed the show is “not a ‘Blackfish’ because of the things she spoke about. She certainly wasn’t coerced.”

Despite her frustrations with the public’s persona of her, Baskin’s fame from the series did help attract some lucrative deals for the star. In addition to joining “Dancing with the Stars” and creating a Cameo account, the big cat advocate is working on a new series that she says will focus on her life’s work.

“We are currently in the process with Thinkfactory for a series. The series would be what we actually do at Big Cat Rescue. We expose the people who are abusing big cats. We expose it to the public and we expose it to law enforcement and then we put pressure on law enforcement until they actually do their jobs, which means typically bringing these people to court, taking away their licenses, putting the animals into legitimate sanctuaries,” she said.

KUWTK: Kim Kardashian – Here’s How She’s Reportedly Dealing With The Stress Of Her And Kanye West’s Failing Marriage!
Clare Crawley Breaks Her Silence On The Dale Moss Breakup – Says She Was Blindsided!
Comment